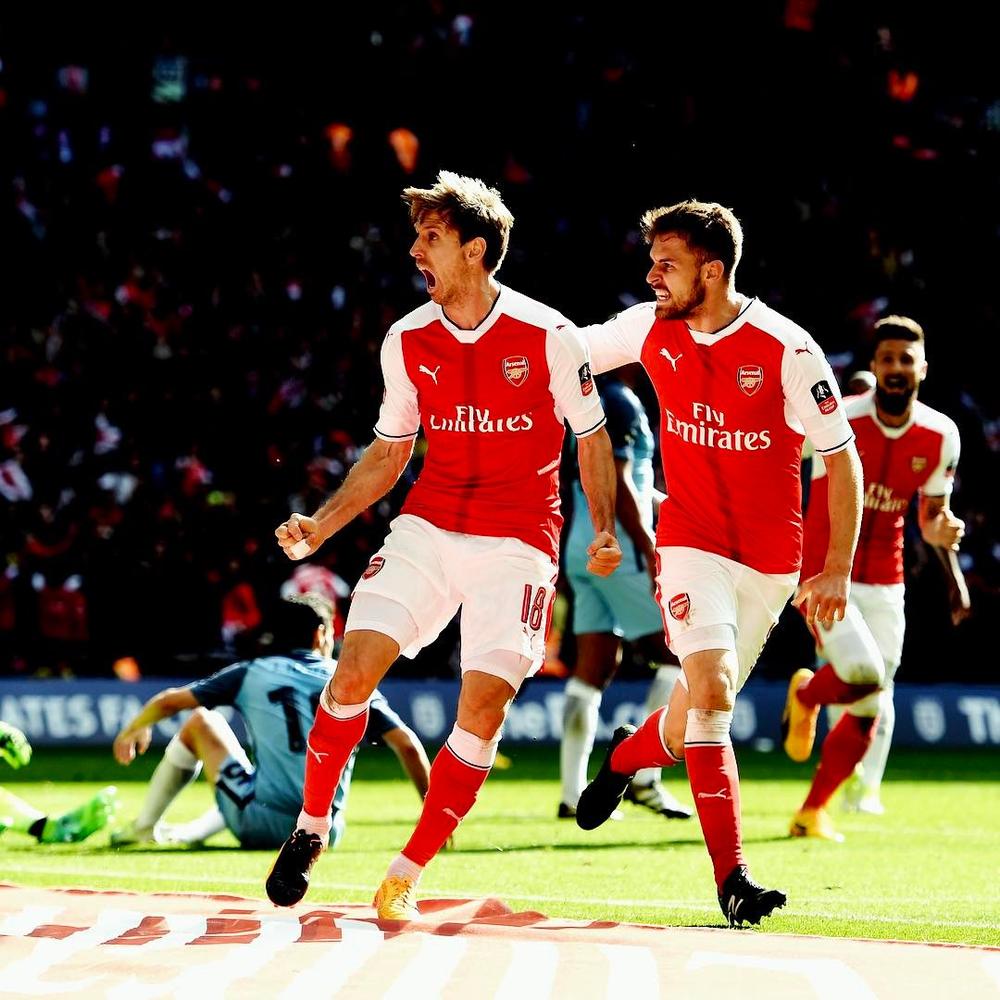 Arsenal have booked a date with Chelsea in the FA Cup Final next month after beating Manchester City 2-1 in extra time at Wembley. Arsene Wenger‘s boys came from behind to edge out City. Sergio Aguero had scored the opener in the 62nd minute after a goalless first half. Nacho Monreal equalised for the Gunners in the 72nd minute, before Alexis Sanchez sealed the victory in the extra time.

Chelsea on Saturday had qualified for the final after beating Tottenham Hotspur 4-2 in a thrilling encounter  at same venue.

Just like the previous Premiership game against Middlesbrough, Wenger played three men at the back with Rob Holding starting out once more in the rejigged defence. The England Under-21 international, making just his 12th appearance in Arsenal colours was partnered by Gabriel Paulista and captain Laurent Koscielny in a backline designed to add stability to a team that had previously been leaking goals. It meant Alex Oxlade-Chamberlain’s eye-catching performance at right wing-back at the Riverside saw him rewarded with another opportunity to impress, while Nacho Monreal continued on the opposite flank.

The only change to the matchday squad saw Danny Welbeck take his place on the bench after recovering sufficiently from a toe injury, with Mohamed Elneny dropping out.