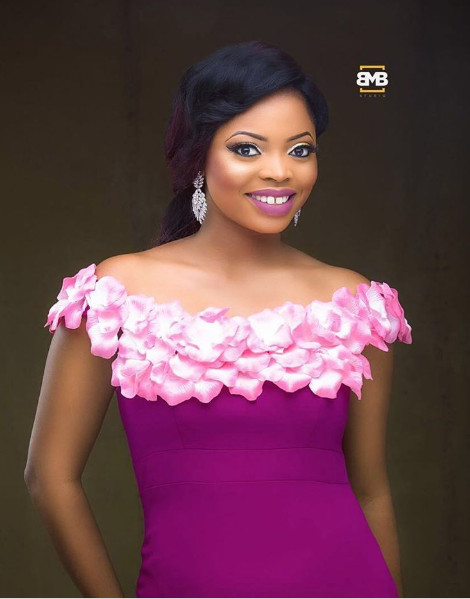 Juliana Olayode aka “Toyo Baby” speaks on her career, her role in popular TV series Jenifa’s Diary, her religious beliefs and abstinence in an interview with Punch.

On being a part of Jenifa’s Diary: I was on my way to church when a friend invited me for an audition. The first time I auditioned, I didn’t do it well but the judges gave me another chance. I wasn’t expecting them to get back to me but they informed me some months later that I had gotten the role. That was my first time on set and I had a lovely time acting alongside experienced thespians like Yemi Solade and Tina Mba.

Working with Funke Akindele-Bello and playing Toyosi in Jenifa’s Diary has been a beautiful experience. Funke is very versatile, hard-working and a disciplinarian. She always takes her time in anything she does because she always wants to come out with the best.

On the Challenges that comes with being an actor: The challenges I have had so far have to do with working with people who don’t share my values. Most times, I reject scripts because I cannot play some roles because of my beliefs. Already, I have acted in movies like Couple of Days, Where Does Beauty Go?, Rivers Within, Click Now, and some others.

On her Sexual purity journey: I am a strong advocate for sexual purity and it goes beyond the screen for me. That is who I am and I’m not doing it for any other reason than that. Years before I began acting, God told me that He would open doors for me and that wherever I go, I should always talk about Him and sexual purity. I belong to Mine Ministry which advocates sexual purity and we have our World Virginity Day on the second Saturday in June every year.

Virginity Day isn’t only for virgins but for all who stand for sexual purity and know that virginity isn’t a thing of the past. There are lots of immoral things on social media which attract a lot of traffic but it’s sad that when you talk about something like sexual purity, people look at you like you’re doing something weird. I must confess that it has not been easy for me. But irrespective of what goes on around me and in the movie industry, I have resolved to stand tall and stay true to my values.

Sometimes, one may even be tempted to give it all up but I believe that people shouldn’t have sex until they’re married. I don’t need to talk about the kind of man I like because I already have a man I love.

Bally has been Evicted from the #BBNaija House

#BBNaija – Who Do You think is Leaving Tonight?