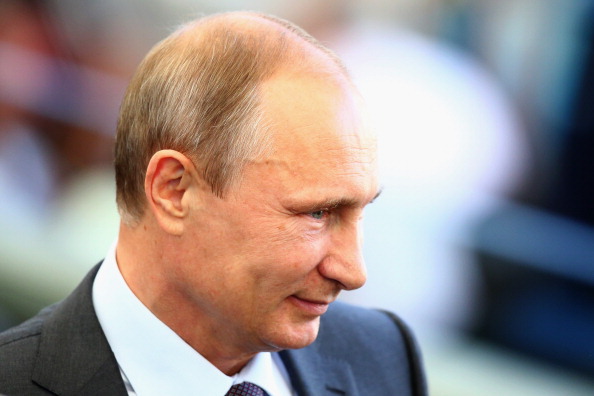 Russia on Friday suspended a deal on military cooperation with the U.S. in Syria, in response to the U.S. bombing of Syrian state

The Russian Foreign Ministry said in a statement  that the deal was designed to prevent possible military incidents between the two great powers, which support opposing sides in the Syrian civil war.

Russia condemns the U.S. “illegitimate actions against the lawful Syrian government,” the Foreign Ministry said, referring to the U.S. bombing carried out in response to the alleged use of chemical weapons by the Syrian state military.

“Russia denies that the Syrian state military used chemical weapons, and maintains that Syrian militants were responsible for a recent chemical weapons incident in the north-western province of Idlib,’’ the Russian Foreign Ministry said.

U.S. officials said the military fired dozens of cruise missiles against the base in response to the suspected gas attack in a rebel-held area this week, which Washington has blamed on Assad’s forces.

The Syrian government has strongly denied responsibility and says it does not use chemical weapons.

The governor of Homs province said earlier that the airbase was used to support Syrian army operations against Islamic State.

The U.N. Security Council is expected to hold closed-door consultations on Friday about the U.S. strike on Syria following a request by Bolivia, an elected member of the council, a senior Security Council diplomat said.

The governor of Syria’s Homs province has said that several deaths were recorded following the strike on Shayrat Air base.

“There are martyrs, but we don’t yet know the number either of martyrs or of wounded. It will take some time to determine the extent of the damages. Of course we condemn this, all action targeting Syrian military bases is condemnable,” Talal Barazi told AFP by telephone.

Barazi said that the forces in the base “provide important support” in the battle against ISIS.

Last Day to BUY Your KLM Ticket for a Chance to Win a Full Refund in the #KLMExperience Competition – What are You Waiting For? Buy, Fly, Share & Win Big