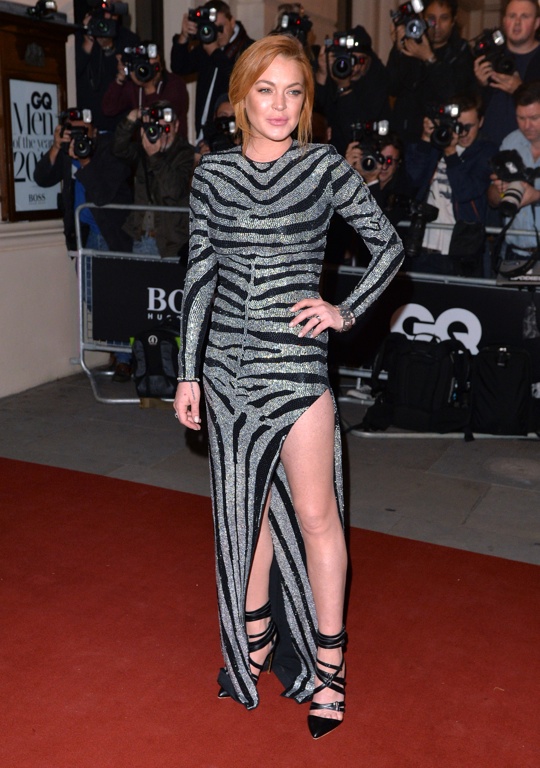 Fans of actress Lindsay Lohan are shocked after she appeared to be accusing a homeless family of being child traffickers in a video on her Instagram Live.

The actress had been riding in a car in what TMZ has said is Moscow when she spotted a homeless family by the roadside.

Lohan approached the family which she identifies as “Syrian refugees,” seemingly trying to help, and offers to have their kids come watch “on a television or a computer.”

After Lohan became increasingly hostile, the family begins to leave. Lohan told the mother, “You should be a hard-working woman and you should be doing what you can for your children, so they have a better life.”

The actress followed them, speaking to her Instagram Live video saying that the parents were “child trafficking” and telling the family they were “ruining Arab culture.”

As she continued to follow the family, the mother seemingly turned back toward Lohan. A gasp is then heard and the camera shakes.

Lohan began to cry and grabbed the side of her face, saying she was slapped by the woman.

Twitter users soon began criticizing the actress for what some have described as “white savior” complex.

See a few of the tweets:

Nauseated by the self-righteousness of Americans like @lindsaylohan and their laughable 'White Savior' impulses: "Let me saaaave you!" Drop the faux accent, Lindsay, and go save the thousands of US kids sex-trafficked in LA. https://t.co/C1R4R250Uq

Lindsay Lohan followed a family, at night, tried to kidnap the 2 children, got decked by their mom, and then cried about how scared she was. All documented on a video SHE was livestreaming.

You can't make this shit up.

Woke up to Lindsay Lohan getting socked while speaking in a fake accent trying to abduct children from their family. There’s truly never been a better time to be alive. pic.twitter.com/ClaQkliXGH

The most predictable part of that Lindsay Lohan video is when she resorted to playing victim after getting punched for touching somebody else’s child. You wanted to be a savior and invaded space that wasn’t sought

Lindsay Lohan trying to kidnap Arab children from their mother is what happens when you’ve grown up in a culture that celebrates white savior movies like The Blind Side and The Help.

Lindsay Lohan just tried to steal two refugee children live on instagram and then the mom attacked her. What a wonderful time to be alive.