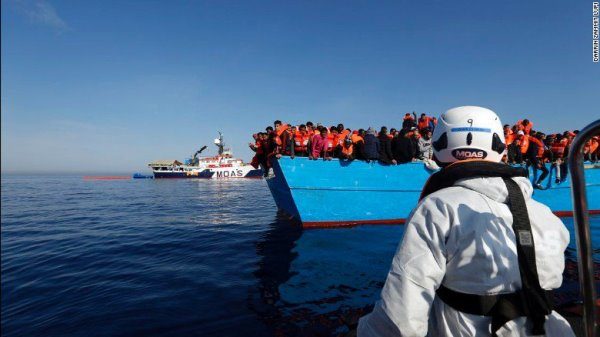 Thousands of migrants have been saved from the sea near Libya between Friday and Sunday during the Easter by rescue workers, but 20 drowned, including an eight-year-old.

According to Africa Review, more than 2,000 people were rescued on Friday and 3,000 on Saturday in dozens of separate rescues in the ongoing operation.

The Migrant Offshore Aid Station (MOAS) said its rescue started in the early hours of Saturday and had continued non-stop into Sunday afternoon and had rescued at least 453 people, but more than 1,000 remained in danger.

Chris Catrambone, one of the founders of MOAS, said they had never seen anything like this before and had requested urgent assistance on Saturday morning.

The Libyan coastline remains a hot spot for such rescues, as unscrupulous smugglers crowd wooden boats or inflatable dinghies with hundreds of desperate migrants.

At least 97 migrants died the previous Thursday when their boat sank. Just 23 men were rescued, clinging to a flotation device. In late February, the bodies of 87 people washed ashore in a Libyan city.

7 Persons Die, 136 Others Missing as Boat Capsizes in Kebbi State