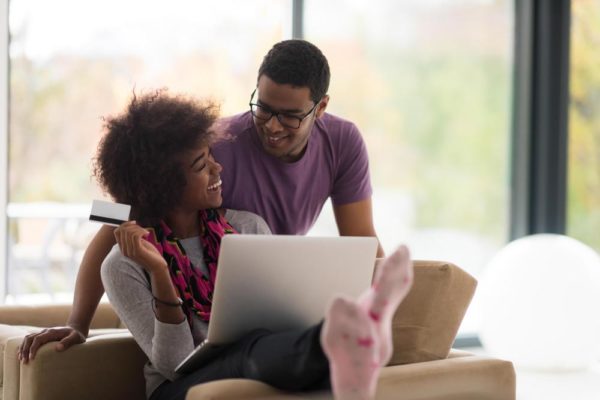 Marriage is a beautiful thing. You get a “forever after” with the one you truly love. The thing about marriage, though, is that sometimes, it comes with new behaviors or changes that you may or may not have envisaged during the period of courtship. 9 guys open up and share some of the things that have changed in their relationships since after they said “I Do”:
“We are just 7 months in, so our relationship is pretty much still the same. The one thing I know that has changed a bit is the hanging out. While I was still chasing her, I used to take her to dinner in nice hotels and upscale restaurants around town. Also, I would always order food for her and send to her office during lunch and all. But things are different now and she complains about it. She wishes we could still go to all those places as often as we used to. I try to make her understand that things have changed. As the man, I have to double the hustle to keep the family going and so I cannot continue at that pace. I have to cut down on some of all those things.”
– @gboyesticalisationally. Civil Servant. Lagos

“ Since we got married, our relationship has become stronger. We don’t fight as much and she is calmer now. The thing I don’t like so much is that she also brought that calmness to the bedroom. She is not always eager to please as she used to be when we were dating and she is not that crazy about trying new things. We used to shower a lot together but I practically have to beg for one now. Maybe she’s shy because she has given birth, I don’t know but I miss those times. Told her about it but she only did it once after that and that was it. I have accepted it as one of those things that come with marriage. But aside from that, the marriage has made things stronger for us.”
– Olaolu. Car Dealer. Lagos.

“We probably used to go out alone more then, these days it seldom happens. And even more… food used to be a sexy offer that I didn’t have to accept if I didn’t feel like it, but now it’s a rule! Jizos. To be fair, eating out is not exactly cheap and we’re trying to be adults and save money. So it’s like ‘Nonso! You haven’t finished this x & y in the fridge! …if it spoils, you’ll clean the fridge o’ ”
– @nuelnonso .Vocalist. New Zealand.

“Ours is a long distance relationship. We are not officially married at the moment, but yes. Since we got engaged, she has changed her line and reduced her social media activities. I am a blogger, I blog about people so I hate putting my personal life on social media. I believe that she is, perhaps, toeing that line as well.”
– @orlarjeedey. Blogger. Lagos

“The last one year has been amazing and I totally did not expect that there would not be any changes in her behavior after marriage. I expected it. I think the one that surprised me the most is how she plays dead when I mention that I have clothes that need washing. When we were dating, she used to sweep, wash my clothes and even iron them. But now, even though she cooks and cleans the house, she will rather die than wash my clothes or even her own. We had to hire a washerwoman to start doing all the washing.”
– Chidi. Accountant. Abuja.

“While we were still dating, I was the one that was writing her poems and sweet romantic notes but somehow I don’t do it again only on special occasions like women’s day, name’s day or Valentine’s day and she complains about that. Again, before we got married, I could spontaneously decide on going anywhere or doing anything I felt like doing without any worry or stress from my wife. Although, I remember she would always call at odd times just to check on me ‘cos she knew I work a lot with ladies. But now things are different we do almost everything together. My wife knows my work plan and any minute later, I am sure to receive a call from her. Hahaha. I don’t have any regrets though! Love my family life???.”
– @fumnanyaigbedior. Pastor. Polland.

“Our relationship has changed a lot. There is the good and the bad. The good is that she is more mature and she is patient now. The bad, which is not too bad, is that she doesn’t create time for outing anymore. We don’t lounge like we used to and even when I plan something spontaneous that she cannot say no to, like the time I surprised her at work and took her to a restaurant in Lekki phase 1, after just 30 she started saying she wants to go that the children may need us. She prefers to stay at home..”
– @peterslord1. Teacher. Lagos

“My wife told me while we were dating that she wanted to be able to support financially in every way that she can when we were married. We even used to split bills on dates then. But since we got married, she rarely pitches in. I pay all the bills and provide for everything. I do not give her money for personal upkeep though, so I guess that is what she uses her money for. Except for that the fact that I, sometimes, feel like she presented a false image of herself while we were dating, I don’t mind providing. God has blessed me with a very good job.”
–Ifeanyi. Data Analyst. Houston.

“Wife used to be more emotional and romantic when we were dating… like our date nights used to have scented candles, chocolate and all the necessary items needed for a nice time together. But now, it’s just movies and a few chops here and there …and she still sleeps when we watch movies, even when she was gehlfren. She added a few stones after childbirth but recently she’s losing it like crazy. Kinda sexy.”
–@yokeegilla. C.E.O, Roscoe Music Genies. Lagos.

Omonefe Eruotor: Finding the Balance Between Hustling & Making Time For Your Children