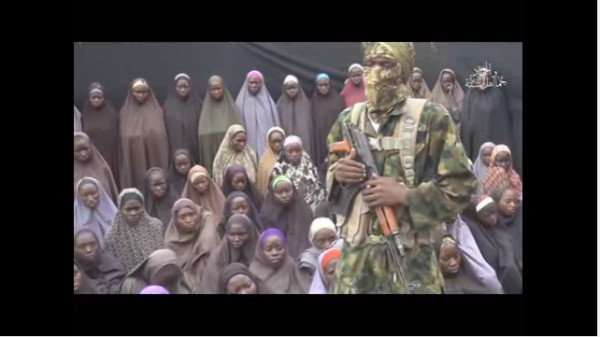 The news portal first said 82 girls were freed, but in an update on Twitter, added that the number was 62.

Another update stated that the release of the girls involve prisoner exchange.

It added that the source said they are currently in Banki town in Borno state awaiting airlift to an unknown destination.

Reacting to the news, the Bring Back Our Girls (BBOG) Advocacy Group has released a statement confirming that they are aware of the unconfirmed reports.

A statement signed by Sesugh Akume, the group’s spokesperson read:

We have been made aware of the yet-to-be-confirmed news that a number of our missing 195 Chibok girls in captivity today for 1,118 days have been released through a negotiated deal.

It would be recalled that in October last year when the 21 were released, the Federal Government, specifically the Presidency said that 83 were ‘on their way’ to join the 21 released ‘soon’.

We await official confirmation from the Federal Government and a release of their names. We, as usual shall go to work to confirm the news to verify its authenticity, and communicate same to the public.

Our hopes and expectations are high as we look forward to this news being true and confirmed.

This post has been updated to edit the title.