Chelsea one win away from EPL Glory 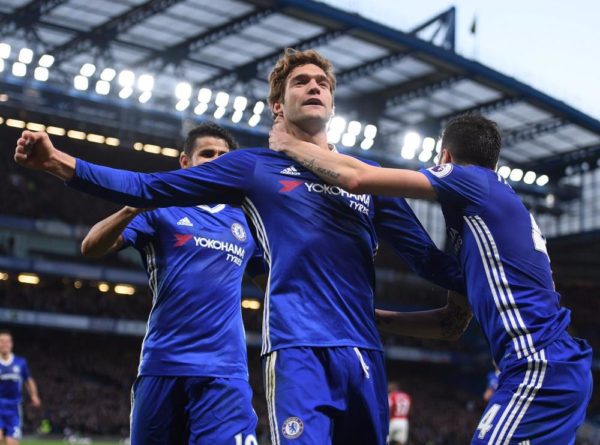 Chelsea are three points away from their second English Premier League title in three years after a 3-0 defeat of Middlesbrough at Stamford Bridge on Monday night. Following the result, Middlesbrough got relegated to the Championship just a year after gaining promotion.

Diego Costa set them on their way against the doomed visitors in the 23rd minute after the Spaniard scored after a Cesc Fabregas pass. The goal was Costa’s 21st in the league, equalling his career-best total in a Chelsea shirt.

The assist marked Fabregas’ 10th of the campaign, which made him the first player ever to record double-digit assists in six different Premier League seasons.

Marcos Alonso scored his sixth league goal of the season and Nemanja Matic completed the rout in the 64th minute when he chested down a Fabregas chip just outside the six-yard box and lashed an unstoppable right-footed shot between Guzan’s legs.