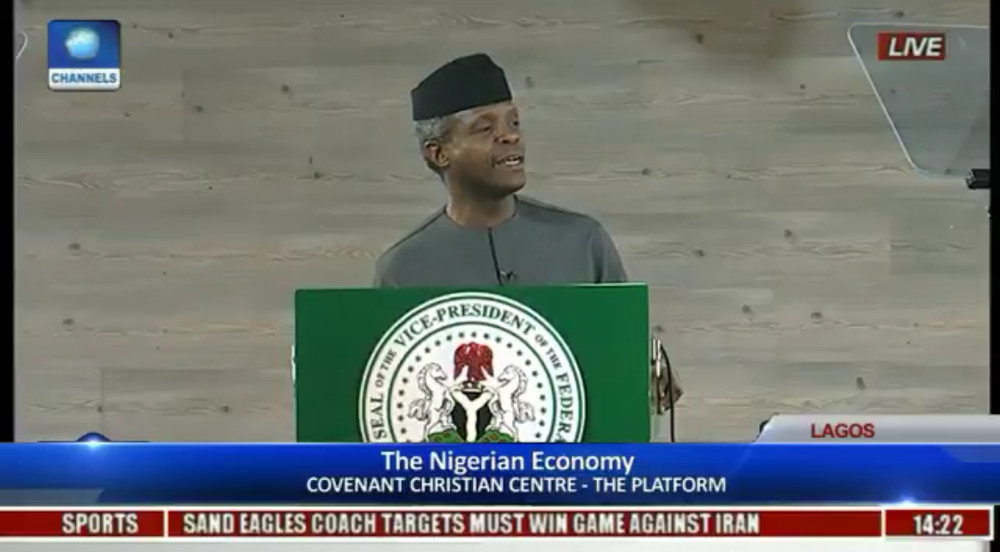 While delivering his speech at The Platform, a policy and governance forum on Monday, Vice President Yemi Osinbajo praised Nigerians for being some of the most smartest and creative people in the world.

Osinbajo added that Nigeria has some of the best comedians (professional and non-professionals) in the world.

He joked about Senator Dino Melaye‘s song “Aje ku iya ni o je,” the whistleblower policy, before adding that Nigeria has the best Jollof Rice in the world.

Related Topics:The PlatformYemi Osinbajo
Up Next