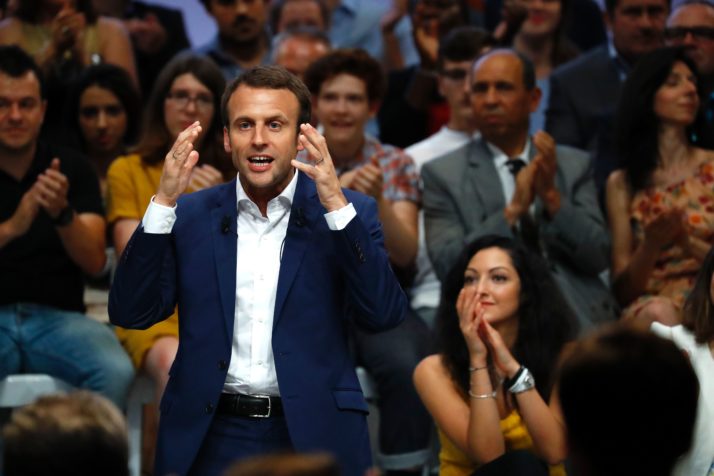 It is not clear yet the extent of the damage the leak may have caused for Macron. But he  remains the frontrunner in an election billed as the most important in France in decades. Opinion polls on Friday showed he has  extended his lead over Marine Le Pen, the candidate of the Far Right. Macron’s campaign email  were posted anonymously on a profile called EMLEAKS to Pastebin, a site that allows anonymous document sharing.

In a statement, Macron’s political movement En Marche! (Onwards!) confirmed that it had been hacked. The statement read:

The En Marche! Movement has been the victim of a massive and co-ordinated hack this evening which has given rise to the diffusion on social media of various internal information.

An interior ministry official declined to comment, citing French rules that forbid any commentary liable to influence an election, which took effect at midnight on Friday (2200 GMT). The presidential election commission said in statement that it would hold a meeting later on Saturday after Macron’s campaign informed it about the hack and publishing of the data. It urged the media to be cautious about publishing details of the emails given that campaigning had ended, and publication could lead to criminal charges.

Comments about the email dump began to appear on Friday evening just hours before the official ban on campaigning began. The ban is due to stay in place until the last polling stations close Sunday at 8 p.m. (1800 GMT). Former economy minister Macron’s campaign has previously complained about attempts to hack its emails, blaming Russian interests in part for the cyber attacks. On April 26, the team said it had been the target of a attempts to steal email credentials dating back to January, but that the perpetrators had failed to compromise any campaign data.

The Kremlin has denied it was behind any such attacks, even though Macron’s camp renewed complaints against Russian media and a hackers’ group operating in Ukraine.

JAMB instructs all candidates to re-examine their Data before Midnight