Nigerian International footballer and Fenerbahce FC of Turkey forward, Emmanuel Emenike has been the target of racist comments following an incident at his club’s game with Rizespor on Sunday. He was spotted by cameras allegedly insulting an opponent, Ali Yacoubi by covering his nose and sniffing at him.

That singular action has prompted fans of Rizespor to call for his ban as well as going on his Instagram page to drops racist comments including “monkey” and “banana” emojis. He finally responded by putting up a screenshot of some of the comments and said:

These are some of the comments I get everyday from some fans but please when you’re calling me a monkey or sending me banana symbols please don’t forget to put a “RICH monkey “??.?? 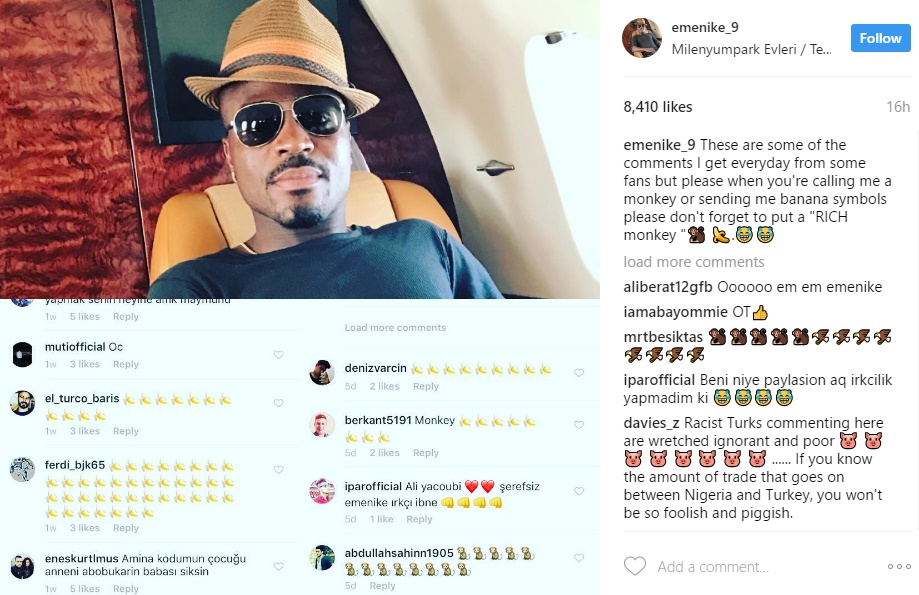