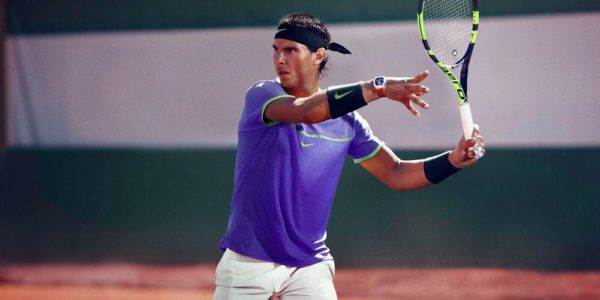 With the world’s top five occupied by players over 30 for the first time, Rafael Nadal aims to capture an unprecedented 10th French Open title in Paris.

The Spaniard was defeated by Novak Djokovic in the quarter-final in 2015 and an injury-enforced he pulled out before the third round last year.

However, the 30-year-old has bounced back greatly this year and has already reached a magical 10 titles at the clay-court events in Monte Carlo and Barcelona.

For good measure, he also won in Madrid for a fifth time, ending a two-year seven-match losing streak against Djokovic in the process.

Nadal boasts a sensational career record at Roland Garros with 72 wins and just two defeats, against Djokovic in 2015 and an injury-affected shock loss to Robin Soderling in 2009.

That defeat to the Swede opened the door for Roger Federer to win his only French Open title.

However, Federer, 35, has confirmed he will skip the French Open in order to get himself prepared for Wimbledon.

With Djokovic, the defending champion in Paris, and world number one Andy Murray are struggling for form ahead of the tournament which starts Sunday, Nadal is desperate to keep a lid on expectations.

“You have to write what you have to do, but I don’t care,” said Nadal when asked about his status as favourite.

The Spanish star will open his campaign against Frenchman Benoit Paire while Friday’s draw placed him on a semi-final collision course with Djokovic.

Djokovic will have US legend Andre Agassi as coach for the first time after confirming his appointment last week.

Should the likes of Nadal, Djokovic and Murray falter, then the much-hyped “Next Generation”, featuring the likes of Zverev and 2016 semi-finalist Dominic Thiem could take advantage.