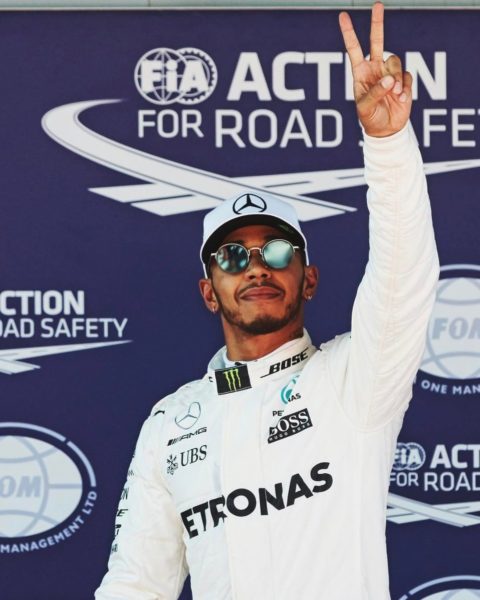 Lewis Hamilton said he was at a loss to explain why he could qualify only 14th on the grid for the Monaco Grand Prix.

When asked to explain why he was so slow, the Mercedes driver said the problem was a tyre issue as he couldn’t get the grip from the tyre. He added that he did everything he could in the car and he was so devastated to the point that he could not get out of the car when he returned back to the pits.

He added that it was a similar problem to the Russian Grand Prix a month ago when the three-time champion was also off the pace because of overheating tyres.

Hamilton will start 12th after penalties for other drivers but faces major damage to his title hopes with rival Sebastian Vettel‘s Ferrari on the front row.

According to BBC Sport, He had two out-of-control moments during the second session when he just managed to avoid a crash.

His final attempt to get into the top-10 shootout was thwarted when McLaren’s Stoffel Vandoorne crashed but the 32-year-old felt it made little difference.

I cannot explain because we do not know yet. We have to analyse everything. Both cars were the same, Bottas’ car worked fine and his [Hamilton’s] did not.

I feel terrible for Lewis, he certainly knows how to drive around Monte Carlo, so it is not his fault. But nevertheless we have to find out the reason.”