BN Confession Box: My Business Plan Failed, Now My Boyfriend Has Turned His Back On Me 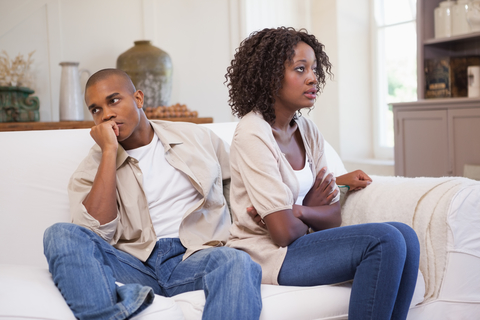 ****
My boyfriend and I have not been talking for weeks now. He is not picking my calls. His friends are not even giving me any tangible answer about him, either. I am frustrated that he is doing this to me… the one time I need him the most.

We had another fight over my failed business; this time, I told him he was a useless boyfriend who could not even support his girlfriend financially. I compared him with my best friend’s boyfriend. I did not mean it, it was just at the heat of the moment. He can be very judgmental, and can go on and on about one’s mistake forever. I just wanted to shut him up and make him feel bad a little, like I have been feeling.

We have been dating since S.S.2 and have never for once broken up till now. And it is a long time, because we are now in our final year in Uni. We have plans of getting married and all, but sometimes I don’t know how that will pan out, because he does not seem to be ambitious at all.

I like that he is content with who he is, but he never ever wants more.I do… and I am not as patient as him. Late last year, my friend introduced me the human hair business. She had been selling human hair for a while and was making it. Also, she always looked glam. I, on the other hand, had been looking for a business I could do. I had become tired of charging others to do their seminar papers, course work and even project for them. It was a lucrative business, but so boring and exhausting. This is why when my friend mentioned to me that she would be growing her business as she had found a new and trustworthy guy who could supply original authentic hair at half the price she usually purchased them, I decided to jump in and try the business for myself too.

Of course I told my boyfriend about it – because we tell each other everything. I told him I intended to use the money my parents sent to me for my fees and feeding for the entire semester, as capital; and I would pay my school fees once I make my first few sales. To me it was a foolproof plan, but being the pessimist, or rather realist as he likes to say he is, my boyfriend said I shouldn’t go into the business, because the chances of it backfiring was too high. He said I should wait for my friend to try the guy first and if it works, maybe I can try during the second batch with her.

My problem with that plan was that by the second batch, I wouldn’t have the seed money, because I would have had to pay my school fees, and I did not have any other source for such a capital. He insisted it was too much of a risk and I should stop being so ambitious. We even fought over it, but I was determined. I have always been more daring and like my mother always say “you have to take the risk to join the millionaires”.

Unfortunately, the new guy that my friend said was trustworthy duped us. I couldn’t even blame my friend because she too was duped of bigger money than I was. Of course my boyfriend jubilated over the loss, because it gave him the chance to say: ‘I told you so‘.

He said I should not look to him to me get out of the financial mess because I dug my grave with my own hands and I already know he does not have money. My friend’s boyfriend had been very supportive of my friend, sharing what he had and hustling to help her bounce back and all, but my case was different. My own boyfriend would still even come over to my apartment off-campus and eat without dropping much money.

Yes, I know he is not from a wealthy home, but not for once has he ever tried to suggest a solution or has he even said, manage this 5k – knowing fully well I have to pay my fees soon. I don’t have the money and I cannot even tell my parents stories.

The last fight we had, he was nagging about it all again, criticizing me and I was fed up, so I lashed back at him. I am so bitter and depressed right now. Even though I know he can’t help financially, I still love him. I need that emotional support at least right now. I feel like the one person who is supposed to be my pillar has turned his back on me. I know I should have been the wife material and listened to him. But now that the damage is already done. Why is he doing this? I am so depressed.