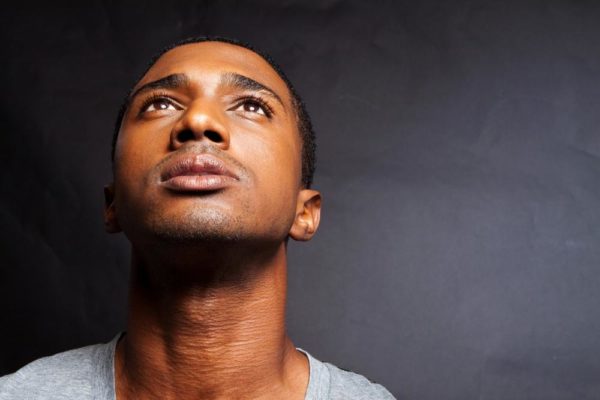 This statement is one I grew up hearing and it was translated in the same way to boys, as well.

When a boy would cry unashamed, he would be told not to disgrace himself but to toughen up.

I always felt sorry for the boys when they had to fight back tears and be brave. That was something I found rather difficult to do.

Now, as an adult, I see how that statement is more detrimental than helpful. Emotions are a part of every person – whether male or female. Having to suppress them does not sound like a good idea as it has long term effects.

I volunteer with young adults (teenagers to early twenties) and I have seen how some boys have lost touch with their feelings and are so cold! On the other hand, those who remain in touch with theirs are called names.

I remember one who was hurting so badly but did not want to talk about it as he knew he would cry.  He mentioned a few times that he wanted to talk so I had been waiting for him to meet me when he was ready. On this day, there were some issues we were addressing and one of them was what was bothering him… parental neglect and parents leaving.

I could see him stiffen but I didn’t know why. Suddenly, tears ran down his face. I had to take him away, then I gave him a big hug and allowed him to cry before we spoke. He felt so much better for it. I felt guilty…sometimes when we think of men, they are strong and all that, but they hurt too.

A friend lost his wife; he had things to take care of and their children to cater to. He also didn’t say much. I thought he was brave, very brave. He was able to smile at the funeral service and comfort people who were in tears. During the weeks that followed, he had family constantly around him so he seemed fine. I knew he was hurting, but was functioning on auto pilot. The times I saw him, I gave him big hugs as sometimes, words don’t do much. Whenever I checked on him, he didn’t sound like he was grieving, he just carried on with life. Or so it seemed…

I shied away from checking on him as it seemed like I was grieving more than the bereaved. One evening, I asked how he was and he gave me his usual kind of answers.

I asked again and mentioned that I was trying not to be intrusive, but I was slightly worried about him. That was what he needed, he started to write. A few days earlier, he got overwhelmed with emotions and cried – something he had not done in a long time. He confessed that it would take probing to get him to bare his heart as people tend to ask, but have no real comfort to offer. Also, when pain is expressed, some people get awkward and are unsure how to react.

Men tend to bottle up emotions and they don’t go away. Somehow these emotions are expressed in different ways which could be catastrophic. The stress and moodiness that come with keeping it together sometimes might not be worth it. Emotions are meant to be expressed and crying is one way that helps people feel better. Keeping emotions in, is painful. Gosh! One’s heart can literally stop working.

I looked at a few articles on thoughts about men crying and there are mixed feelings. Some think men who cry are weak and should not show emotions while others think it is fine for men to cry.

Men are human beings, the same way women and children are. We all strive to have control of how we feel and how our feelings are expressed.

Women cry so much more than men do, which is generally acceptable. Men should not be turned to robots by stopping them from feeling. However, too much of everything is bad.

Me thinks it is sexy to see a man cry, and I promise I won’t judge at all! There is only so much pain, hurt, anger etc that a person’s heart can hold.

It is okay to be vulnerable sometimes.

What are your thoughts please? Is it okay for men to cry?

Congrats! Vlogger Sisi Yemmie is on Billboards for a YouTube Campaign