Happy Bashorun: Is Domestic Violence on the Rise? 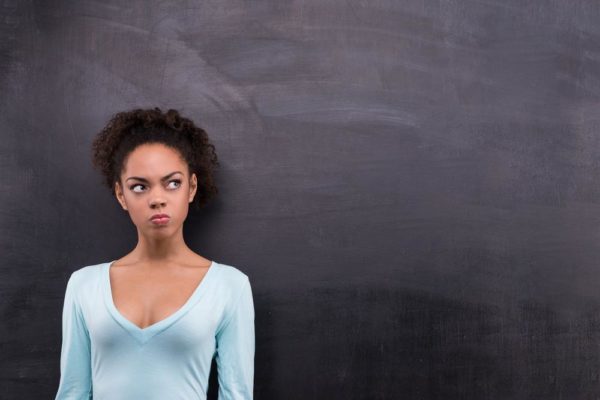 Short answer: no. There is no evidence that domestic violence has increased in Nigeria. But readers of Nigerian blogs might be forgiven for thinking otherwise.

It seems that every day brings another woman reporting physical, emotional or financial abuse at the hands of a husband. Let’s review some names: Mercy Aigbe, the ex-wife of Nollywood actor Femi Branch, the wife of that Patoranking guy, Tonto Dikeh, Muma Gee, and our most famous example, Tiwa Savage. Then there are the normal, everyday people we’ve read about: the Zenith Bank staffer that broke his wife’s leg; the South African girl (Karabo Mokoena) killed and burnt by her boyfriend.

Yet I don’t think domestic violence is rising. More likely, talking about domestic violence has increased because of the reach of social media and its catalytic effect. Each celebrity report of domestic violence tends to generate dozens of reactions from other famous Nigerians on social media. More and more, “celebrities” (I use the term loosely) are taking the time to weigh in on Instagram and Twitter about the latest marital breakdown. Then Nigerian websites share their posts, creating more discussion and ensuring that some even more random person will add their perspective to the mix. For example, Empress Njamah recently called out what she sees as a double standard applied to women who are violent towards men. She also advised that if you see your man is a wife beater, perhaps you should try to help him control his anger. Someone named Lizzy Anjorin claims that domestic violence is the result of adding a “broke husband/boyfriend” to “demanding wife/girlfriend.” Even Olori Wuraola of Ife paused her busy schedule to ask women on social media to help their sisters say no to domestic violence.

I find the increased discussion in the media so fascinating. At the risk of dating myself, I remember when BellaNaija first started. It used to be that women’s rights issues were debated on the [now defunct] feminist and pro-feminist blogs. Mainstream websites like BellaNaija and Linda Ikeji focused on fashion or celebrity gossip. It is gratifying to see Nigerian women’s media admit that the full female experience is of interest to readers. Unfortunately, the full female experience sometimes (some would say often) includes dysfunctional and violent relationships.

It has gotten to the point where there is a backlash against the backlash against domestic violence. People are posting on Facebook about someone’s friend’s neighbor’s cousin who lied about domestic violence to punish her husband. The worst ones are the posts where a woman says her spouse abused her, then the man replies and says no she is the one that abused me. This is leading some commenters (often men, but some women are involved) to start complaining that women are “crying domestic violence” just to get attention. I hate to break it to those people, but domestic violence is not rare. The 2013 Nigeria Demographic and Health Survey (NDHS) reported that three in ten Nigerian women have experienced physical violence since age 15, and one in four married women have experienced physical, sexual or emotional abuse in Nigeria.

Can we address this thing people keep saying, i.e. “what about violence towards men?” I have no doubt it exists – women are not saints – but the data is just not there on how prevalent it is in Nigeria. A shame, as facts are always worth having. However, it is factual that historically the majority of Nigerian women themselves justified male violence towards women. For instance, a 2003 NDHS survey found that almost 66% of ever-married women and 50% of non-married women agreed that there were times wife beating was justified. I doubt you would find similar levels of support for the bashing and tongue-lashing of husbands. That said I strongly encourage men’s rights activists to organize and do the policy work, ally building and consciousness-raising needed to fight violence against Nigerian men in relationships. The feminists did it; so can you.

Reading about intimate partner violence on social media is quite depressing. But there are some positives we need to remember. First, sunlight is a helluva disinfectant – the more people talk about the violence, the less accepted it becomes. Secondly, while there are marriages that are violent, many are not. My parents, for instance, were not violent towards each other. And finally, while there are plenty of women (and a few men) who experience terrible violence from intimate partners, there are some who have never had that experience, and many who escaped before it reached hospitalization status.  I’ve heard of women filing for divorce within the first year of marriage after just one beating. I’ve heard of women who dumped partners for “simple” verbal abuse, refusing to settle for insulting behavior because they wanted that wedding ring. It is a good thing that people (both men and women) are talking about abusive relationships as it gives others the knowledge and power they need to say no to violence. It also puts abusers on notice – it’s no longer okay to treat your partners as punching bags and dumping grounds for your rage.