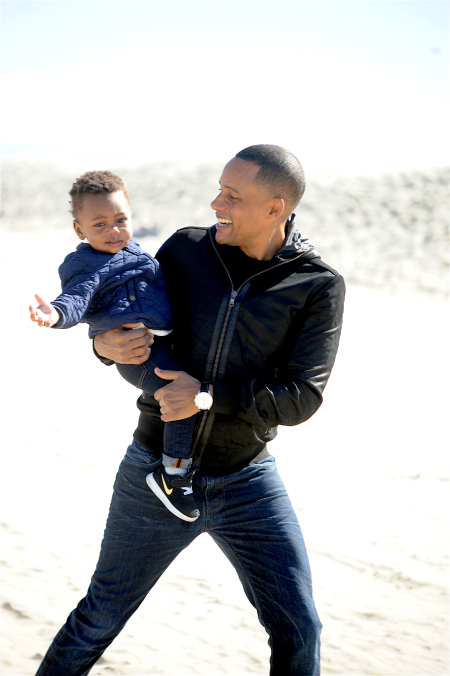 Actor Hill Harper, 51 who adopted his son Pierce following his (Pierce’s) birth in December 2015, talked to PEOPLE about the reasons behind his decision and how it turned out to be the greatest decision he has ever made.

The actor spoke about how happy he is to have adopted his son. “(Adopting Pierce) was the greatest decision I’ve ever made and I’ve never been happier,” he said.

Harper admitted to having always desired to be a parent, however not by adoption initially as he thought things would go in the usual way of marriage, and then children.

On His Decision to Adopt:

Fate, however, had a different plan for the actor as the call to be a father to now 18-month old son Pierce was birthed by the adoption idea sold to him by a friend in the summer of 2015. He then went on to contact an adoption attorney who put him through the adoption process and not long after, in the same year, Pierce witnessed the birth of his son Pierce and started the process for adoption.

Despite the short frame of time, Hill was convinced to adopt his son by Pierce’s birth mother and what he termed a calling from God saying “I really felt like it was God telling me to do it,” he says. “And I’m so glad that he chose me, and [Pierce’s mom] and God and the universe chose me.”

His life as a Single Father

Harper revealed that he has had a lot of help from family, his girlfriend and friends and has learnt how to take care of his son. “Until the last 18 months, I’d never changed one diaper in my life, and now I’ve changed thousands,” he laughs. “I’ve gotten pretty good at it!” he said.

Pierce has mastered walking and is totally “fearless” and “curious,”. “He loves music,” adds Harper, “So he has a little piano, he has a little drum set, and he just loves playing piano and drums.”

Harper says he believes his decision to adopt was the best. “I was so scared,” he said of that moment. “I think because it was such a huge decision. But looking back now, all the fears I had were ridiculously small compared to the joy of having him in my life and having the opportunity to be a father. I’m just so thankful for the opportunity to be his dad,” he added.