Osisiye Tafa: The Things That Were Not Left For God 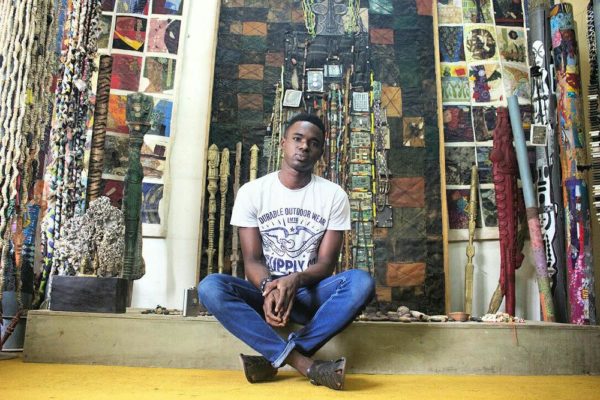 Installation in Background: ‘Man as a Hunter’ by Prof Bruce Onabrakpeya

In the Ooni’s palace in the sleepy town of Ile-Ife, there is a place where cameras are not allowed, entrants must walk in barefoot and prayers are believed to be heard. It is called Ile-Awe (House of Prayer) and certain times in a year, people from all parts of the world come here to pray, offer palm oil and salt to the deity. It is a fenced off square ground and inside, a square of tiled ground with steps surround a mound of earth. Within this mound of earth are rock formations with salt and palm oil splattered over them. A waist-high fence surrounds this place and in the distance, you can see the imposing mountains that are a staple sight of Southwest, Nigeria. 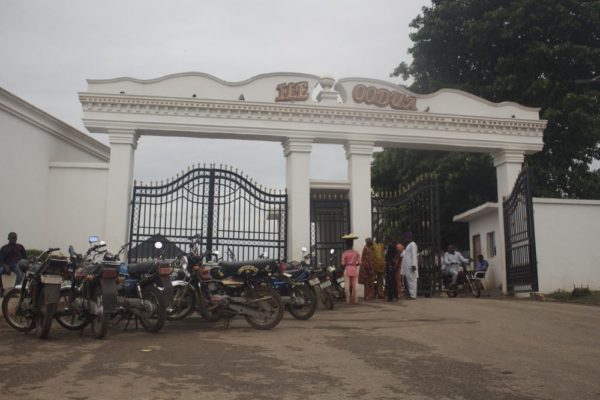 On these sleepy grounds, lie a story, of love, revenge, entrepreneurship, royalty, mutiny, betrayal, uber betrayal, greed, death, cowardice, mysticism and things that were not left for God.

In this exact patch of earth, many years ago, a man would descend from the sky using a chain tied around his waist; we will call him Skyman. He would stay here, construct some farm tools (hoes and the like) and go on expeditions.

He was a mysterious figure who came, had no contact with people and made very good wares. Whenever he came, he would sell some farm tools to the people. He would put them at the front of his dwelling with stones that corresponded to the value he wanted for these tools. This was in a time before common greed, and people would pick the tools they want and drop the monetary equivalent. Iron work was non-existent in Ife at that time. His tools which were forged from iron were good and led to farming success in Ife. His fame spread wide.

The Ooni of Ife heard about this mysterious visitor to a section of his palace and sent for him. Skyman responded that he was from the sky and his orbit on earth was restricted to the area he stayed. Now, if you know what I know, you know the Ooni is not to be f***ked with like this. The Ooni received Skyman’s response, pondered on it and at night, he went to meet Skyman. He walked around and surveyed the works of Skyman’s hands. 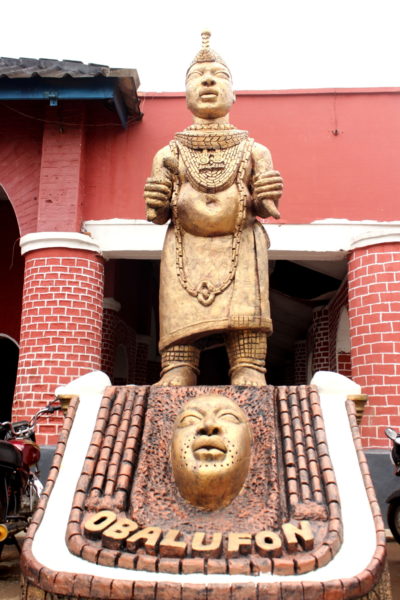 The Ooni was impressed with this technology and told Skyman that he would like him to live permanently in the palace.
Skyman said No.
The Ooni then said he would like Skyman to teach some Ife citizens so they could make stuff from iron and become even more prosperous.
Skyman said No.
The Ooni then made the latter request again and this time, he begged Skyman with the crown.
The Ooni’s crown is a big deal (and I will write about it some other day) so Skyman had to agree.
To show his appreciation, the Ooni gave Skyman a woman, Aji, as a gift. 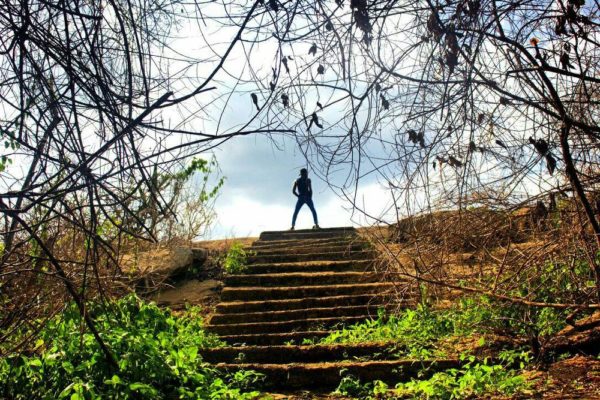 The apprentices were brought and Skyman trained them on the art of iron work and in no time, they knew how to make farm tools out of iron.

His apprentices set up individual operations and started selling farm tools but people continued to patronize Skyman and with time, envy set in.
I know at a point in this story, I said this was a time before common greed. I was wrong. These former apprentices called Aji, Skyman’s wife, and told her they wanted to know Skyman’s secret so they could kill him. They promised her endless wealth for this service.

Aji was a greedy woman so she acquiesced to this demand. Whenever Skyman came from the sky, she would ask him endlessly about the source of his power but he was a real nigga and he didn’t let on. Finally, he told her that the chain around his waist which connected him to the sky was the source of his power. Aji quickly told his former apprentices and they prepared for Skyman’s next visit. On his next visit, he went about his business and when he returned, he met his favourite meal: yam, palm oil mixed with salt and palmwine. Aji told him customers who were happy with his goods brought these gifts and he was immensely pleased. He settled down to the feast and after eating, settled into a deep sleep. Aji gave the signal to his former apprentices and they came in. In one swift strike, they cut the chain that connected his waist to the sky. The bit of the chain that was connected to the sky went back up without Skyman while Skyman was left lying with a bit of chain loosely tied around his waist that connected to nowhere. Skyman woke up to this great betrayal. 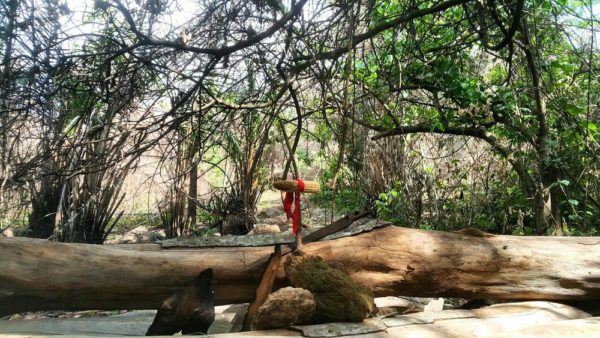 He told his apprentices to look at their palms and notice the intricate lines on them. ‘I am like the lines on your palm and before you, I was’.
He made some incantations and they became blind and started crawling all over the courtyard. He then commanded the earth to cover him and he disappeared into the ground. When his former apprentices regained their consciousness, they realized (or thought) that Aji had tricked them by not telling them of the full length of Skyman’s powers. They dragged her to the gate of the palace and beheaded her. The former apprentices returned to the courtyard and saw that Skyman was nowhere to be found. 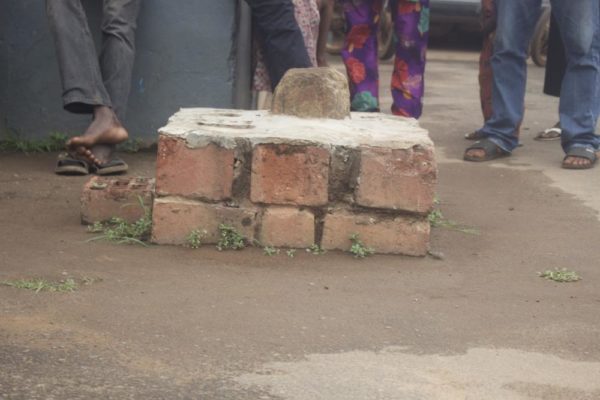 Debby Osa: Find Something You Excel at & Polish It Until You’re a Priceless Gem