Agbonmire Ifeh: SA What?! Think About the Tourism Potential in Nigeria!

After I wrote the piece saying that the Federal Government is killing tourism, people attacked me. I had envisaged they would. While many agreed with the fact I presented, the people who disagreed and criticised me were people I term ‘politically enlightened.’ These people do not appreciate the truth. But I have to state it because I still care about the state of the country. I believe that tourism can create jobs and increase the revenue stream of our beloved country.

One of the statements these people made is that we shouldn’t expect the government to do everything. I quickly responded that they are not doing anything, even. Later, I pondered upon this, and checked with my philosophy of interdependence. It occurred to me that we can apply the model of Nollywood and the music industry to tourism. The model that saw passionate people make millions of dollars from the industries, without the help of the government.

My philosophy of interdependence is that dependence and independence have to come together to make a ‘we’. I plus you, beget we.

This means that, even if we have some hope in the government, we should act like we have no government. We pool together our resources to get a great result. Having this in mind, I am charged about tourism, and I enjoin us lovers to increase this energy.

A few weeks ago, I got a phone call from a close pal, saying she and a few others were going to launch a borehole project in Edonwick Village, in Iko Town, Eastern Obolo Local Government Area, Akwa Ibom State. I joined without hesitation. The borehole was dug by The Mary Remarkable Foundation – a non-governmental organisation founded by Mary Remarkable, with the aim to extend selfless service to humanity.

Eastern Obolo is an hour and 30 minutes drive from Uyo, the capital of Akwa Ibom State. It is located in the southern part of the state. The government of Akwa Ibom is doing its part of the bargain; the roads are good and the locality is quite safe.

When we arrived at the jetty at Iko Town, we decided to do a tour. Something I always look out for whenever I travel in Akwa Ibom state is the Qua Iboe churches littered all over the state. They are colonial structures preceding the amalgamation in 1914. We saw a Qua Iboe church named Apostolic Church Royal Gate Assembly. The church was built in 1910. There had been minor renovations, but the steel chairs were still the same from when the church was newly built. The stained glass and the altar, too. 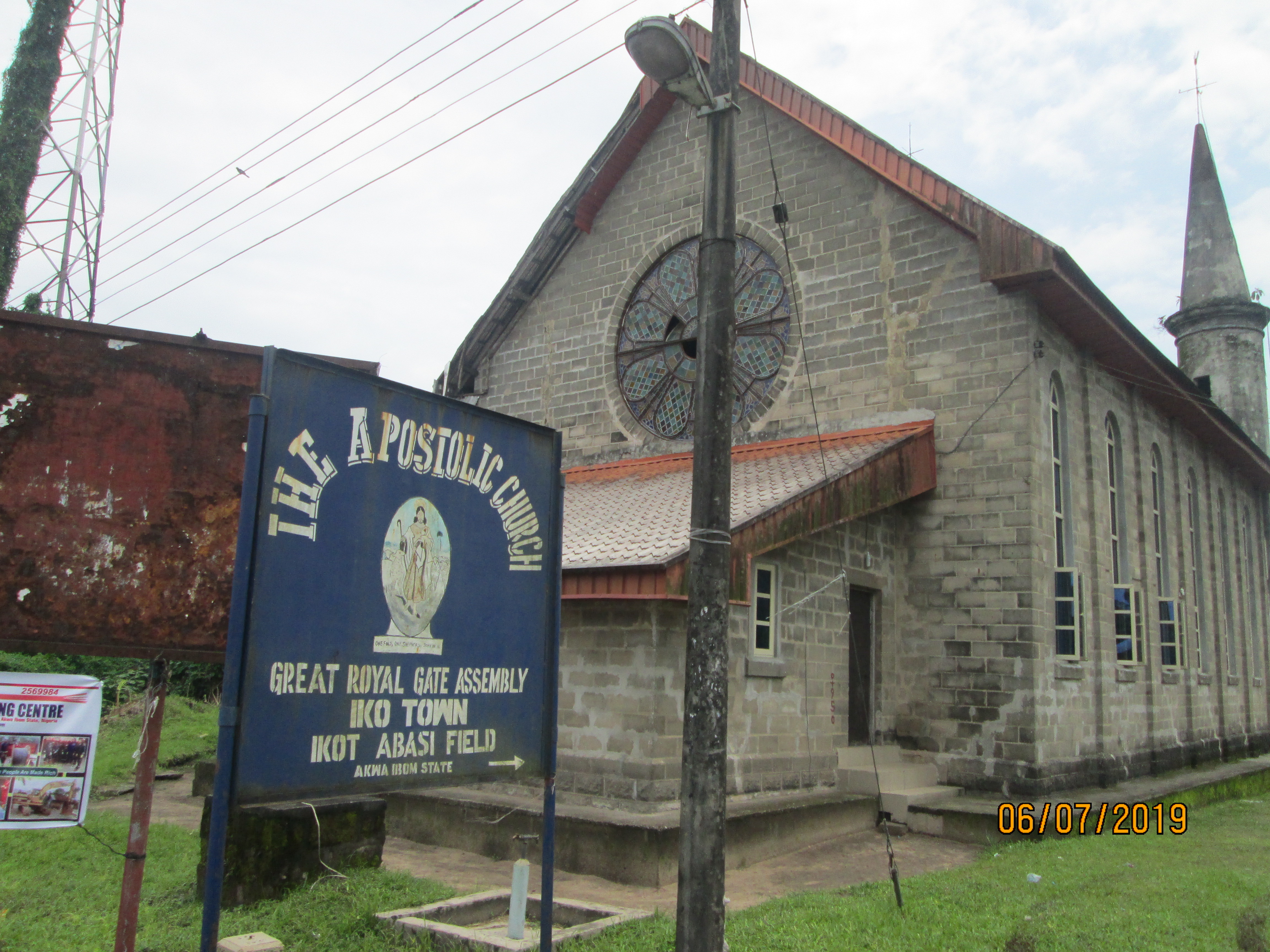 We got a motorized boat that took us from Iko Town to Edonwick Village, which is located in one of the creeks of the Niger Delta. We noticed that the tide was low when we rode in mid-afternoon, but was full and gushing when we were returning by 5 PM. We travelled for 30 minutes before we got to the village. 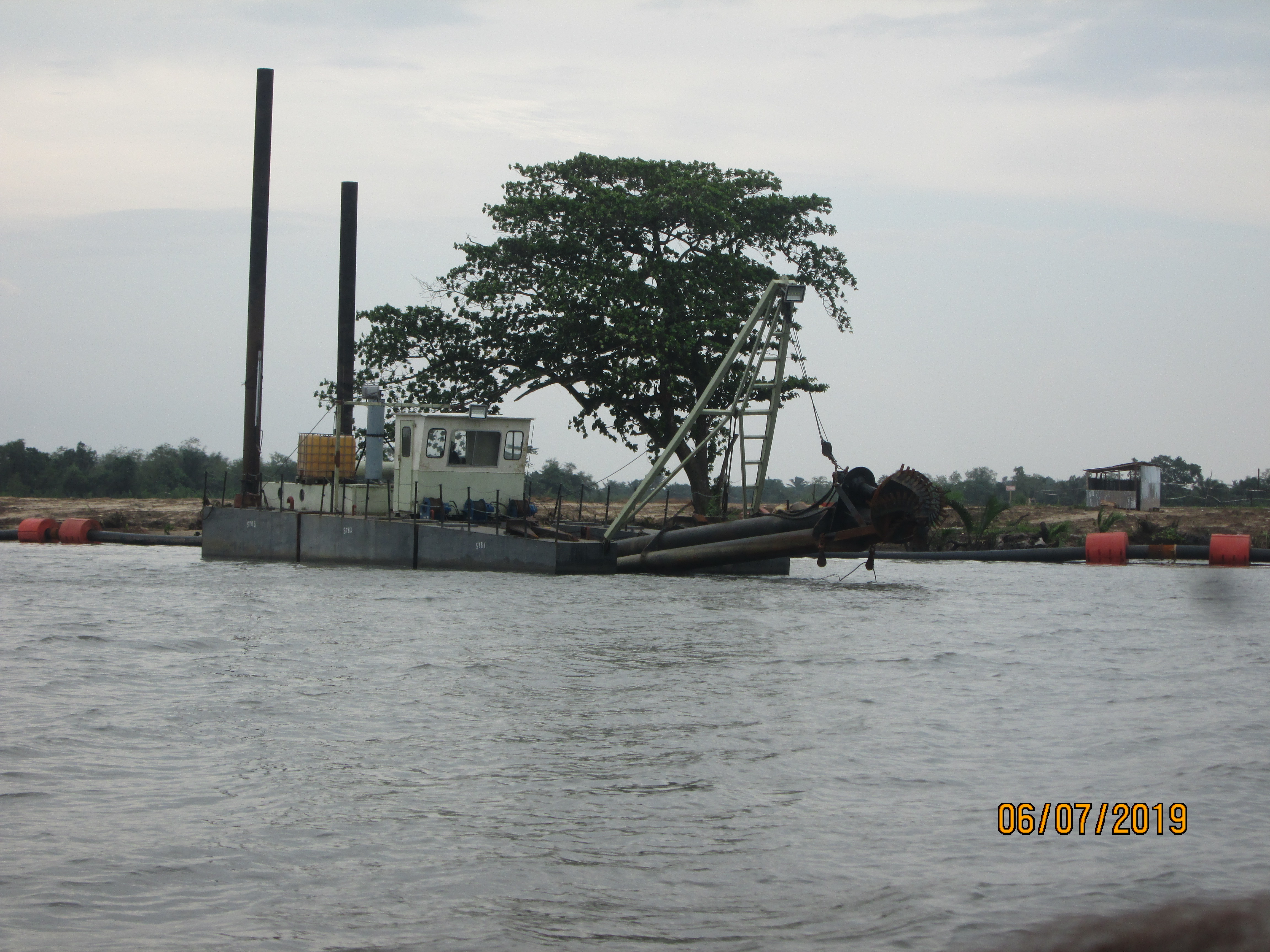 The people of Edonwick Village were excited to see us. The village is more than 100 years old and they have never had portable water. The chief gave a speech praising the foundation for its noble gesture. For years, they had been begging the government to come to their aid, but all had fallen on deaf ears. 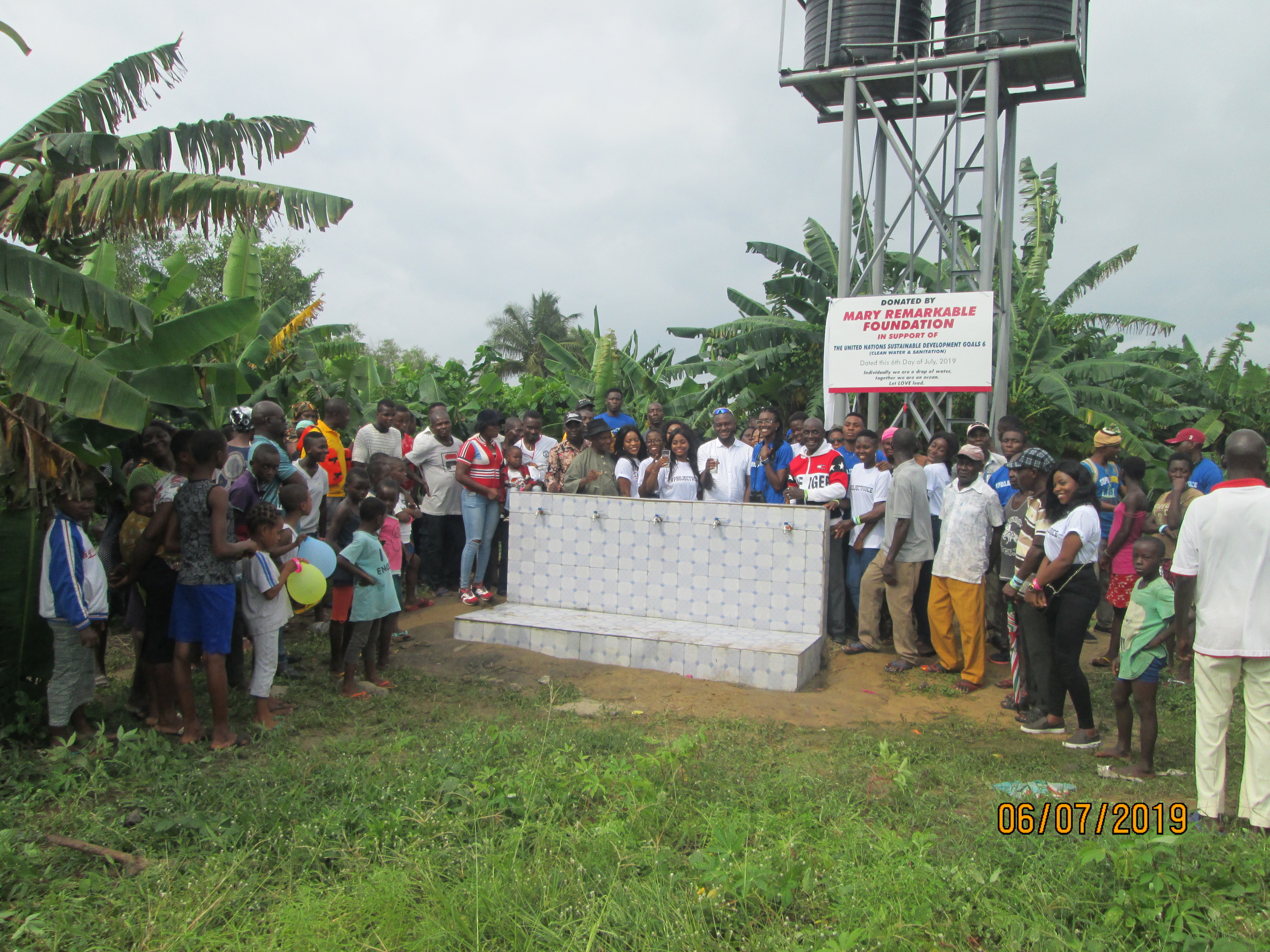 After the launch, we headed to the waterfront. They call this beach the Iko Beach, but it is basically the Atlantic Ocean. I saw on a tourism site that it is the longest coastal line in Africa. Some people call it Cashew Beach because of the numerous cashew trees littered close to the beach.

It was disheartening to see the gas flaring going on in numerous wells across the sea. It was painful to see that there was no port here. It was discouraging to see that we are still practising subsistence level fishing. 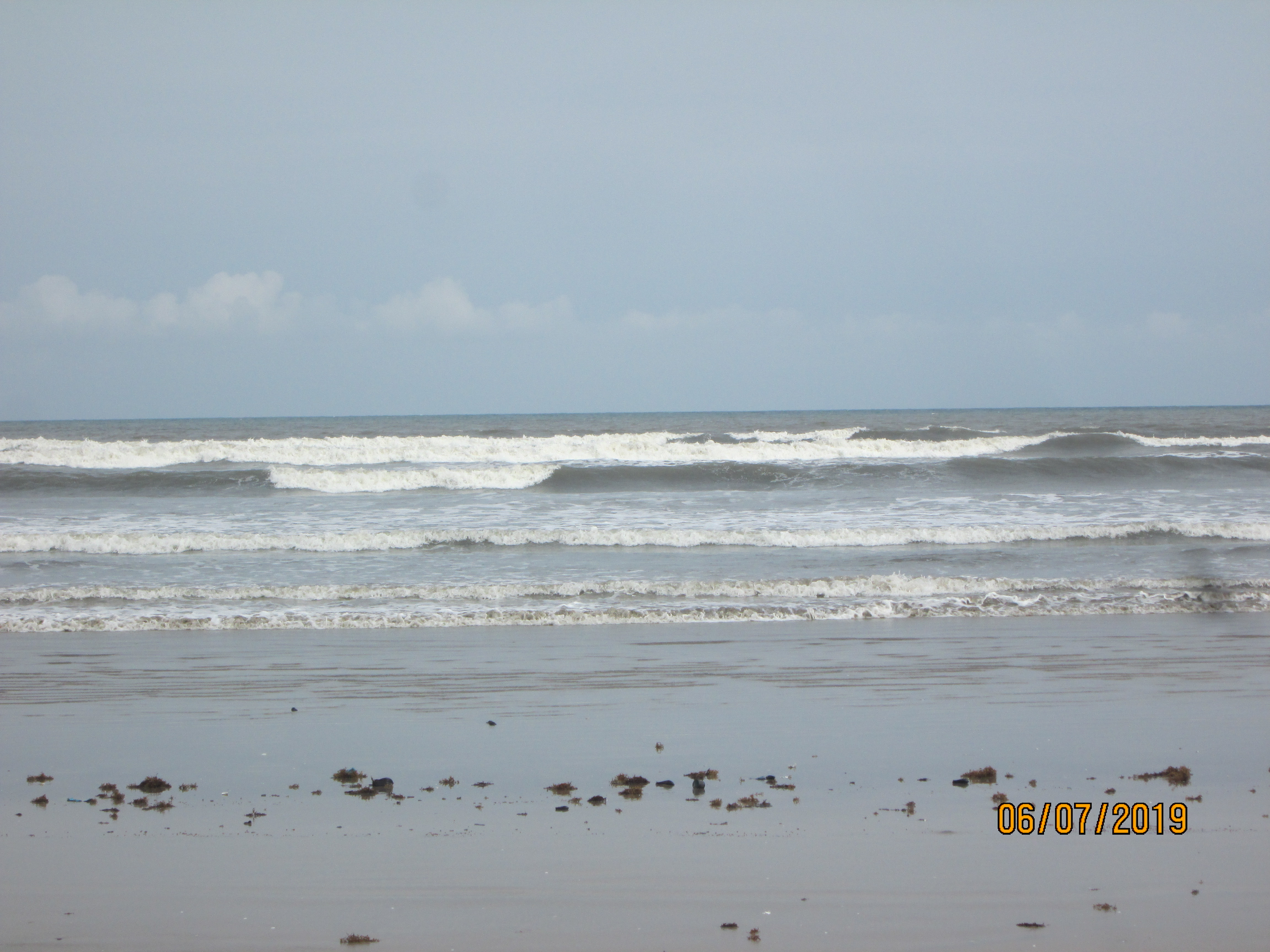 The beach was virgin land, relatively untouched. There were crabs and snails all over the sand. It was beautiful running on the white sand, playing with the waves, their back and forth dance. 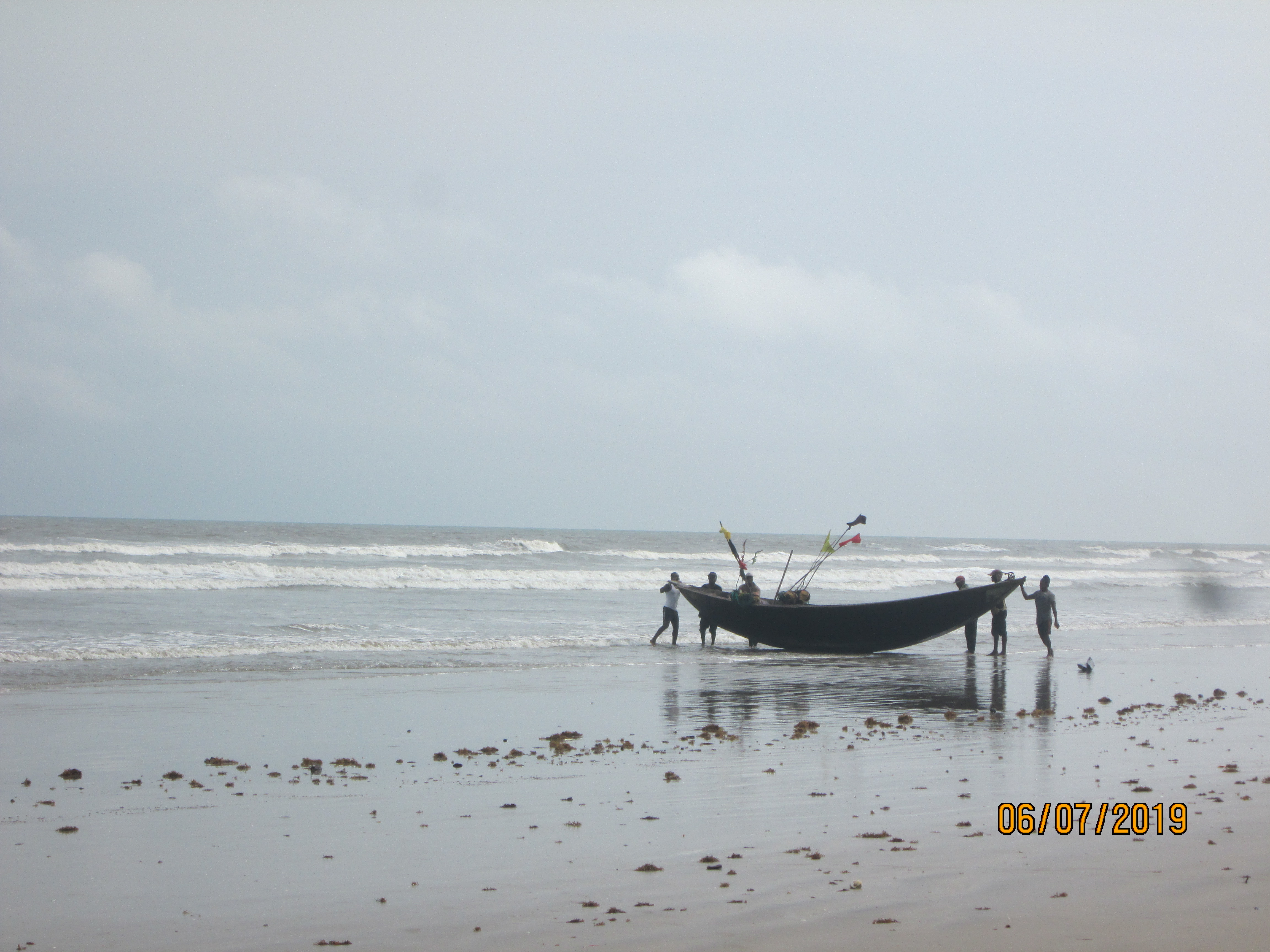 We returned to Iko Town with complaints. This was the sour part of what was supposed to be a sweet experience. We needed to be more and do more. We needed to find out how we could develop this sector with or without government.

How we are sleeping on the tourism potential of the Qua Iboe churches, and generally the pre-independence churches in this country? These churches can be our Notre Dame.

Enterprise Development Advocate Olanrewaju Oniyitan is our #BellaNaijaWCW this Week!

Agbonmire Ifeh is a traveler, reader and writer. He practices active self- learning and tries to live a life of no regrets.