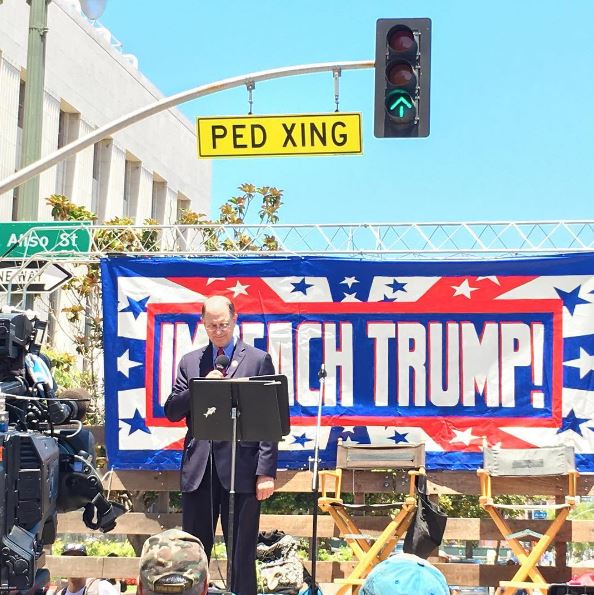 In tandem with the filing, Congressman Sherman issued a press release stating:

I am pleased that Congressman Al Green (D-TX) has joined me in filing Articles of Impeachment against Donald J. Trump. We now begin the effort to force the House Judiciary Committee to hold hearings on Obstruction of Justice and Russian interference in our election.

Introducing Articles of Impeachment will have two possible outcomes.  First, I have slight hope it will inspire an ‘intervention’ in the White House.  If Impeachment is real, if they actually see Articles, perhaps we will see incompetency replaced by care.  Perhaps uncontrollable impulses will be controlled. And perhaps the danger our nation faces will be ameliorated.

Second, and more likely, filing Articles of Impeachment is the first step on a very long road.  But if the impulsive incompetency continues, then eventually—many, many months from now—Republicans will join the impeachment effort.

The Article accuses President Donald J. Trump of High Crimes and Misdemeanors which are among the very short list of charges that could act as grounds for impeachment of a president.