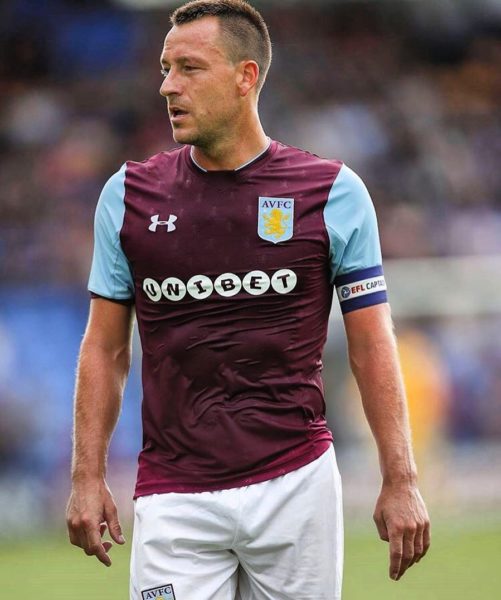 John Terry has been appointed the new captain of Aston Villa according to Sky Sports.

The 36-year-old former England and Chelsea skipper who joined the club earlier this month on a 1-year deal takes the armband from James Chester. He will maintain his favoured No 26 jersey for Villa in the Sky Bet Championship during the 2017/2018 season.

Manager Steve Bruce is eyeing promotion for the 2017/18 season and has stated that Terry’s signing will be significant towards achieving such feat.

Terry was appointed Chelsea skipper in 2004, he captained the Blues to back-to-back English Premier League titles before adding three more during his time at Stamford Bridge.

Terry’s move to Villa Park is regarded as one of the most lucrative ever signed by a player in the Championship and could see him earn £4 million if Villa secures promotion at the end of the new season.

He wore the captain band for the first time on his Villa debut in Saturday’s pre-season friendly defeat against Shrewsbury.