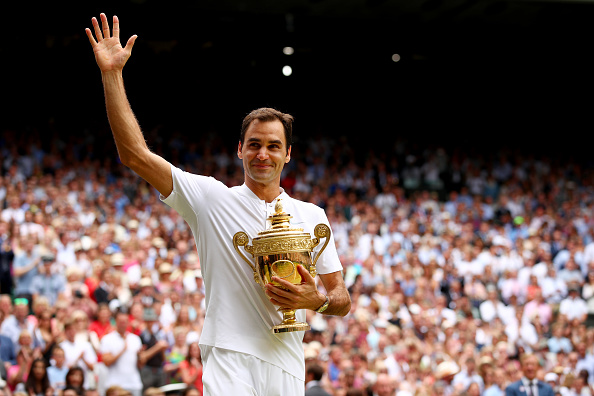 Swiss Roger Federer becomes the oldest man in the Open Era to win the Wimbledon after he defeated Croatia’s Marin Cilic in straight sets 6-3 6-1 6-4.

35-year-old Federer won the title without dropping a set becoming the first man to do so since Bjorn Borg in 1976.

“I never give up in a match. I gave it my best – it’s all I can do,” Federer said after the match.

Federer is also the first person to win eight Wimbledon titles in history.

He defeated the Croatian in 1 hour and 41 minutes, extending his record to 19 Grand Slam titles.

“It is cruel sometimes. But Marin fought well and is a hero, so congratulations on a wonderful tournament,” he said about his opponent.