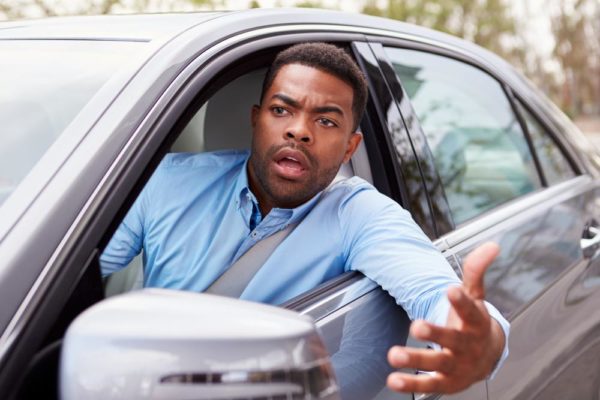 Running late to work this morning, I boarded a commercial motorcycle (okada) to Yaba to beat late morning Lagos traffic. After a few Van Damming twists and turns, we managed to escape a long line of traffic congestion or go slow as we fondly call it around here. I felt fulfilled. The point of boarding the okada was to escape traffic jam and we were doing fine so far until we got to a bridge.

A hundred motorcycles or so were stuck in traffic here with no inch of squeeze space. I was sitting there imagining how tight the traffic was that a 100cc motorcycle couldn’t pass.

Then I remembered traffic situations where pedestrians would not find walkway. I have been in these quagmires on countless occasions and there is no imagining; they defy logic.

But, Lagos traffic as a whole breathing being defies every kind of logic, rhyme or reason.

Forbes, Quartz and the UK Telegraph all made different lists of the most traffic congested cities in the world and Lagos did not make it into any of them. It is possible, but very hard to imagine.

A typical Lagos traffic situation trumps a chaos scene from the Fast and Furious franchise. In a two lane road, everybody and their brother struggles to get on ahead regardless of their place in the line. The 20th vehicle on the (previously) orderly line makes a turn and struggles to cross the 19th while he is struggling to beat the 17th (who is trying to stay ahead of the intrusive bumper of the 18th car). The description alone is chaotic but (I hope) you get the picture now.

At the end of the day, there are five lanes of cars on the (two lane) road and an impossible bottleneck. In a bid to beat the five minutes it would have taken to wait individual turns, everybody is stuck in this artificial bottleneck for (a minimum) of 45 minutes.

On one occasion, the commercial bus I boarded got stuck in traffic on a stretch of road for an hour plus some minutes and then an army motorcade appears out of nowhere driving against traffic (Nigerian style). After a few doses of good ol’ horse whip on commercial bus drivers, the road was free in 5 minutes. This incidence reiterated a fact that I have always known; traffic in Lagos is more a people problem.

In 2006/2007 when the former governor (Babatunde Fashola) introduced compulsory psychiatric test for erring motorists, it became obvious that the Lagos State government understood the problem on its hand. But like good initiatives in Nigeria, I suspect this solution has been flushed down one bureaucratic latrine or the other.

Most drivers in Lagos are MAD. Once tyres hit the Lagos coal tar, a strange spirit seizes the most pious of men turning him into a scheming demon with the tongue of a drunk pirate.

There are various confessional tapes of repented witches and wizards making the rounds in Nigeria. Out of curiosity I have listened to a couple of them, and as much as some (or most) of their claims are outrageous, there seems to be a thread. A good number of them have confessed to ‘manning’ Lagos roads to cause traffic. Man, I want to believe that, I need to.

Because the alternative to witches and wizard grabbing the senses of drivers on Lagos roads is addressing the fundamental people problems.

Technology is not the (only) answer. It is not at all. Platforms like BeatTraffik, Tsaboin and MaxGO; our new Uber for Okada are only palliative measures.

We have to recognize and address the people problem if we will ever lead anything resembling a sane traffic free lives in this city of hustlers.

The Lagos State government should restart its compulsory psychiatric test, make the process of obtaining driving licenses more stringent and make traffic offenders face jail terms. But this is solution must have a two pronged approach if it is going to work. As a Lagosian, if you are ever on the wheels of any vehicle, ask yourself if you are doing the right thing. Whether you are constituting a nuisance and compounding the problem. Everybody cannot be mad.

Otherwise, we can continue using prayers to fight witches and wizards while they keep dealing with us in go slow.

Victor Ekwealor Jnr is a professional writer and journalist. A creative artist whose medium is words inked on paper. He is also an amateur chef with a thirst for knowledge that surpasses food cravings. Follow him on Instagram and Twitter; @suaveveekthaw