Child abuse in Nigeria & the story of Three Kids 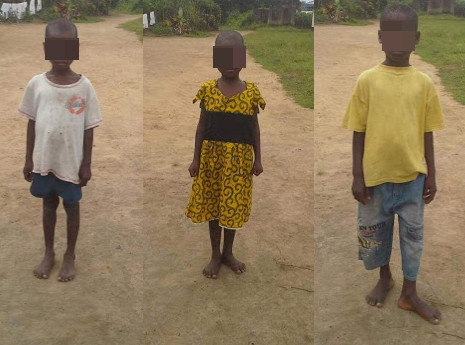 Child abuse has been a growing concern in Nigeria, and we as citizens must do all we can to stamp that out.

With poverty, lack of education, and insecurity on the rise, the problem of child abuse looks like it’s going nowhere unless we (individuals, groups, government) begin to act.

More worrying is the branding of children as being possessed by some spiritual forces, and then subjecting them harrowing levels of physical abuse to exorcise them of a “spiritual” being.

Two of the children pictured above experienced “long term lashing, scalding and systematic tortures” all in a bid to deliver them from witchery before being thrown into streets, an NGO Child’s Right And Rehabilitation Network (CRARN) has claimed.

In a Facebook post on Monday, the Eket, Akwa Ibom-based non-profit said they were rescued by some of their volunteers.

“Two of them were in different prayer houses for months for a phantom deliverance and fraudulent exorcism before being thrown to the streets.

The scars and fresh burns of wounds on their bodies due to long term lashing, scalding and systematic tortures are not worthy of exposure as Mark Zuckerberg beloved men will bring down this piece.

The only girl among them said she ran away from a group of children in Oron when a man came to force them into his car.

This is how the hapless children are being trafficked into prostitution, child labor and sex slavery. Thousands of them surfer this fate in Nigeria.

Ritual killers are also on the sprawl for their body parts meant for black magic for politicians, businessmen and pastors who crave for miracle power.

If churches see nothing wrong in dubbing children witches which lead to their torture, abandonment and deaths; or becoming a nuisance to the society, the government should be daring enough to shutdown such churches.

To reach out to these children, go to www.CRARN.net,” the organisation wrote.

What can you do?