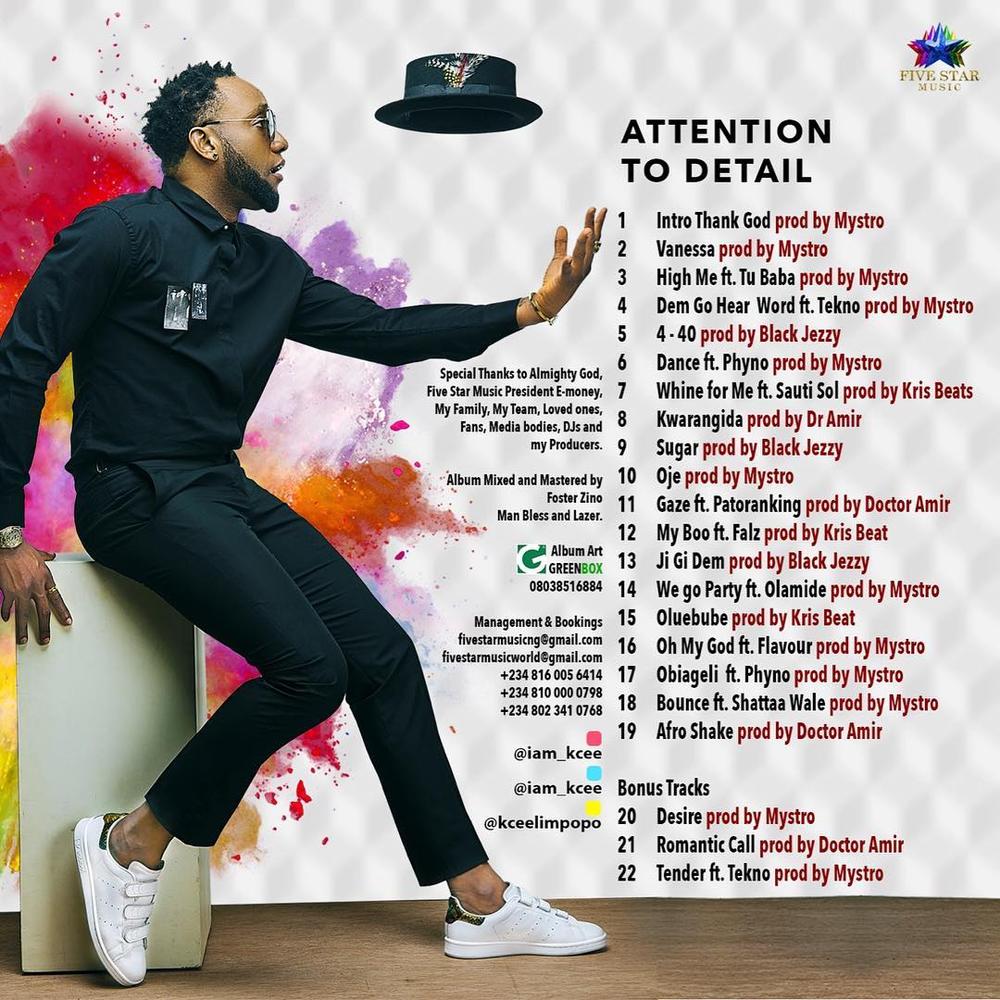 Five Star Music CEO Kcee is set to drop another album titled “Attention to Detail” on the 24th of August. The album which he disclosed would fund his 2019 governorship campaign includes 19 tracks as well as 3 previously released singles as bonus tracks.

#officialcountdown..3 days to the release of my second studio album and I’m pleased to share the official tracklist with you… We’ve been working on this for a long time and now we are almost there… Thanks to you all for your support always… Only the best is good enough for you all. #AttentionToDetail. God bless you all and have a great week.???????