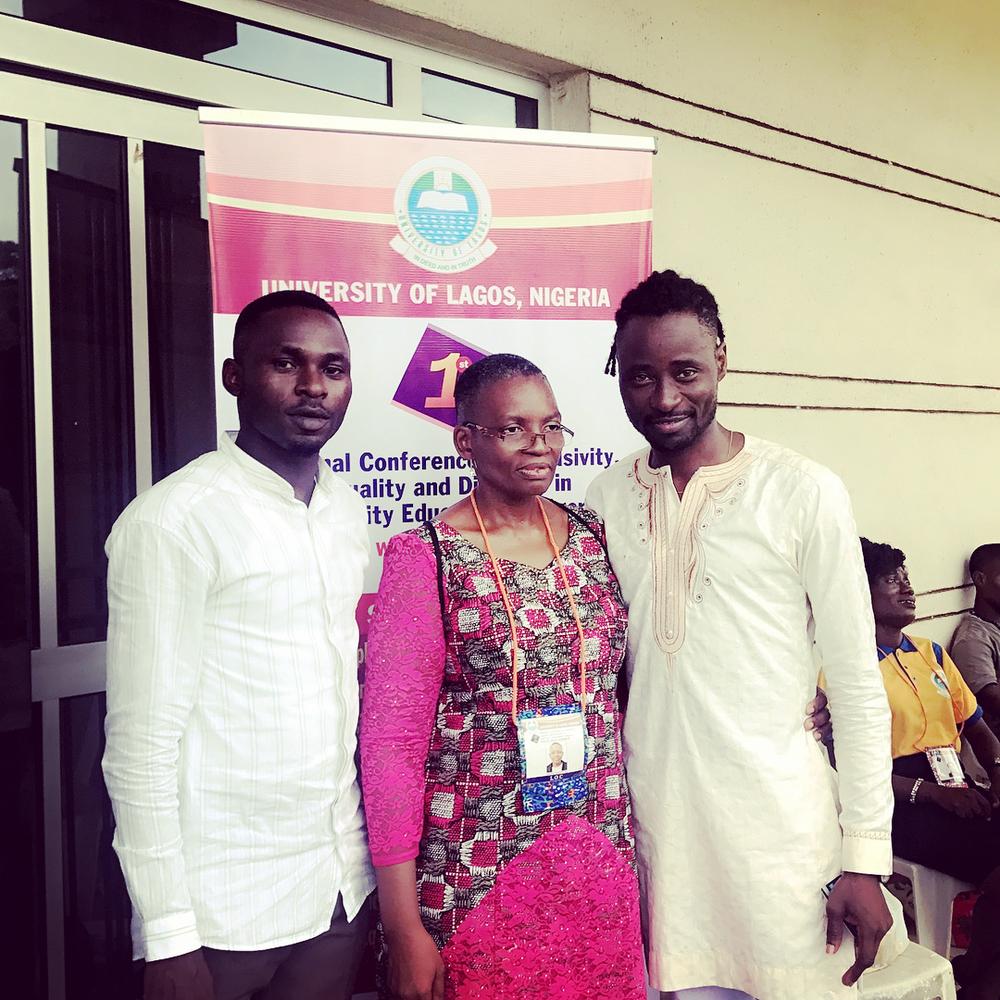 A lot can change in a few years and HIV activist Bisi Alimi is sharing an experience in which he went from being unaccepted for who he was to being accepted and recognized in a matter of years.

According to him, he recently had the honour and privilege of presenting the closing plenary at the first ever ‘Diversity and Inclusion’ conference at the University of Lagos, and the event made him remember when he was not allowed to graduate from the same university for his sexuality.

13yrs ago, I graduated from the university of Lagos with second class upper with honours.

That graduation happened at one of the most challenging time of my life. During my exams period, I was on set shooting my first ever career break, but I was also facing the pressure to kill a story that was about to out me. Then, I was also facing a disciplinary committee for my sexuality. Few months later in October 2004, I came out and my university came to a conclusion I was not morally fit to graduate.

Though I had my certificate many years later, I never attend my graduation.

Before my presentation, I actually went to the bathroom to cry a little. No one told me this is a possibility. I also didn’t believe it.

My life might have been shattered 13years ago, but one thing I left with was my pride, integrity and ego. I agree I am a very misunderstood person and most time I present such image but one thing is clear for me, I don’t give up easily. I hardly even know what it means to give up.

I am here in the car heading back to my hotel and tears dropping off my eyes.

Who would have thought that the boy that was told he was not fit enough to graduate because of his sexuality will go back to the school to talk about why boys and girls like him should not be judged by their sexuality.  However, it was also the fact that, I shared the stage with powerful academia from my university.

Idris Elba is so in ?! Watch him talk about New Girlfriend Sabrina in this Interview