All you need to know about the Trending #LooseTalkPodcast with M.I, Osagz, Loose Kaynon & AOT2 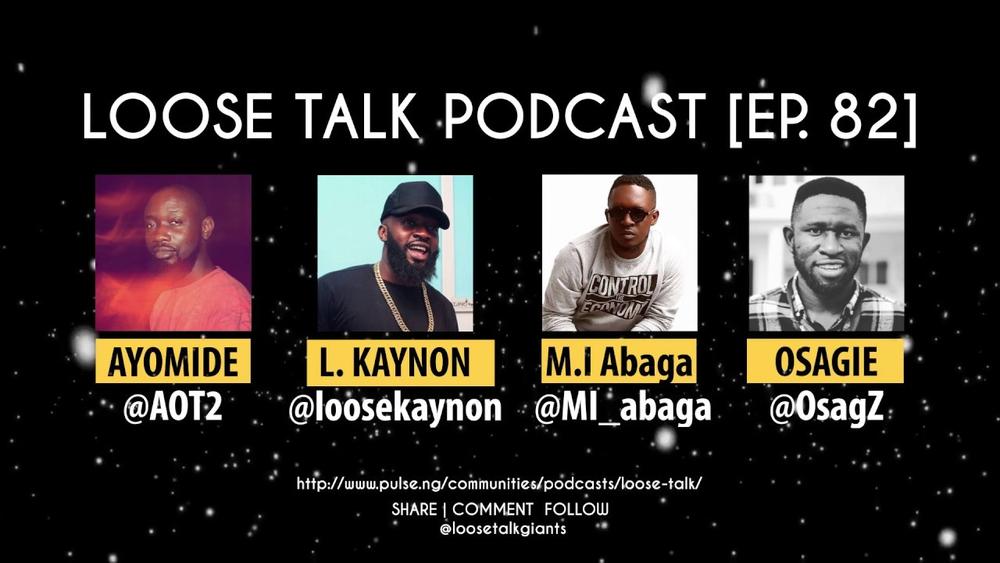 Music critic Ayomide O. Tayo otherwise known by his initials AOT2 wrote an article on rapper M.I a few days back. The article was based on a song by another fan of M.I, Kead berating the rapper for “losing” touch with the rap game.

The Chocolate City boss was however not impressed with both the song and the article which pointed out his third studio album “Chairman” as being his weakest release. He made this known via his Twitter account as well.

For 10 years I have been a role model..Hard working no scandal Hiphop legend .. 3 albums 3 legendary mixtapes.. over 150 collins

@OsaGz I have told u face to face that you could be legend.. if you helped D music grow..n not act like a vulture.. only preying on death

I just took this pic.. chairman is still top 5 on the iTunes charts 3 years on pic.twitter.com/G5rNMqTuVh

Editor-in-Chief of Pulse Nigeria, Osagie Alonge where the article was published invited M.I to thrash out the issue on his “Loose Talk Podcast” show.

Why not come on #LooseTalkPodcast and chop it up with us? @AOT2 @DizSteve

M.I went along with fellow CBN act Loose Kaynon to discuss with AOT2 and Osagie on the “Loose Talk Podcast” and they were on it for 2 solid hours. The points raised in the show by both sides have made the podcast a trending topic.