Submit to search because everyone is a suspect - Nigerian Police

The Nigerian Police on its official Twitter account has said every citizen of the country is a suspect.

Of what crime? We’re not sure.

The official account said this while defending the police from allegations of manhandling citizens for no just cause.

A TwitterNG user, Mister Mo, had made a tweet about wishing for a future where his son will not be manhandled or shot just because he wears a beard or carries a laptop.

The future u want is here. Educate ur children to always submit to police search if requested cos everybody is a suspect.

The account also suggested that only journalists are allowed to take videos of policemen.

When a TwitterNG user said recording a police officer would result in imprisonment, the PoliceNG account asked: “are u a journalist?”

The account went on to excuse the behavior of errant policemen, saying the “hustle environment” they work in make them act the way they do. 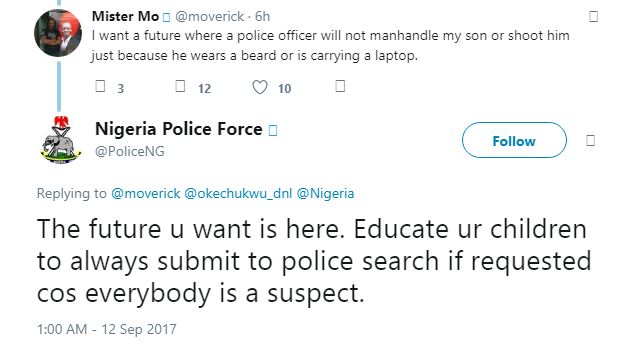 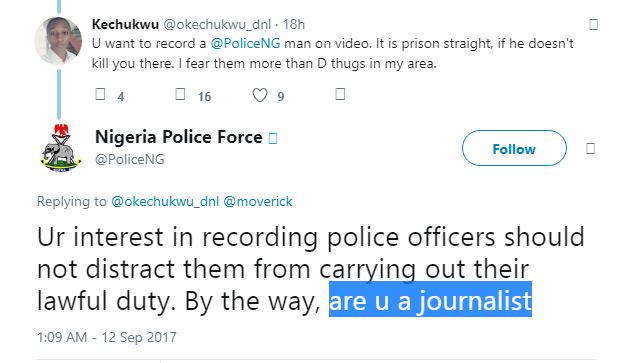 I get inspiration from Ronaldo, “The Don” – Anthony Joshua | WATCH