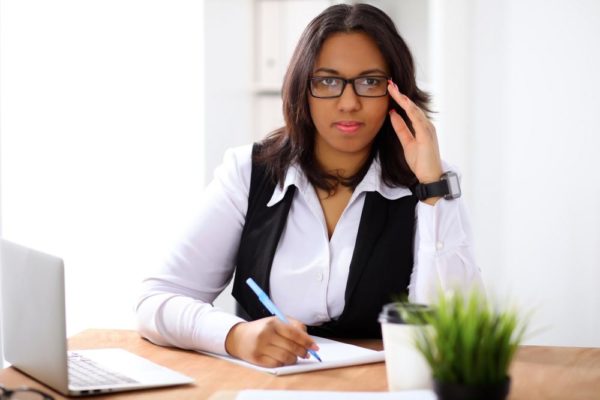 As George S. Clason said, “without wisdom, gold is quickly lost by those who have it, but with wisdom, gold can be secured by those who have it not.” Self-made millionaire David Bach, is of the opinion that how much you earn has almost no bearing on whether or not you can and will build wealth. Regardless of the size of your pay cheque, you probably already make enough money to become rich.

Generally, the formula for getting rich is earning more, spending less and saving as much as you can. But while it looks pretty much easy to do, sometimes it seems impossible. Demystifying the process is why you’re reading this.

The underlying factor is the willingness to make certain lifestyle changes. Initially, they may seem insignificant, but like building blocks, one block connects to another and you find yourself left with something huge in the end. Many self-made millionaires have given key tips on attaining financial freedom through lifestyle changes. Here are 6 major keys:

Find clarity
According to T. Harv Eker, the number one reason most people don’t get what they want is that they don’t know what they want. Rich people are totally clear that they want wealth. When you have a set goal, it is easier to achieve that goal. You have to decide that what you want is to get rich legitimately and have an unwavering conviction in it. You may even take a step further to set the specific amount you want to have earned at a specific period of time and work tirelessly at it. Remember that whether you create success or mediocrity, it is totally up to you.

While the target or goals you have set need to be realistic, you need to dream big. Do not place an embargo on your capacity to achieve greatness. Grant Cardone noted in this article that the single biggest financial mistake he made was not thinking big enough. There is no shortage of money on this planet, only a shortage of people thinking big enough.

Embrace the hustle
The road to wealth is fraught with traps and pitfalls, and that’s precisely why most people don’t take it. They don’t want the hassles, the headaches, and the responsibilities. In short, they don’t want the problems. But you must put in the effort to attain the results. That’s the way it works. You cannot expect to get what you haven’t worked for, as if you deserved it. It’s okay to get sweaty from the hustle. Whether or not people believe it, hard work does pay the bills. In Think and Grow Rich, Napoleon Hill emphasised that wishing will not bring riches. But desiring riches with a state of mind that becomes an obsession, then planning definite ways and means to acquire riches, and backing those plans with persistence which does not recognize failure, will bring riches.

The only element of success that you can control is YOUR EFFORT. Most people do minimum work but expect maximum results. Instead of shirking the responsibilities of work, spending time seeking out better ways to achieve your goals is a more profitable venture.

Avoid unnecessary expenses
The first thing on this list is impulse buying. Impulse buying revolves around making unnecessary and usually unplanned purchases. Impulse buying has a way of cutting through your finances and before you know it there’s a large deficit in your savings. Before making such purchases, stop and ask yourself if it’s something you really need. Go home and actually think about it. If it’s something you need, it will still be there in a few days and you can go back for it.

Avoid the impulse to show off. In this age where people live most of their lives on social media, the temptation to live a lifestyle that does not match your income is high. But remember that if you go broke trying to act rich, you only have yourself to blame. Live a lifestyle that is sustainable by your income.

Get creative. Learn a new skill
The world is moving so fast and people who refuse to move with it get left behind. In order to avoid becoming obsolete, it is fundamental to learn a new skill. But not just any skill, a useful skill that can give value and help people solve their problems. Steve Siebold argues that one of the fastest ways to make money is to solve a problem. The larger the problem solved, the more money you make. Being rich isn’t a privilege. Being rich is a right. If you create massive value for others, you have the right to be as rich as you want.

Save to invest
While saving is a very good financial decision, saving to for the sake of saving proves counterproductive in the long run. If history has shown anything, it is that over time, money loses value. What you could purchase years ago for a specific sum may not be purchased today at the same amount.  So, any amount saved should be invested in something that can bring good return on investment and not merely kept at the bank for an abysmal interest rate at the end of the month.

Pay with cash
Usually, when you pay for goods or services with tangible money, you are forced to make smarter financial decisions than when you pay with intangible funds. Studies show that if you pay with cash, you become more mindful of the amount you’re spending than paying with a card. While paying with your credit cards or debit cards is technologically savvy, it brings along with it to purchase things you ordinarily may not have purchased if you were paying with cash.

Submit to search because everyone is a suspect – Nigerian Police

Experience Magic Before the End of the Year

I'm Peace Adeoye, a graduate of law from the University of Ilorin and Nigerian Law School, Abuja campus. I'm also a writer. I am currently based in Nigeria. You can visit my website peaceadeoye.com or connect with me directly on twitter @adeoye_peace '