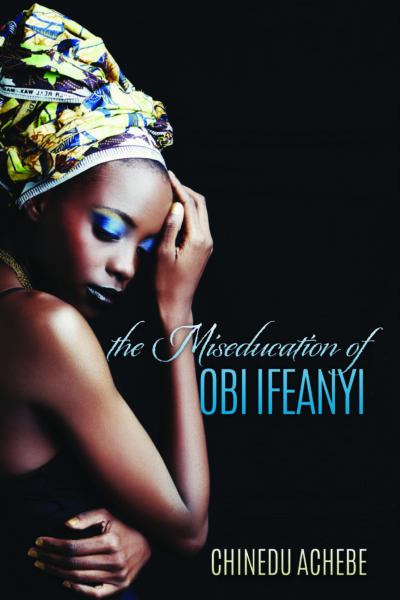 “Happy New Year, my sweet Obi. I hope that you slept well and that all your wishes and desires for this year come true for you. Also, I want you to remember that we are in this thing together and you will always have my full love and support.”

Obi rolled on his side to face her. “Thanks, Chi Chi. You know that my feelings and sentiments for you are the same.” He kissed her on her lips and then on her neck.

“Damn, babe. I see that you woke up with all types of sexual energy,” she teased him. “The year isn’t more than a few hours old and I see the way you want to bring it in.”

“I am just trying to bring in 2012 with a bang,” he whispered against her neck. He brought his lips back to hers and captured them in a fiery kiss. The thought of sleeping with his wife filled Obi with an intense excitement. Between work, Ike, and the holidays, it seemed like it had been almost a month since they had sex. The fact that this was about to happen was cause for celebration.

Obi run his hands down Nkechi’s body, feeling the curve of her hips, before finding the band of her pants and attempting to pull it off. Just then, a loud cry came drifting in from the other room.

Nkechi placed her hand on his and stopped him from going further. “I see that our son is awake. Let me go and see what is up with him.”

Obi could have groaned loudly right there and then as he saw the moment slipping away from him. “Chi Chi, all I need is about five minutes,” he begged instead. ‘Ike will be ok, he cries all of the time anyway.”

Nkechi, who was now sitting on the edge of the bed, seemed to consider Obi’s request for a few minutes, but her maternal instinct kicked in and she stood up. “Sorry, Obi, but I have to go and check on Ike. We will get back to where we were when I am done with him.”

Obi grunted and rolled back to his side of the bed as Nkechi left the room. After about ten minutes, Obi got out of the bed and went to Ike’s room where he found Nkechi breastfeeding their son.

Obi smirked. “Ike sees more of your breasts lately than I do.”

Nkechi laughed. “Obi, stop being so selfish. This isn’t a competition between you and Ike. Ike is a baby and he needs my breasts to get his nutrients. You, on the other hand, only want them for your pleasure.”

Obi knew he was being unreasonable, so he dropped the matter even though he still felt slightly neglected by his wife. After Nkechi finished feeding Ike, perhaps he could try again from where they left off.

He was sadly mistaken. It was the New Year, and well-wishers had begun a persistent avalanche of calls before either one of them could get dressed and head out the door to meet his parents.

By the time they were ready to head out, there was no time to slow down. They had to make a stop at the grocery store to pick up a few things before making it to his parents’ house across town.

It was in the wine aisle of the grocery store where he heard a very familiar sultry voice sing out his name. He turned towards the sound of the voice and came face-to-face with his ex-girlfriend, Tamika. By the time he could react, she had her arms around him in an intimate and seductive hug.

Time had passed since their last physical encounter, but Obi still found himself thoroughly enjoying the sense of her touch; being next to her and having her skin rub against his. Just when he felt himself begin to relax in the warmth of her embrace, he quickly backed away and cleared his throat.

“Happy New Year, Obi,” Tamika said, breaking the uncomfortable silence that followed. “How have you been doing? I haven’t seen you in a long time.”

“I’m doing well,” Obi responded, looking at the woman he had once dated. She still looked fine as hell. Childbirth had been kind to her, her breasts were bigger and her body was still in great shape.

“I see you are still looking great, too,” he added, not thinking his words through. Once the words had rolled off his tongue, however, he wanted to have them back. He didn’t want to give her any type of compliment at all. Tamika had a big ego and he knew she would start to get full of herself. But it was too late to take back the compliment because Tamika basked in it right away.

“Thanks for noticing, Obi. I had to work very hard to get the baby weight off. I hired a personal trainer and I now go to the gym about four to five times a week.”

“Hey, that is good for you,” he said and tried to turn his attention back to the wine rack. But Tamika was obviously not done and was not going anywhere anytime soon.

“So, how is married life going so far?”

“I and Nkechi are doing great. She is somewhere in the store with my son, Ike. We’re picking up a few things to take to my parents’ house.”

If he hoped his newest revelation would make Tamika back off and want to leave, it didn’t. But he did not expect her next statement either.

“Wow, that is awesome,” she exclaimed. “I really would like to see her and your son.”

Obi did not have a chance to respond, Nkechi was walking down the aisle towards them carrying a basket in one hand and holding their son in the other. His heart began to race as Nkechi approached. Once she was standing close to him, he took Ike from her while she kissed him on his cheek.

“Hey babe,” he said to Nkechi, his eyes shifting restlessly from one woman to the other, “this is Tamika, my ex-girlfriend from college.”

Nkechi’s eyes widened. “Oh, it is so great to finally meet you,” she said, extending a hand out to Tamika. “Obi has told me so much about you.”

“It is good to meet you as well,” Tamika said, taking Nkechi’s hand in a delicate handshake. “Just wanted to tell you that you have a great man here. I know that you are lucky to have him.”

Nkechi could not hide the smirk on her face. “Thanks for letting me know that. He is a great husband and father. I would never dream of letting him slip through my fingers.” She sat the basket down on the floor and looped her arm through her husband’s.

Obi could sense the tension building. He tried to direct his attention away from the women and towards Ike. Tamika did the same.

“So, who is this handsome little man?” She asked, touching her palm to the baby’s face. Ike tried to shield his face with his small hands.

“I see he is a little shy,” Tamika said, redirecting her attention to Nkechi and Obi. Nkechi simply smiled tightly.

“Do you guys mind if I carry him for a little bit?” She asked, reaching her arms out towards Obi. Obi was a little uncomfortable with the whole situation and looked to Nkechi for guidance, but got none. Instead, Nkechi avoided making eye contact with him. Obi knew he would have to make this call on his own.

With a half-smile on his face, he handed the baby over to Tamika. “Yea that is not a problem at all. But be careful with him, he isn’t as light as you think he might be.”

Tamika took Ike in her arms effortlessly and began tickling his nose. Ike giggled in response as Obi and Nkechi looked on, amazed at how quickly he had warmed up to Tamika.

“Your son is so cute,” Tamika said to Nkechi, while still tickling the baby’s nose. “He looks so much like Obi and even has some of his mannerisms.”

Nkechi smiled and looked at Obi but did not say anything.

“Maybe we can set up a lunch or play date with Ike and my son, Jamal. How old is Ike by the way?”

“That is just perfect. My son is about three months older than him,” Tamika responded gleefully. “I know Obi still has my number, but I will take yours down as well.”

Obi was a little bit bewildered at the sight of Tamika putting Nkechi’s phone number and email address into her cell phone. Then to make matters weirder, Tamika said to Nkechi, “Are you on Facebook? If so, I will send you a friend request. I post pics of Jamal all the time and can see some of your pics as a family and of Ike.”

Chinedu Achebe is a Nigerian American who was born in Richmond, Virginia. He published his first book, Blunted on Reality in 2012. The Miseducation of Obi Ifeanyi is his second book along with being the sequel to Blunted on Reality. Chinedu currently lives in Houston, Texas. The Miseducation of Obi Ifeanyi is available on Amazon.com and Okadabooks.com.

Your Better Self with Akanna: Is It Wrong To Be Richer Than Everyone Else?