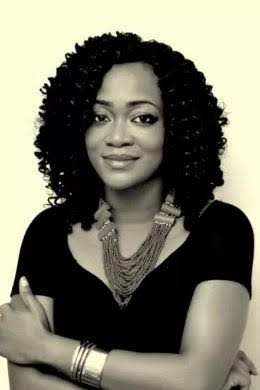 Writing, and creative writing, in particular, is hardly ever done in isolation. More often than not, people write to make reference to history, explore imagination, or address socio-cultural themes of the day. Where the issues been espoused are still relevant, they hit home in a corner of the reader’s chest, and where those issues have been phased out or are no longer a major concern, at least they remind us of what obtained in times past.

Ifesinachi Okoli Okpagu is a marketing communications executive with over seven years’ experience, an Associate Producer of a pan-African TV show and head of the marketing communications team of an insurance company. She also serves as the chief custodian of the Lexiton brand with intellectual property in the media and entertainment industry. A graduate of Fine and Applied Arts, her stories have been published in Sentinel Nigeria and Saraba Magazine. 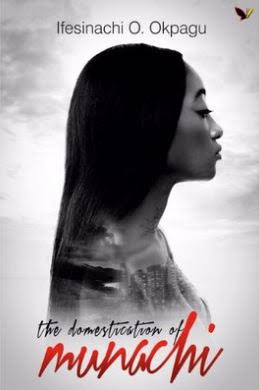 “The Domestication Of Munachi” is about a lady named Munachi whose parents arrange for her to be married to Obiora, a wealthy businessman based in South Africa. However, she not only finds her suitor unattractive, she also sees how Adanna, her elder sister, gets beaten regularly by her husband Emeka, causing her to question the essence of marriage. On the morning of the day she is supposed to wed, she runs away to Lagos to live with Chimuanya, her rich but unmarried and childless aunt. While there, she is pressured by  Chimuanya to make a living for herself, causing her to get into conflicts with her principles, and ultimately getting caught up in a web of emotional complexities.

There is also room to narrate Adanna’s struggles in trying to preserve her marriage, as she is torn between fighting to maintain her dignity and saving the family name from (purported) disgrace.

The novel dives headlong into tackling a number of topics which seem obsolete on the surface but still rear their heads in today’s society. Arranged marriages still go on, ladies are still under pressure to marry before thirty, and then there is the scourge called domestic violence. Parents still sacrifice the happiness of their progenies on the altar of reputation, women find it hard to walk out of abusive marriages, and all these are brought to the fore here.

There is also the matter of financial pressure, sexual exploitation, marital infidelity and family bonds. All these pieces of meat fight for room in the pot that is this book.

The narrative style of the book is simple, maybe too simple, and while it may be sneered at by literary purists and seekers of “deep prose”, Ifesinachi is not looking for adulations in respect of her prowess, she is simply telling a story, embarking on a social crusade of sorts. The story is told from the perspectives of Munachi, Adanna, Chimuanya and Eliza (Munachi’s mother), but it could have well been all about Munachi, as none of the others come with a touch as personal as hers. There is also something a tad cliche about how Munachi’s squeeze happens to be a husband to one of her aunt’s friends, but it’s fine, there is no detour from the message.

Something interesting is done with Adanna’s character, and I think it could have been explored more; she sinks into depression, and from her head emerges Belinda – a more slender, confident, vicious, cigarette-smoking alter ego of herself. Her imagination gives Belinda life, to the point that when she finally retaliates to her husband’s assaults, she thinks it’s Belinda doing the fighting. The concept of mental health, and Dissociative Identity Disorder in particular, is really interesting, and Ifesinachi should have expanded on this.

The book starts at a moderate pace, slumps into monotony, but finishes on a high, and while no new discoveries are made, we see that many of the issues that have plagued women over the decades are still very much with us. “The Domestication Of Munachi” may not score excellent narrative points, but there is a  story in here, one that we should actually listen to.

Want a copy of this book, head here on the OkadaBooks store. It’s just N500! 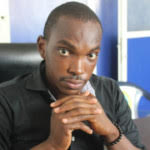 Jerry Chiemeke is a lawyer who resides in Lagos. His works have been featured on The Kalahari Review, Brittle Paper and Elsie Isy.  His editorials have also appeared on True Nollywood Stories and he is currently a book reviewer on literary blog Bagus Mutendi. He recently published his first book, “The Colours In These Leaves