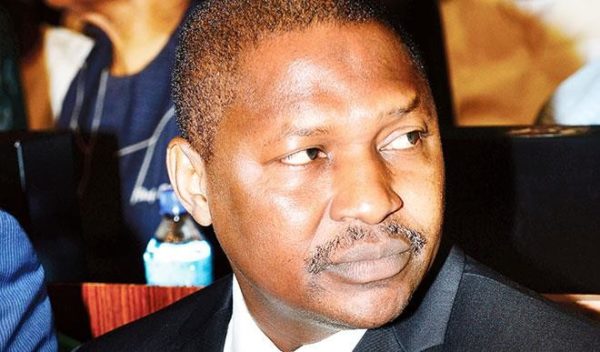 The Attorney General of the Federation and Minister of Justice Abubakar Malami has broken his silence on his reported reinstatement of wanted former pension boss Abdulrasheed Maina.

Maina who has been declared wanted by the EFCC since 2013 was reinstated and promoted to the position of Director in the Human Resources Department of the Ministry of Interior.

Malami, speaking to Vanguard, said he will be giving a full statement when he appears before the Senate who had summoned him.

He said he is a lawyer who is “always guided by the law and public interest.” He said:

I am a legal practitioner, who is always guided by law and public interest and will therefore not do anything that deviates from the law or breaches public interest.

I believe that Nigerians are entitled to know the truth in the entire saga and I am ready to speak directly to them when I appear before the Senate since I have been summoned by the legislature, which is investigating the matter.

I will not however talk until I get clearance from my principal on the matter and I look forward to addressing anxious Nigerians on the matter when I appear before the Senators.