The Adoption Series with Abimbola Adeluwoye: The Role of Christianity in Adoption | John Piper's Story 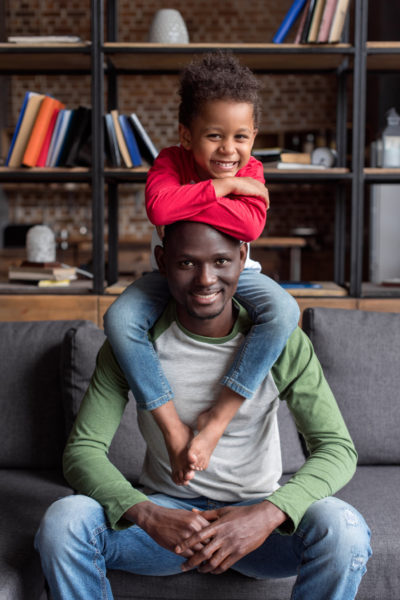 Click here to read the first part of this topic.
“Adoption… not a fall back plan option or because you can’t have our own. But wholly believing you are seeking to bring home the very child God created with you and your home in mind, fully equipping you to be the very parent he called you to be”.

The concept of adoption is very common to the Christian God. Adoption is the very fabric on which Christianity is woven. It is the foundation on which the gospel of redemption was built as shown in this Bible verse:

But when the fullness of time had come, God sent forth his Son, born of woman, born under the law to redeem those who were under the law, so that we might receive adoption as sons. And because you are sons, God has sent the Spirit of his Son into our hearts, crying, “Abba! Father!”  So you are no longer a slave, but a son, and if a son, then an heir through God. Formerly, when you did not know God, you were enslaved to those that by nature are not gods.

Adoption was very common in Bible times. There are three adoptions in the Old Testament (Moses, Esther, and Genubath, 1 Kings 11:20). Some people also allude that Jesus Christ was adopted seeing as his conception was by the Holy One and was brought up by Joseph his earthly father.
I have also quoted extensively from John Piper of Desiring God.Org, whose family adopted 2 month old Talitha Ruth, when in their 50’s, after having three sons. They were white, she was black. {Original text found here; excerpts below}

***
What I would like to do is lay out some similarities between what God did in adoption and what happens in adoption today. God has done it himself. He knows what it costs. And he stands ready to support us all the way to the end.

Adoption was (for God) and is (for us) costly.
To redeem means to obtain or to set free by paying a price. What was the price that God paid for our liberation and adoption? “Christ redeemed us from the curse of the law by becoming a curse for us—for it is written, ‘Cursed is everyone who is hanged on a tree’” (Galatians 3:13). It cost God the price of his Son’s life.

There are huge costs in adopting children. Some are financial; some are emotional. There are costs in time and stress for the rest of your life. You never stop being a parent till you die. And the stresses of caring about adult children can be as great, or greater, than the stresses of caring for young children. There is something very deep and right about the embrace of this cost for the life of a child!

Adoption is as far as possible from the mindset that rejects children as an intrusion and are ready to embrace the suffering—known and unknown. God’s cost to adopt us was infinitely greater than any cost we will endure in adopting and raising children.

Adoption did (for God) and does (for us) involve the legal status of the child.
There were legal realities God had to deal with. His own justice and law demanded that we be punished and excluded from his presence for our sins. Righteousness was required and punishment demanded. God had to satisfy his justice and his law in order to adopt sinners into his family. This he did by the life, death, and resurrection of his Son Jesus Christ.

So it is with our adopting children today: The legal transactions precede and under gird the growth of family feelings. If the legal red tape seems long and hard, keep in mind that this tape is not yet red with your blood, but Jesus satisfied all the legal demands precisely by shedding his blood.

Adoption was blessed and is blessed with God’s pouring out a Spirit of Sonship.
God does not leave us in the condition of aliens when he adopts us. He does not leave us with no feelings of acceptance and love. Rather, he pours his Spirit into our hearts to give us the experience of being embraced in the family.

In the mercy of God, in our families God works to awaken affections in adopted children for their parents that are far more than legal outcomes. They are deeply personal and spiritual bonds. Adopted children do not infer that they are our children by checking out the adoption papers. A spirit pervades our relationship that bears witness to this reality. Like the other children in the family, they all cry, “Daddy.”

Adoption brought us, and brings our children, the rights of being heirs of the Father.
Because you are sons, God has sent the Spirit of his Son into our hearts, crying, “Abba! Father!” So you are no longer a slave, but a son, and if a son, then an heir through God. (Galatians 4:6-7)

Just before we left for England on sabbatical, Noël and I went to a lawyer and updated our wills. All the boys are married, and Talitha is the only legal “dependent.” A lot had changed since the last time we made wills. This was a reminder to us that she will inherit like the sons. She is not in a lesser adoptive class. All inherit together. That is the way God did it. That is the way we do it.

Adoption was (for God) and is (for us) seriously planned.
Adoption in God’s mind was not Plan B. He predestined us for adoption before the creation of the world. Plan A was not lots of children who never sin and never need to be redeemed. Plan A was creation, fall, redemption, adoption so that the full range of God’s glory and mercy and grace could be known by his adopted children. Adoption was not second best. It was planned from the beginning.

In our lives, there is something uniquely precious about having children by birth. That is a good plan. There is also something different, but also uniquely precious, about adopting children. Each has its own uniqueness. Your choice to adopt children may be sequentially second. But does not have to be secondary. It can be as precious and significant as having children by birth. God is able to make adoption and A+ plan in our lives.

Adoption was (for God) and often is now (for us) from very bad situations.
God did not find us like an abandoned foundling bundled on the front step and irresistibly cute. He found us ugly, evil and rebellious in our sins. We were not attractive. We would not be easy children to deal with. And, what’s worse, God himself was angry with us. He hates sin and rebellion. We were then doubly “children of wrath.”

These are the ones God pursued in adoption. Therefore, all of God’s adoptions crossed a greater moral and cultural divide than any of our adoptions could. The distance between what we are, and what God is, is infinitely greater than any distance between us and a child we might adopt. God crossed the greatest cultural barrier to redeem and adopt us.”
***

Adedoyin Owotomo: 6 Ways For Fresh Graduates To Make a Great Impression at Work

Chika Uwazie’s TalentBase: 7 Motivational Quotes To Get You Through the Week