“Gossip Girl” star Ed Westwick has released a second statement denying the allegations of rape made against him.

2 women, Kristina Cohen and Aurelie Wynn have made claims on their respective Facebook accounts saying they were raped by the actor.

Both Cohen and Wynn said their encounters with Westwick took place 3 years ago.

Westwick had in a brief statement released on all of his social media accounts refuted Cohen’s accusation, saying he has never in his life met her or raped anyone.

In the new statement, Westwick has once again denied raping anyone, adding that the authorities are working to clear his name.

See his statement below: 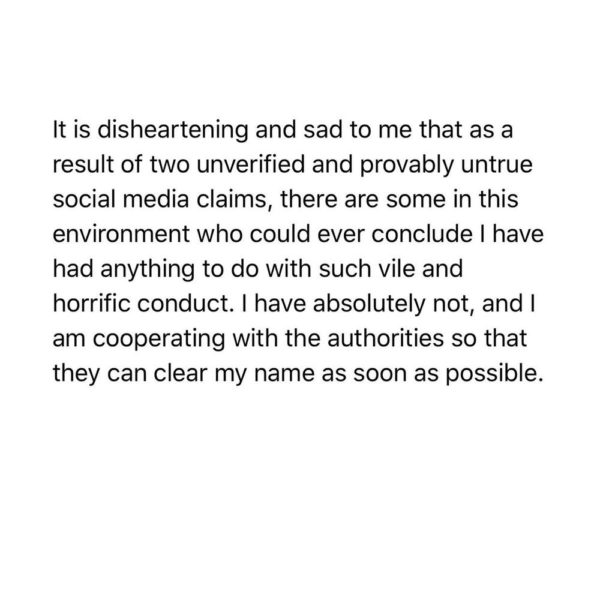 “Who are you to judge?” – Bobrisky replies Eedris Abdulkareem