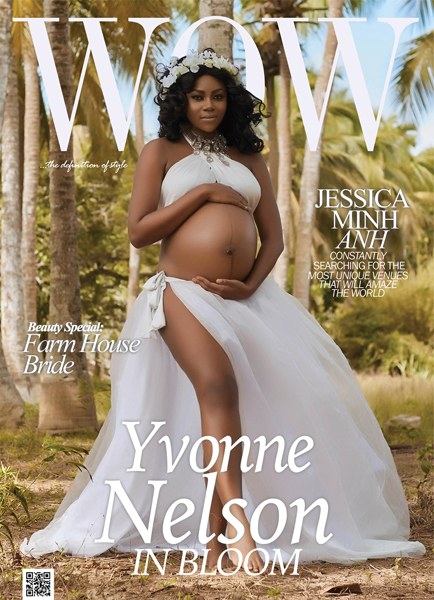 Yvonne Nelson is the cover star for WOW Magazine‘s latest issue. In the cover story, the actress talks about pregnancy, her partner, and finding complete happiness with her baby girl.

The issue was released today (Sunday, November 12th), which is Yvonne’s birthday. She shared a photo of the cover on Instagram and wrote: “WOW! ITS MY BIRTHDAY ??? The BEST year of my life! The best birthday GIFT ever! Looking for a miracle?? Just look around you….it’s there. He’s present in everything”. 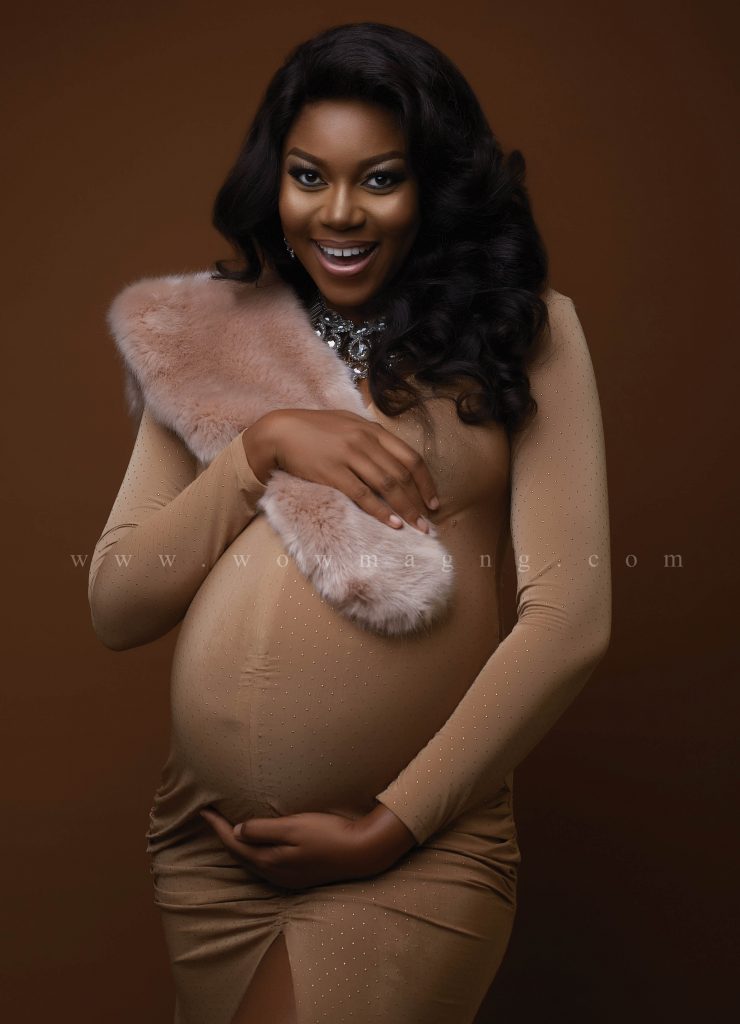 I was so paranoid because I don’t think I’ve been to the hospital ever, but I got pregnant and I had to got to the hospital like every two weeks. You know, all these different tests one must undergo and it’s scary because it (was my) first time. You don’t just know what to expect, people don’t tell you these things.

It feels like a minute ago, I was on the beach relaxing in my size 4 figure…. It’s so humbling knowing that I’m about to become a mother. Guess the best part? I can eat whatever I want without worrying my tummy would protrude. It’s already very big.

How her Mum Felt about the Pregnancy

My mum used to be so big on marriage; she was very traditional – marriage, then baby – until I got pregnant. It’s like everything changed. I guess your priority obviously changes to something else. She’s now more concerned about the baby. 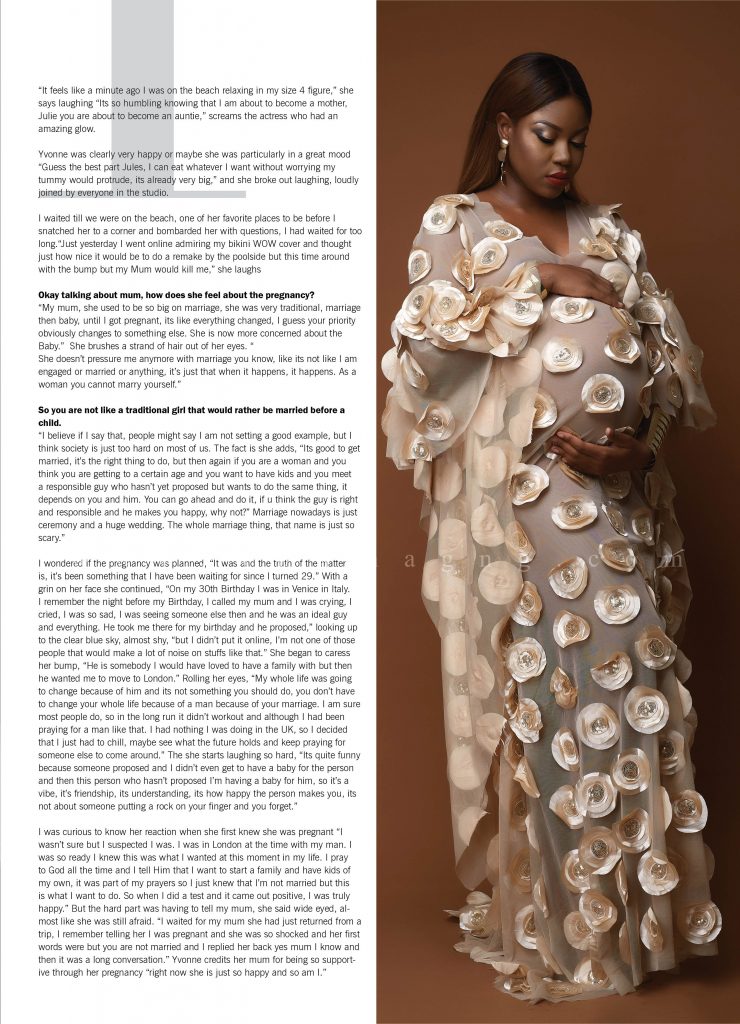 On Marriage before Pregnancy

I believe if I say that (I’m not a traditional lady who may decide to get pregnant out of wedlock), people might say I’m not setting a good example but I think society is just so hard on most of us. The fact is, it’s good to get married, it’s the right thing to do, but then again, if you are a woman and you think you are getting to a certain age and you want to have kids and you meet a responsible guy who hasn’t yet proposed but wants to do the same thing, it depends on you and him. You can go ahead and do it if you think the guy is right and responsible and he makes you happy. Why not?

On Whether the pregnancy was Planned

It was, and the truth of the matter is, it’s been something I’ve been waiting for since I turned 29. On my 30th birthday, I was in Venice, Italy. I remember the night before my birthday, I called my mum and I was crying. I was so sad, I was seeing someone else then and he was an ideal guy and everything. He took me there for my birthday and he proposed.

He’s somebody I would have loved to have a family with but he wanted me to move to London. My whole life was going to change because of him and it’s not something you should do. You don’t have to change your whole life because of a man, because of your marriage. I’m sure most people do, so in the long run it didn’t work out.

It’s quite funny because someone proposed and I didn’t get to have a baby for the person, and this person who hasn’t proposed, I’m having a baby for him, so it’s a vibe, it’s friendship, it’s understanding, it’s how the person makes you (feel). It’s not about someone putting a rock on your finger and you forget. 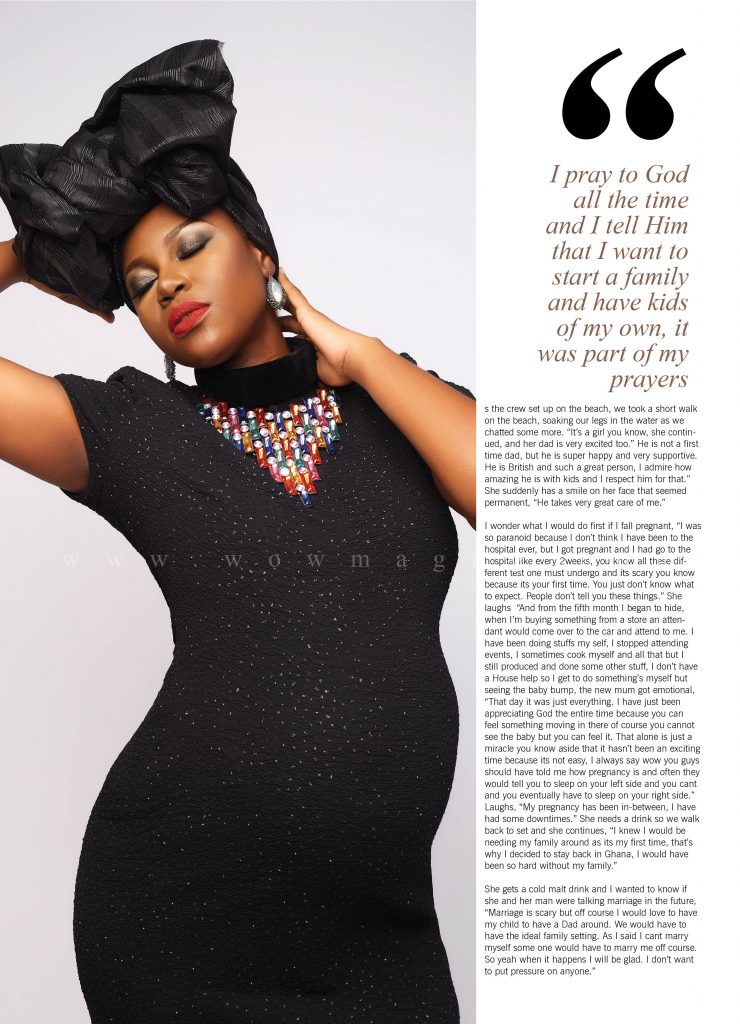 On Whether her and her partner are discussing Marriage

Marriage is scary but of course, I’d love my child to have a dad around. We would have to have the ideal family setting. As I said, I can’t marry myself, someone would have to marry me. So yeah, when it happens I’d be glad (but) I don’t want to put pressure on anyone. 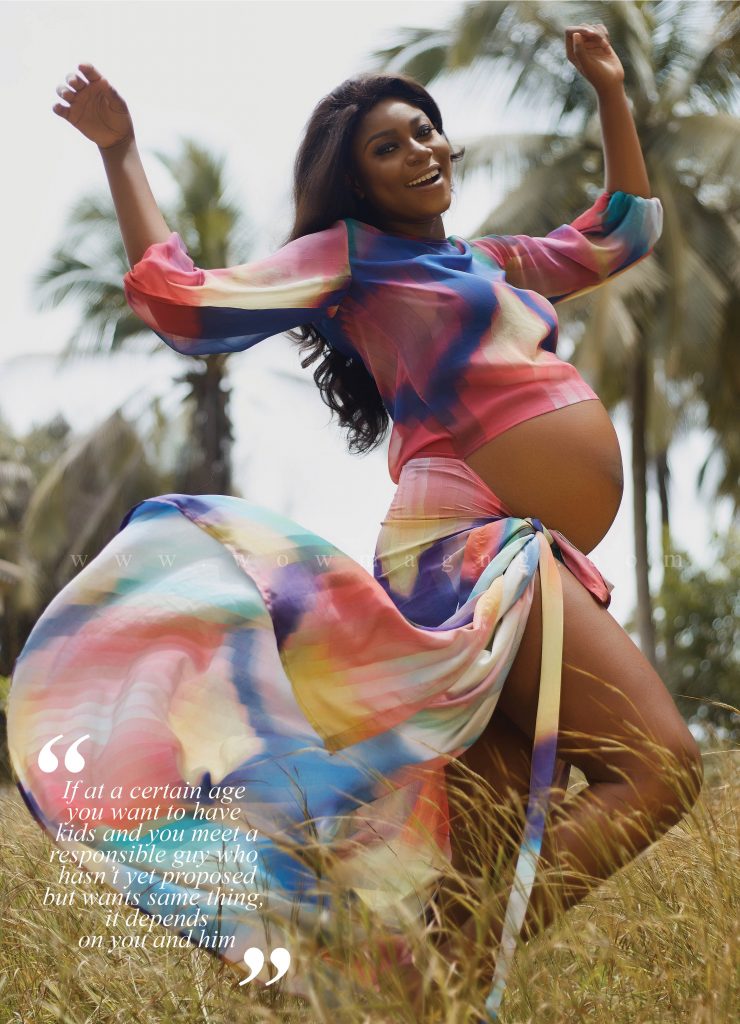