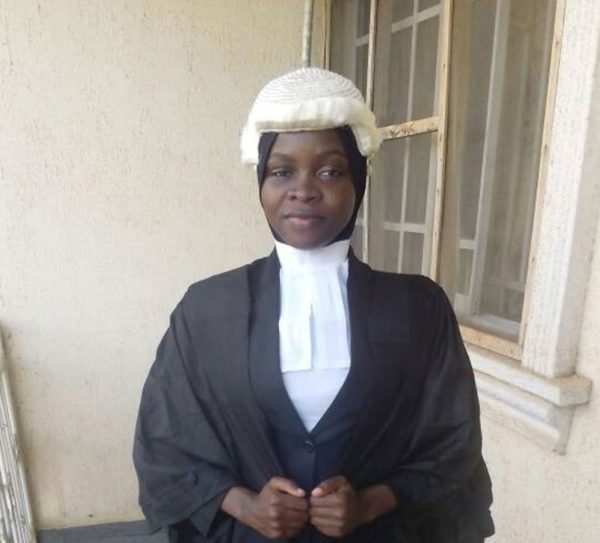 Firdaus Amasa has said she was aware her insistence on wearing her hijab on her call to bar ceremony would get her barred, Premium Times reports.

Firdaus had been denied from being called to the Nigerian Bar Association (NBA) after showing up to her call to bar wearing her hijab.

The internet had gone agog, some people saying she knew the rules and should have abided by them, while others said it is her fundamental human right to wear a hijab.

The president of NBA, A. B. Mahmoud has described the controversy as needless, saying it will be addressed.

Firdaus, speaking to Premium Times, said her major concern was to pave the way for others in the coming years to be permitted to use their hijab during the ceremony.

She said there are no laws proscribing the use of the hijab, and it is only a convention. She added she “knew that was what was going to happen.” She said:

My major concern is the approval of Hijab so that every person coming behind me will be able to use it for the call to bar.

There is nothing like that (laws preventing the use of Hijab). When you ask them too, they tell you it is convention; that that is how it is done and it has to remain like that.

My demand is that Hijab should be approved.