The Hijab Controversy is Needless & Will be Addressed - NBA President A .B Mahmoud 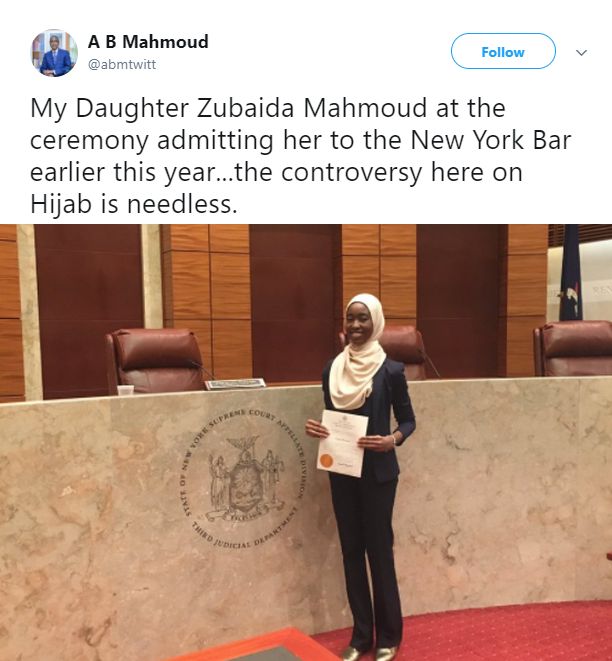 President of the Nigerian Bar Association (NBA) Abubakar Balarabe Mahmoud has reacted to the trending story of a lawyer who passed all the necessary examinations and fulfilled all requirements, but was not called to bar earlier this week because she wore her Hijab under her wig at the ceremony. Read about it here.

The story has generated mixed reactions both on social media and offline. Mahmoud, sharing a photo of British-Nigerian lawyer Olufunke Abimbola who received an MBE for promoting diversity in the legal profession, said that “the Hijab issue will be addressed.”

Mahmoud also shared a photo of his daughter  Zubaida Mahmoud wearing her Hijab during her admission ceremony to the New York Bar earlier this year. “The controversy here on Hijab is needless,” he said.

My Daughter Zubaida Mahmoud at the ceremony admitting her to the New York Bar earlier this year…the controversy here on Hijab is needless. pic.twitter.com/adgWlTGSGC