Share Anonymous: Stay Alert by Identifying How Children are Groomed for Sexual Exploitation 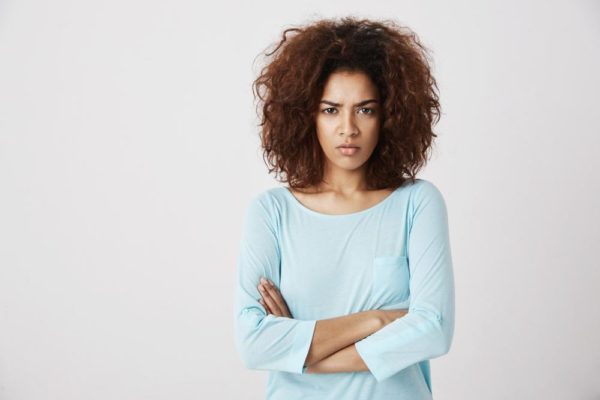 Grooming can be defined as the process of desensitization of a victim by a perpetrator, to make them less likely to reject or report sexual abusive behaviour. Grooming can happen when there is a power differential within a relationship, which the abuser exploits for their own gratification. This is most commonly recognised as a tactic used by paedophiles, both on children and parents. However, adults can also be groomed. Grooming may also include threats or bribes, which persuade the child or young person that it would be impossible to ask for help.

Grooming may be a phased, gradual process, used by perpetrators to sexually exploit children. It can take place over varying periods of time either online or offline – from a few days to several years.

Grooming for sexual exploitation can also take different forms, and be more or less violent. Although we talk about it as having stages, this doesn’t necessarily mean that it will always develop in the same way. The picture we present is to give you an indication of what could happen.

Initial contact
Contact may be direct or through a child’s school mates, friends, siblings or neighbours. Many children disclose that the initial contact was made by someone they regarded as an equal. Contact could take place at home, school, shopping malls, entertainment arcades, leisure clubs, taxi ranks, bus and train stations, etc.

Befriending
After initial contact has been made, the child is then introduced to one or more older men who pose as, or are, the initial contact’s older brother or cousin. The befriending stage involves the perpetrators using coercive and non-coercive seductive and deceptive behaviour.

Example: Jenny’s classmate Moz introduced her to his older brother, Bono. Jenny was flattered to have the friendship of an older boy, and agreed to miss classes to hang out with him and his friends at a games arcade, where she was given cigarettes and vodka for free. They encouraged Jenny to text her mum to say she was at a friend’s house and would be home later, but not to tell her about the arcade. The following week, Bono asked her to come to a party in a nearby town. Jenny knew her mum wouldn’t be happy so said no. But Bono said he would make an anonymous call to her school informing them about her drinking and smoking at the arcade during school hours last week.

Exchange of favours
Following the befriending stage, the child typically feels infatuated with the older man, interprets his attention and behaviour as love and regards him as a ‘boyfriend’. The child’s infatuation can override and weaken the child’s ability to see through and resist the coercion and deception. At this point, the man then seeks sexual favours for himself and for others. The child is expected to perform sexual acts as either proof of the child’s love for this person or as a way of paying for the ‘kindness’ shown during the befriending stage. The child is normally unaware that money is exchanging hands. Although legally significant, the awareness of the exchange of money is a minor consideration. More serious for the child is the demand for sexual activity and the actual experience of it, which can be profoundly shocking and shaming. The perpetrators use the shame against the child as it makes it more difficult for the child to seek help.

Example: Over the next couple of months, Jenny became desperate for the cigarettes that Bono gave her. Cigarettes she borrowed from other friends were not as good as the ones rolled by Bono. She started to sweat and feel sick if she couldn’t smoke one. Jenny and Bono started to meet to smoke together during school hours. She was so grateful for them; she gave him oral sex in his car.

Example: A few months later, Bono took Jenny to a party. She got drunk and followed Bono into the bathroom, where he pinned her against the wall and forced her to have sex with her. All his friends were watching, some even videoed it on their mobiles. But Jenny hadn’t had sex before and was devastated he had taken her virginity in such a violent, public way. Nonetheless, she didn’t think he had raped her, as he wasn’t a stranger wearing a balaclava. She went home, avoiding her mum and showered. Next time she went to the arcade, she saw some of Bono’s friends who have filmed him having sex with her. A tall guy who was much older than Bono approached her with a cigarette. Jenny refused and asked him where Bono was. The tall guy asked if she would like to come and spend some time with him in his flat. Jenny refused again, but to her shock, he started to show her the film of Bono raping her. The tall guy told her that if she would not do what he wanted, he would up the film up on YouTube and Facebook. She ran home and locked herself in her bedroom. Her phone kept ringing. Most of the text messages she received that night were from the tall guy from the arcade.

Control and alienation is exercised in the following ways:

Although some children are able to free themselves from their perpetrators, the whole experience, particularly when it is sustained over a long time during a period of significant personal development, can profoundly change the child’s personality and affect their life prospects and chances. This includes the child experiencing significant psychological effects and extends to the child facing adverse social and economic consequences.

#LiterallyWhatsHot: Raw is the Word – A Review of Abiola AA’s Catharsis