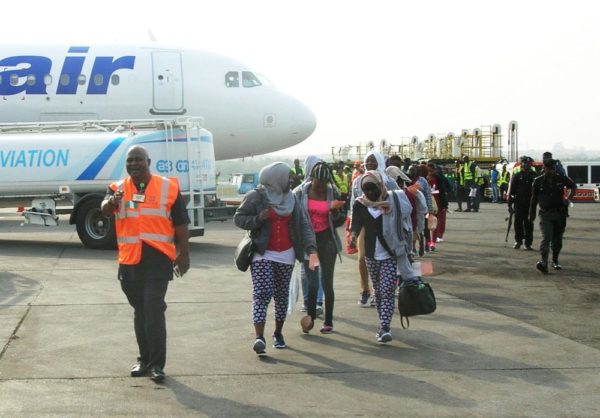 Migrants who were stuck in Libya and have returned to Nigeria have rejected Edo State’s allowance of ₦1,000 for transport, Punch reports.

The Edo State temporary shelter located in Benin has since January 8, 2018 reportedly received 900 returnees, some of whom were moved from Port Harcourt.

The returnees have reportedly complained that those in Lagos State received ₦40,000.

A returnee, Joyce Richard, who spoke to Punch, complained that the sum was insufficient to take her to her hometown in Orhionmwon Local Government Area.

The state government has, upon listening to the complaints of the returnees, reportedly increased the allowance to ₦5,000.

Chairman of the State Task Force on Anti-Human Trafficking and the state’s Commissioner of Justice, Yinka Omorogbe, explained to Punch that the protest was a result of misinformation.

She explained that the returnees in Lagos were awarded ₦41,000 by the European Union through the International Organisation for Migration.

She further clarified that the state intends to pay the returnees ₦20,000 for 3 months. She said:

What we have been able to do now is because of the proactive nature of the state government because no amount has actually been approved to be given to returnees at this stage.

This amount (N5,000) is not a stipend but a realisation that the government is determined to make it (intervention) succeed.

You cannot expect people to trek to their various homes, as many of them do not live in Benin. As such, we were directed to make a provision for the N5,000 transport fare that was not there before now.

Lagos to set up Special Court for Violence Against Women