Eloswag expresses his admiration for Chomzy & plans after BBNaija

Dotun reflects on his most memorable moments in the BBNaija house 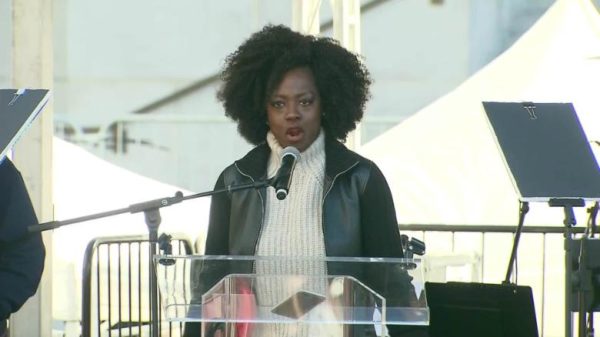 One year after the inaugural Women’s March which took place all across America and some cities all over the world in protest of President Donald Trump, women gathered again to continue the movement.

This year’s protest comes at a time where women are protesting against sexual abuse with the #MeToo and #TimesUp movement.

The march’s main theme, #PowerToThePolls, encouraged participants to think ahead to the country’s mid-term elections in November. At the LA protest, were Viola Davis, Natalie Portman, and Scarlett Johansson joining thousands of women.

One of the the most powerful speeches at this year’s event in LA, was that of Viola Davis where she revealed she was sexually abused, calling on citizens to not just fight for their rights, but also the rights of other citizens, especially those who have no voice.

“Every single day, your job as an American citizen is not just to fight for your rights, but it is to fight for the right of every individual that is taking a breath, whose heart is pumping and breathing on this earth.

I am speaking today not just for the ‘Me Toos, because I was a ‘Me Too,’ but when I raise my hand, I am aware of all the women who are still in silence.