Cisi Eze: 10 Types of Men You Have Met 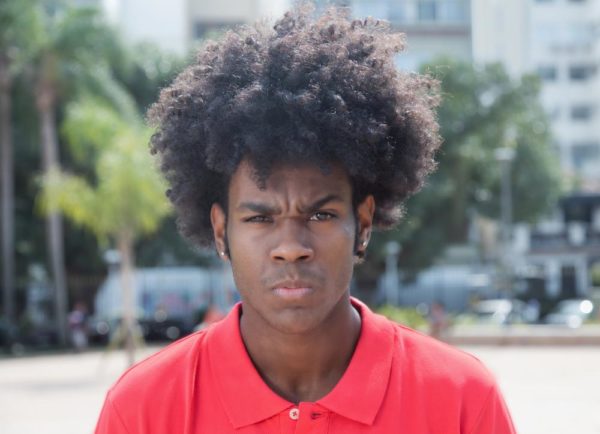 Men are such wonderful beings! For those of us who date men: do you wake up at night to stare at the man you are sleeping with? It is such a lovely sight – when he is not trying to fit into that stereotype that says “boys will be boys”. At this moment, he is at peace. Plot twist: it is this unfortunate stereotype that makes them behave the way they do. They have been socialised to be… (insert your own word). Then again, society also socialised women to be a certain way, but we see women rejecting gender socialisation, as it does not favour us.  Men really do not have an excuse.
Aside our fathers, brothers, sons, romantic partners, and men in our extended families, there are different kind of men in our lives. Here they are:

The Sugar Daddy
You were on your own and married man came to meet you. He took it upon himself to disrespect his marriage vows. To gain your “love”, he probably vilified his wife. “You are my confidant, I can tell you things I can’t tell my wife,” is probably one of the lines he dropped on you. You assessed the situation, and you felt that you would not mind being friends with benefits. You get orgasms and money from him – it is a win-win situation for you. And if he is not useful for orgasms, at least he is useful for money. Sometimes, your conscience reminds you that karma is a b-word that rhymes with witch.

Gay Bestie
He is so cool! You can walk around nude when you visit and nothing would happen. You are safe with him. Because his masculinity is not fragile, you two can do things that the average man would not be willing to do.

The Male Bestie
You two are homies, confidantes. You probably do not realise you love this man. He is like your safe haven. But what if things get awry the moment you two get married? Because he has paid your bride price, he remembers he is the man in the relationship. If you doubt this, watch “Yentl” (1983).

The Crush
You have a crush on this man. At work or in class, your love-struck self draws doodles while thinking about him and the things that could be. You might as well shoot your shot – ask him out. If he ridicules you for making a move, he is not worth it. Take it that you dodged a bullet.

The Sex Partner/Lover
His “love” is your drug. He fills you up, he gives you love, more love than you have ever known. Sex with him is wowmazing. He just knows how to love you. You two are probably not dating, mais heaux est vie.

The Faux Bae
A.k.a. He-That-Has-Been-Friendzoned because “I do not want to ruin this amazing friendship we have.” Nevertheless, he is the first person you call when things go awry in your life. He always comes through, because he loves you for real. The thing is this: does he love you because he cannot have you?

The Pest
This guy does not understand that you can never return his affection. He has pestered you so much you just want to yell, “Get a life, Daquan!”

That Ex
It is sad that we make memories with people who end up being memories. This guy might be living or dead. If he is alive, you get tempted to call him. But remember this: the past is the past, we must learn to let go and focus on the present. The present is a present. And if it was you who left, he is probably pestering you right now. Sis, you do not walk in the same river twice. Be wise.

That Uncle
He is that older man you occasionally run to when you have problems. You two might not be related. He likes you “just because.” Think of him as your fairy god-father. He might have wanted something sexual with you at a point, but you refused. As a wise person, he has given up. Nowadays, he is nice to you, and probably sees you as a daughter or niece. He realises you are compelled to thrive in a patriarchal system of society that does not favour you; ergo, he is there to watch out for you. Bless him.

The Douche Bag
He is el Douché. This man makes you want to hate men. He is that disgusting boss that harasses you; that man on the street who harasses you thinking he is complimenting you; that man who catcalls you when walking; that man who calls you a whore, because you stood up to him; that man who deliberately uses his arm to feel your breast on a bus; that man you are scared to visit; that man you visited only for him to rape you; that man you cannot trust your daughter with, because you have heard his story. I could go on and on. We created “#MenAreScum” for men like him. And because of the guilt festering in his unfortunate soul, he comes online to invalidate that hashtag. He is triggered by the hashtag, because he sees himself in those men for whom we have created that hashtag.

Obviously, there are other types of men, but these ones are the most common. The point is that men are wonderful when they choose to be. Imagine how splendid life would be if they rejected gender socialisation of the male child like women are doing, and behaved like they really, really loved us! With all the violence men perpetuate against women, one is wont to think that men hate women. The level of misogyny in society is overwhelming to the point that living as a woman is some sort of extreme sport.

P.S. Sadly, the men we call out on social media are our fathers, brothers, sons, and relatives. I suggest we call them out at home. Drag them in the house. Charity begins at home. A lot of us are harbouring men who are a threat to the existence of women. If we all talk to these men in our lives, if we can teach them to respect women, who knows, the world would be a safer place for women. Not all men are diabolical, but there are enough evil men to make every woman vulnerable to harm.

Nkem Says: Can We Talk About Something Other Than Your Children?