Ayo Al: Is The World Really Fair To Women? 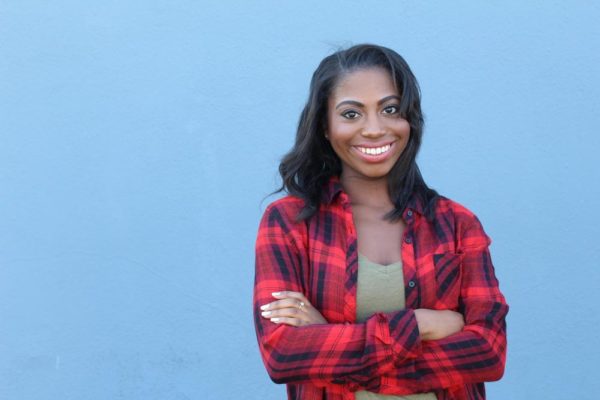 I have never really ‘put my mouth’ into this war between genders- I have not and still do not see myself as a feminist, but I had two enlightening conversations recently and I took some time to ponder.

I visited a lounge to have a drink and a group of men were having a conversation- very loud, if I may add. It was very hot and heated, I saw a lot of angry faces, popping veins and I wondered just what the topic was. I didn’t wait too long before I heard – “This does not need too much talk. A woman who cheats on her husband will be the one to kill him. We men can but women cannot and should not. I cannot live with such a woman”

In my seat, I turned unashamedly towards where the men sat and paid full attention. One man took every one’s attention as he told a story, one which caused a lot of oohs and ahhs as he described a neighbour of his, whose wife had planned to kill him because she was enjoying sex outside with another man.

“This one is Nollywood o” I thought in my mind.

They went on and on and when I had enough, I drained my drink and left. Out of curiosity, I sent a message to a married friend of mine asking if we could talk. He agreed and I asked the question, “What would you do if you find out your wife cheated?”

He replied and I quote: “Once I find out that she cheated, I’ll pick my things and leave the house. I’ll keep taking care of the kids and paying the bills but the marriage is over!”

And if she caught you cheating? I asked again.

“I will not hesitate to go on my knees and beg her. I’ll ask her to forgive me because I love her.”

Why is cheating acceptable for men and women cannot dare? I asked again already irritated.

“I don’t know, he replied. I met things being done this way. It is African mentality.”

I asked a few more questions but at some point, I noticed he was getting defensive and I let it go.

And then just today, taking a walk with a friend, I walked past a man who had very large belly and my friend said “I don’t like men who have big bellies. It’s irritating.”

Why? I asked. “It is just somehow. Isn’t it supposed to be the woman with the belly? Imagine being pregnant and then your husband has big belly also. Just picture it. Let them leave the belly for us biko” she replied.

I thought about it for a while and then, I asked her “But who said women are allowed to have bellies and be shapeless and people find it okay because it’s a woman? ”

Her response? “It is the African mindset in all of us jare”

Now, my question is: is it really the African mindset or may I use a culture that mandates us to demand excellence from just one sex and be harsh with another?

Or have we all gotten so comfortable that we do not even care to know the difference anymore but we all just go with the flow?

I wonder. When did adultery become permissible for a man but an abomination for a woman? When has being fit become something relegated to the man but women are allowed to stay ‘unfine’?

I thought the world was changing… maybe not!

Awala-Ale Mofe: Pay on Delivery in Nigeria – Scrap it or Keep It?