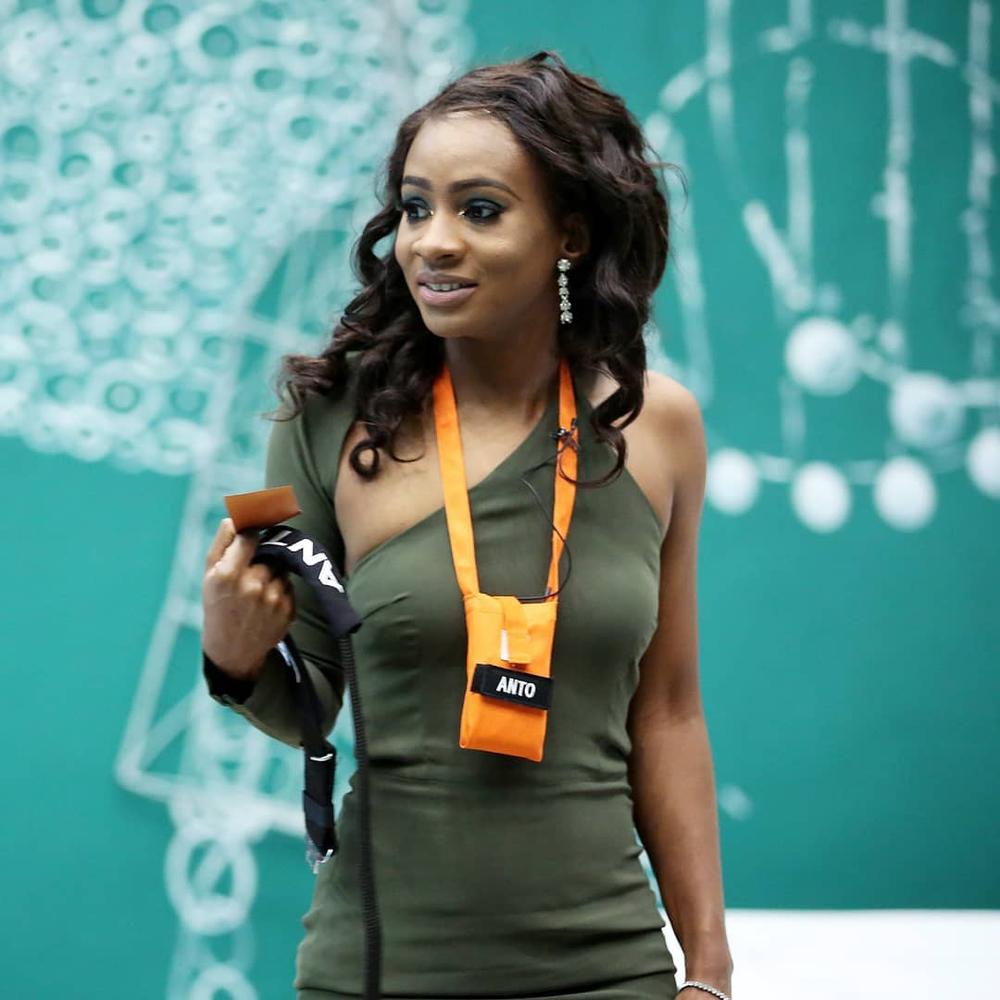 Did you watch day 40 of the Big Brother Naija 3 reality show?

My Beat. My Rhythm

Alex’ energy is so contagious that we all felt it when she first walked onto the Big Brother Naija stage. From queening with her green hair to queening on the dance floor, she’s definitely a force to be reckoned with.

At the beginning, she seemed to have had it all figured out and looked like she knew what she wanted and how she’d get it. In fact, this is true for most if not all of the Housemates. Everyone thought that having watched the show before would give them an upper hand but boy were they wrong. Being so young and in a position where she’d be exposed to so much with the whole of Africa exposed to her, Alex took a bit of a fall and almost completely lost her game plan. With 19 other overbearing personalities in the House, there was evidence of back stabbing and quarrel cocktails that always spilled over and intoxicated the entire House; Alex seemed to take even deeper dives and found it hard to swim to the surface and catch her breath, hence her drowning.

However, it seems like her absence during her ‘recollection period’ did her good because she managed to dodge the Nomination bullet and got out of it with mere scratches and emotional bruises, this due to the consequent Eviction of her bestie Vandora. Little ol’ Alex had gone down so much that the only way was up really and that’s where she seems to be going, slowly but surely. Her gaming philosophy is quiet different from the rest though; during her conversation with Ifu Ennada, she said and we quote, “there’s only one winner, one out of 20 people and you want me to break my leg?” Basically, she’s not about to ruffle any feathers or stab any backs, unless of course it’s done to her.

Her partnership with Tobi wasn’t only remedial for him, she too benefited from it. Even though she’d locked herself in closet Leo for a while, Tobi managed to get through to her and not only was her energy felt during ‘audiogasm’, she cracked the shell and stepped over the pieces in the House too. Although she’s mentioned just how afraid she was of growth, there is some evidence it.

Banked for Returns of Loss

Unlike any challenge they’ve had before, the Heritage Bank Task required intellectual investment and had the Housemates thinking outside the box, basically standing firmly as consumers and curating ideas based om their own  expectations from a financial service provider.

For the first day of the Task, the Housemates went on a treasure hunt and were tasked with finding clues that would eventually lead to them receiving their kit boxes that contained material and attire that would be used for their main Task preparations. The Housemates literally went on a wild goose chase and turned every article in the House upside down. The clues were eventually put together.

Day two of the Task was strategy based. A brief stating the rules of engagement and information on how they were expected to curate their presentations was given. Basically, the Housemates were to build a strategy corner, designated only for Task talk and planning and in addition to that, read up on the on the Octopus and then develop apps based on the features of the Octopus. The groups went straight into the planning, with some Housemates automatically assuming leadership and delegating mini tasks amongst the team member, all was well that was expected to end well.

App For The Money

Today, marking the third and final day of the Task; the Housemates were given an opportunity to brush up on the Apps and polish their presentations. On Biggie’s cue, BamBam representing Team White took to the podium and very few errors and respecting the constraints of time, made her case. She was followed by a clearly well-rehearsed Tobi whose entire plot and presentation was convincing and sounded like an app created by Mars inhabitants, on behalf of Team Blue. Last but not least, with book in hand, Cee-C took to the stage and laid Team Green’s App on the surface for all to see. Theirs was particularly interesting because there were ‘cheater buster’ features and one that could limit one’s budget when on a date with unwelcomed guests; where are the women scorned?

The judges, Anto, Lolu and Teddy A had to deliberate and we’re certain that it wasn’t an easy decision, or do you beg to differ?

With her delicate frame, Anto entered the House on a bouncing stride, looking all pretty, smiley and most particularly guarded.  By virtue of being the only US-born Nigerian in the cohort – and the only spectacled Housemate – she stood out like a sore thumb. Yet she turned what may have appeared like a flaw in her favor. Not only was she fit and sporty, with a clear complexion and general sparkle for life, Anto oozed comfort in her skin, in who she is and in her ability to lead herself.  She never claimed to be other than who she is, a poised, sharp and confident woman.

Housemates have discovered that Anto’s doe eyes covered a fiercely clever personality. From the get go, Anto brushed any male advances aside, taking males down a peg. Without a word, Anto made it known that she wouldn’t entertain anyone’s fantasies, male or female, for she had come to win the ₦ 45 million prize. Regardless, she blended in nicely in the crowd, never loud yet unmissable. Likewise Housemates reciprocated the chill by keeping a respectable distance from Anto. It’s not that they didn’t like her, it’s just that they sensed she simply was not in their little worlds: the guys quickly got to grips with the fact that they stood zero chance for they were not her type at all. As for the girls, they agreed quickly Anto was out of their league, as she was not of the clingy or moody type like some had been, and respected her like an older wiser sister whose long, healthy natural hair they envied.

Yet Anto’s mystery remains solid. While she’s not shy of telling it like it is and sprinkle a few scathing remarks when necessary, no one has really pierced her secrets. No one except perhaps Lolu, her cerebral male alter-ego with whom she has formed a symbiotic pair. These two are so comfortable with each other that they look into each other’s eyes, whisper in each other’s ears, walk arm in arm and sweet-talk themselves to sleep. While Lolu is the clingiest of all, of late, ever since her pairing with Miracle, Anto has made a new ally in the House. She’s been happier to have another source of companionship in the House for they are on the same wavelength. They’ve had such a blast during a few Tasks.

So far Anto’s strategy, like all smart people, has been to downplay her credentials. Her excellent listening abilities have allowed her to steadily navigate the Double Wahala House and adapt to her environment.  Yet one cannot ask but wonder who really Anto is.

One For the Money, Two For The Show

After a gruelling week of environmental awareness and physical constraints, Housemates were ready to get into a good game. Competition is a thing in the Double Wahala House, where week after week, Housemates outdid themselves. Tonight was no different, as they jumped, crawled, climbed, dived and hit the ball like never before. Even Teddy A was undeterred when Biggie called him out for touching the bucket with his hands as he tried to pluck with his teeth, one of the apples out of the water. With forty-nine seconds, Cee-C’s record score was unquestionably the highlight of the Games.

The Art of Losing

As the adrenaline from the Game dissipated, Biggie took a jab at Housemates’ execution of the environmental challenge that didn’t meet his expectation. What was intended to be fun and simple turned out differently. Biggie also scorned Ifu and Lolu for throwing insults at each other. As always, he reassured the House to expect normal water supply again before dropping the bomb that they had lost their wager. At this stage, Housemates looked stunned and jumbled.

After a quick shower and some refreshments, Biggie gathered the Housemates in the lounge again this time to announce the winner of the Task Presentation. After outlining the criteria for the assessment, Biggie announced Team Blue – Ifu, Leo, Tobi and Lolu – and their Oct app as the winners of a 3-course lunch, as well as seed capital for each member, capacity building, access to free business clinics and individual business mentors. To top this very generous reward, each member of the winning team was also awarded a weekend getaway for two in a luxury hotel in Lagos.

Have you been watching? What did you think of the Day 40 activities?

Tiwa Savage and JamJam are Twinning in these Photos ?