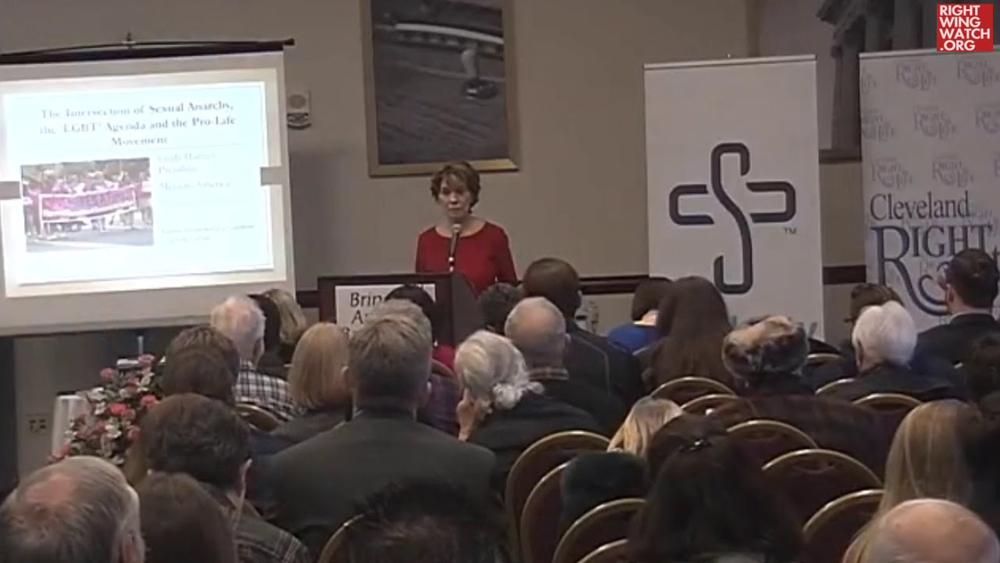 Harvey gave a talk at the Bringing America Back to Life Convention, where she discussed the “LGBTQ agenda.”

The LGBTQ movement, she said, “could be an aspect of God’s judgment on us for aborting millions of our children.”

Harvey went forward to make what she meant plain, saying that without abortions, LGBTQ people would not exist. She said:

Without the rejection of heterosexual norms — husbands and wives who create babies — the LGBTQ movement has no reason to exist.

Related Topics:AbortionBringing America Back to Life ConventionGayLGBTQLinda Harvey
Up Next

Who Called the Police? Watch a New Episode of ‘Sisi Weekly’ to Find Out | BN TV