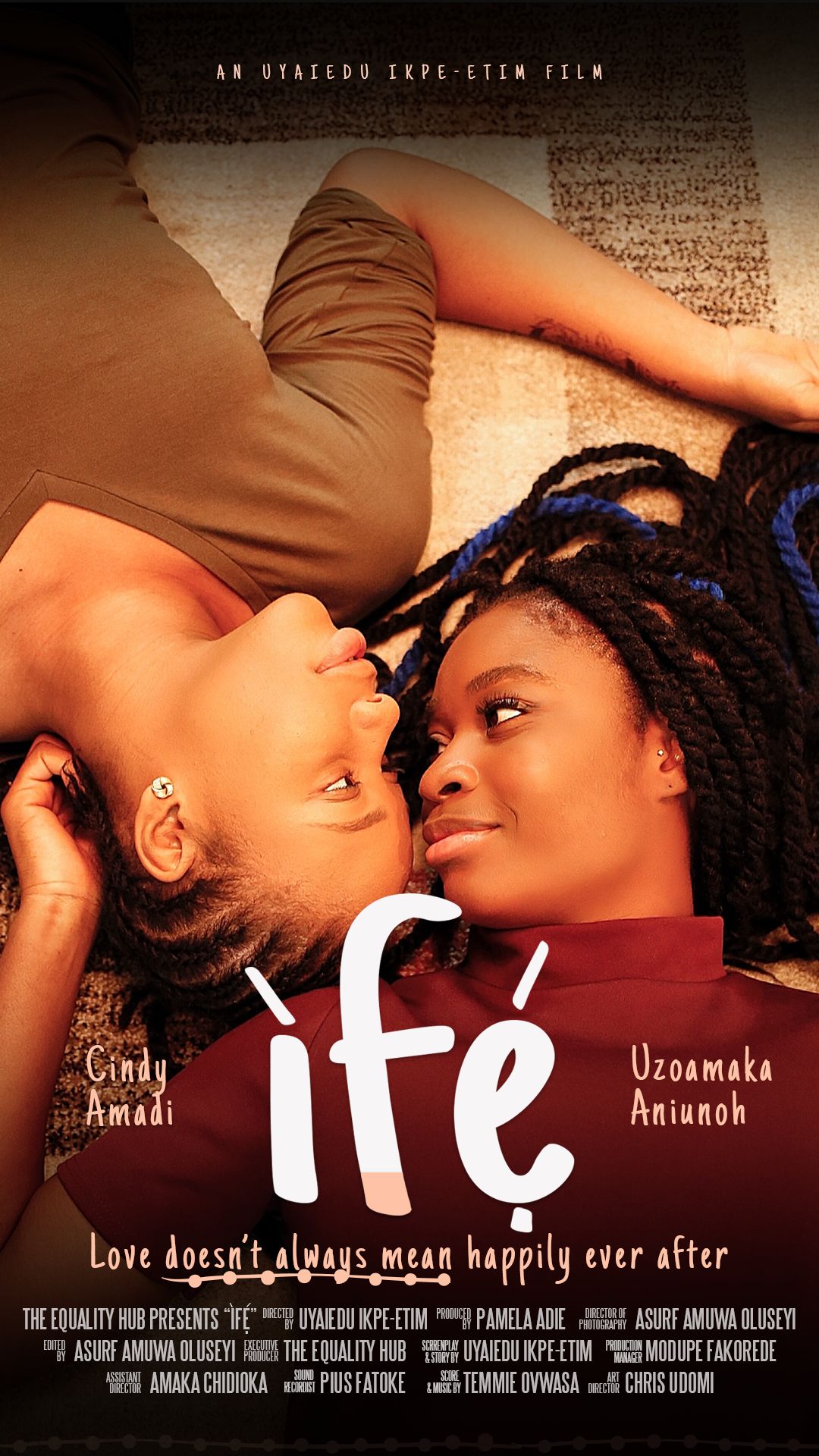 With The Equality Hub‘s “Ìfé,” produced by Pamela Adie and directed by Uyaiedu Ikpe-Etim, this narrative is about to be turned ion its head. They want to show that LGBTQ people are people too.

The films stars “MTV Shuga”’s Uzoamaka Aniunoh and Cindy Amadi, and tells the story of Ìfé and Adaora, two Nigerian women who fall in love over a three-day date. But can their love withstand the realities of being lesbian in Nigeria. 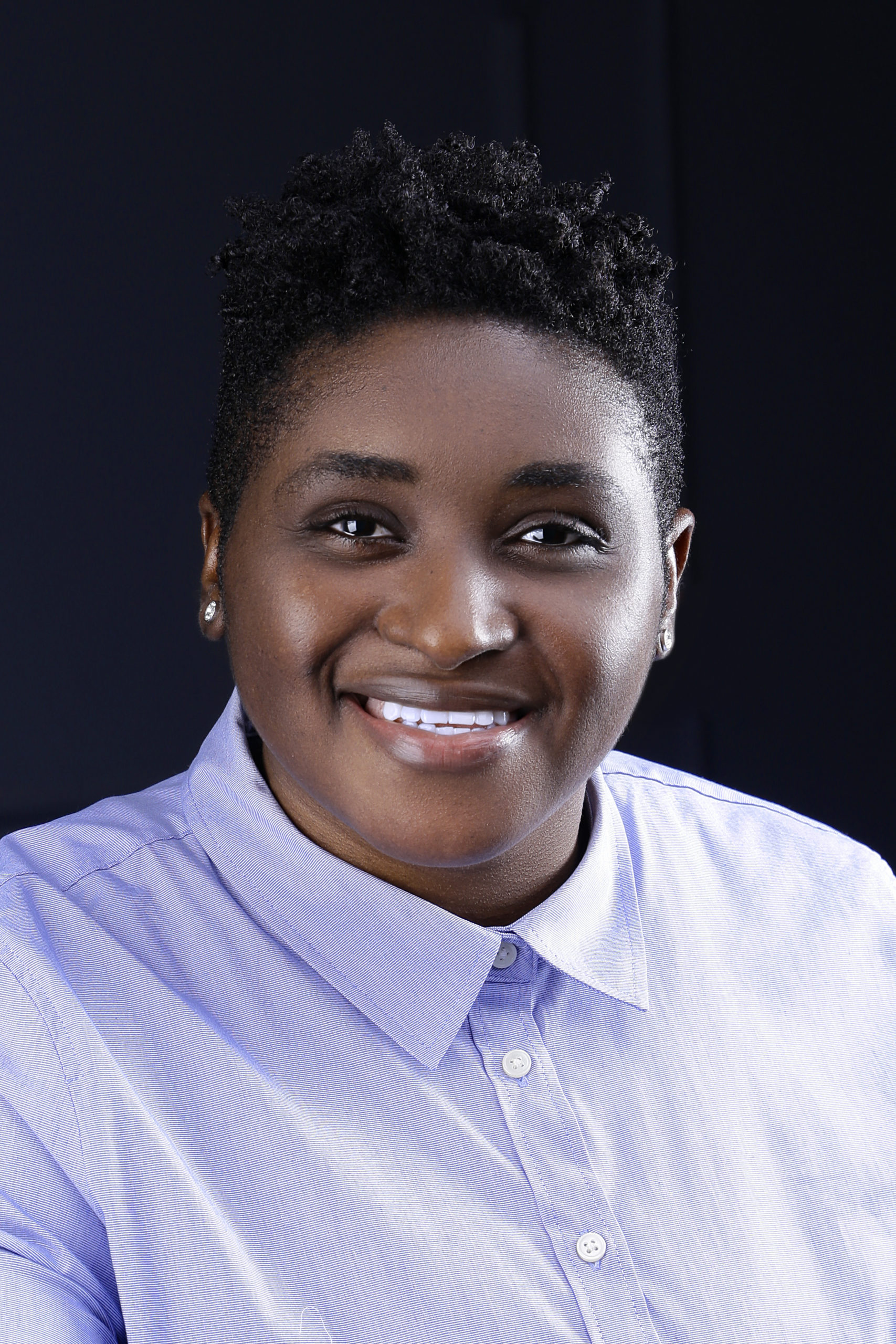 Even though the Director of the National Film and Video Censors Board, Adedayo Thomas, in an interview with Premium Times, criticized the movie, promising to “track down those involved in it” because “the laws of the land prohibits certain things,” Pamela Adie believes the portrayal of same-sex relations in Nollywood is not the reality of everybody, and their stories, especially lesbians, need to be told. She says,

I’ve been on multiple panels where we’ve consistently discussed more representation of lesbian, bisexual and queer(LBQ) women in Nigerian film, yet every time there was a film made that told stories of LGBTQ people, it was centred around gay men. 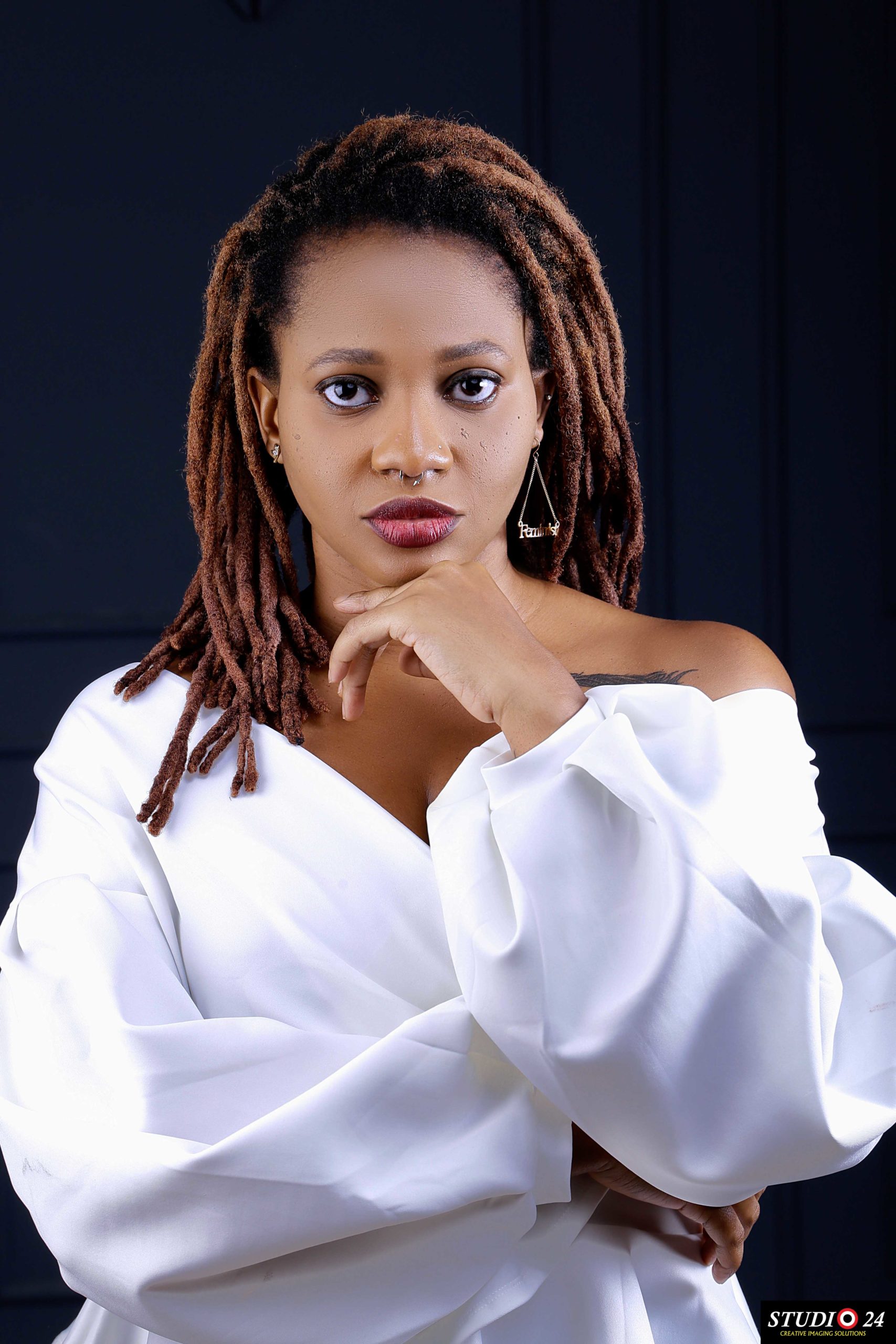 It’s important to note that the LGBTQ are human beings too, just like everybody else.

Working as the producer of the soon-to-be-released movie, she’s adding to the narrative. “We wanted to bring joy to the Nigerian LBQ community who will for the first time see themselves represented accurately on the big screen,” she says.

That was the goal.

Read our exclusive interview with her below!

Nollywood has always had a problematic relationship with its queer characters and is still struggling to come to terms with properly representing LGBTQ Nigerians. How is ‘Ìfé’ seeking to change this narrative?

“Ìfé,” tells the story of two Nigerian women who fall in love over a three-day date but have their love tested by the realities of being in a same-sex relationship in Nigeria. We have never seen such stories in Nollywood. Instead, we’ve consistently seen movies that portray LGBTQ Nigerians as “dangerous” to children, people to be targets of bullying and sexual violence or people in need of “deliverance”. Such negative and harmful stereotypes have perpetuated violent homophobia against LGBTQ people in Nigeria, which has also been enabled by the discriminatory Same-Sex Marriage (Prohibition) Act. So, “Ìfé,” tells a much different story; a story that shows that we are everyone else.

We fall in love, we love our families, we’re also under social pressure, our hearts are broken and we break hearts; just like everyone, regardless of sexual orientation and gender identity. Hopefully, this encourages other filmmakers in Nollywood to make more films that accurately portray the lived realities of LGBTQ people. Or maybe not. Either way, we will keep telling our stories. 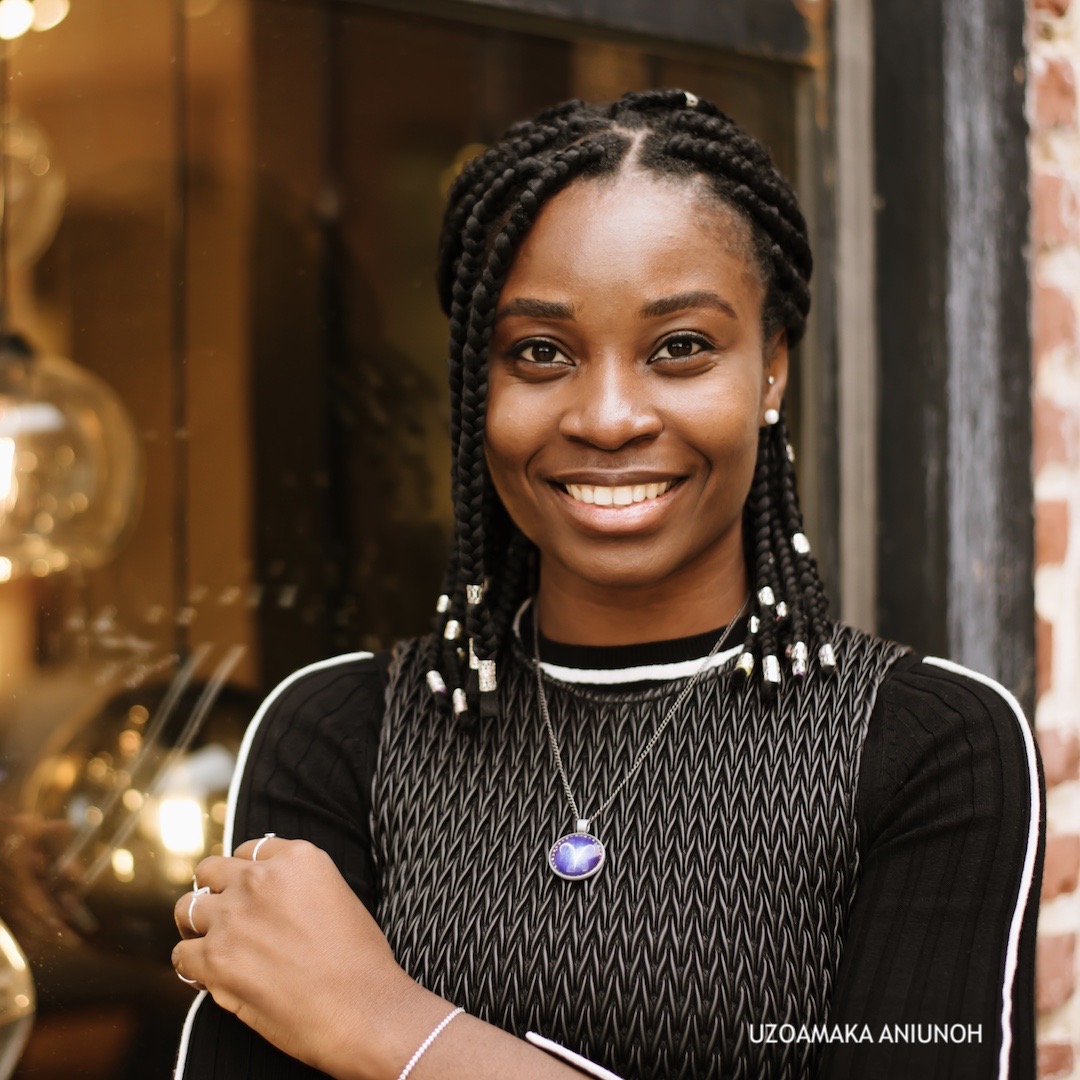 What has the whole process of making “Ìfé” taught you?

Making “Ìfé” has taught me that anything is possible and we must always stay open to life and its endless possibilities. This time last year, I had just released “Under The Rainbow”, a visual memoir of my life story, and I had no plans of making another film this year. But COVID happened and cancelled all our plans. That cleared the way for “Ìfé” to happen, and here we are. So, anything can happen, even when it seems like nothing can happen; stay open and look for opportunities in difficulties.

While choosing the cast for “Ìfé”, what qualities did you look out for?

We were looking for a few things. We wanted people that could act, or had the highest potential to be great actors. We were also looking for actors who were relatively unknown or were at the beginning stages of their acting careers; this was particularly important to us because we are trying to identify and grow local talent. Lastly, we wanted people who truly believed in what we’re trying to do and understood the reason it had to be done. 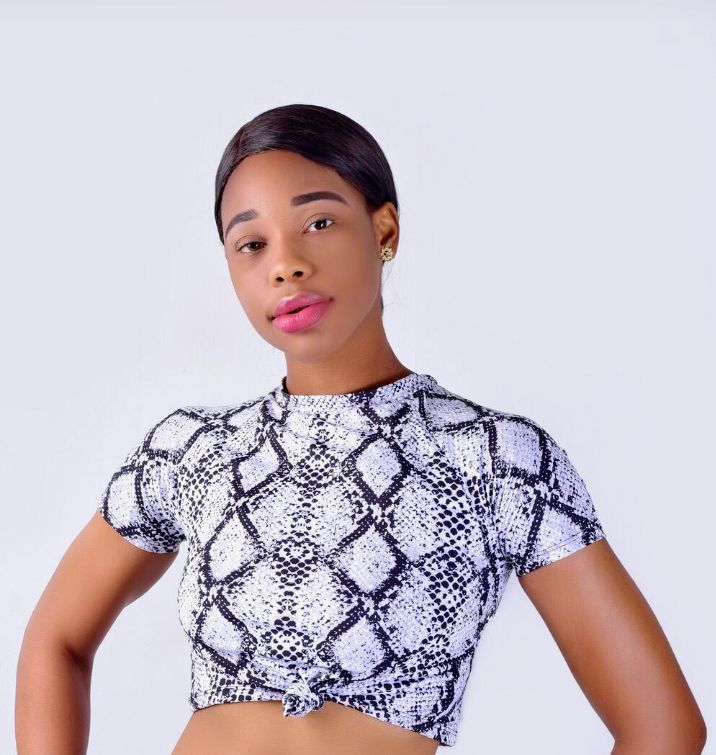 I’ve seen so many times when actors do not believe in the message of the film they’re acting in or have conflicting or opposite world views different from that of the film. In my opinion, that is contradictory and does not really help the film. So, we were looking for people who believed in equal rights and understood the negative effects discrimination and homophobia has on the lives LGBTQ people. We were ultimately looking for people who were passionate about portraying that reality. We were lucky to have found exactly what we were looking for.

What’s one thing you want your audience to feel and learn while watching “Ìfé”?

”Ìfé is dedicated to the Nigerian LBQ community. When they see this film, I’d like them to feel seen and feel the joy that comes with that. I’d also like people to feel as they would when they see a complicated love-story and to understand the social nuances that affect a person’s life and the choices they make. 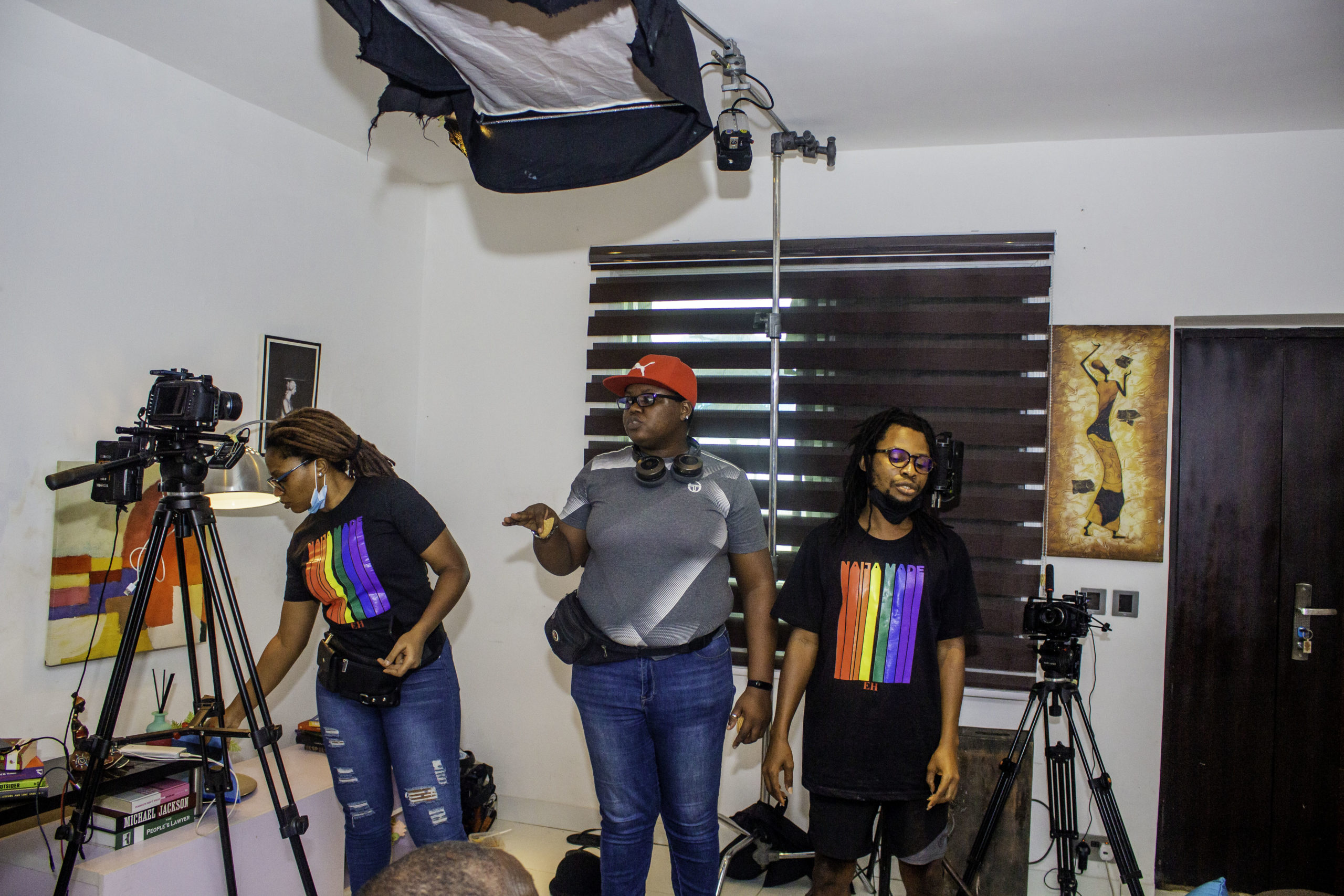 Apart from “Ìfé”, how else are you creating LGBTQ-inclusive content and how are you ensuring queer folks can take up space in the arts

The Equality Hub is building an online platform that will house digital content in the form of films, podcasts, and web series. We are currently curating that content and very soon we will launch the platform and everyone will have access to everything there, including our documentary film, “Under The Rainbow”.

The thing is that LGBTQ folks are in the arts, we’re in music, fashion, film, etc. We are some of the most creative people in Nigeria. Now, the conversation is about how can we thrive in these industries as ourselves without the need to hide our sexuality or shy away from topics or work that explores our lived realities? This year, I’ll be at the Abuja Literary and Arts Festival, where I will be speaking about how LGBTQ creatives can take up space in the arts. It will be a virtual event and I hope people register and join the conversation.

Watch the trailer for “Ìfé” below:

#BBNaija Day – 18: The Housemates get Creative with their 80s Musical Wager Task & It’s a Win!