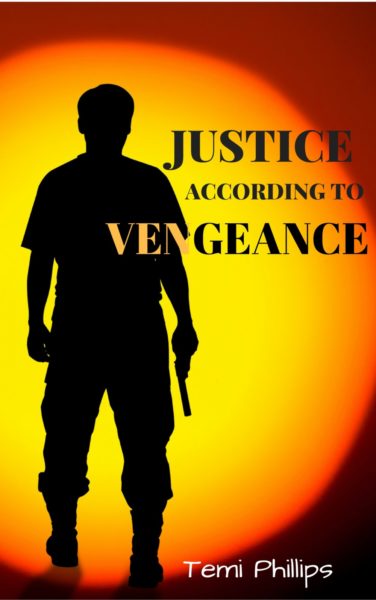 “Okay young lady, time to head home.” Simon said and Rèmí made a sad face.
“Can’t we stay just a bit longer?” she asked.
“No Love, it’s late and I’m sure they’re ready to kick us out of here.”
They were the only Patrons left at the Pizzeria and it was already way past midnight. Santiago’s was this quaint Italian place tucked away in a quiet close off Adéníran Ògúnsànyà that Simon had found on one of his numerous night forays. They served pizzas baked in traditional wood-fired brick ovens and they had one of the best wine collections in the country as far as Simon was concerned, and being the wine connoisseur that he was, he sure as hell knew what he was talking about, even if he said so himself.
“Besides, we don’t want Ese’s ice cream melting, do we?” he said to Rèmí.
“No.” she replied mournfully. It was only when she was with her father that she got to do cool things like staying up until past midnight or having a tiny sip of the wine which her father had said cost more than $3,000 a bottle.
“Know what? We’ll go out for Mexican food tomorrow. My special treat.”
“Yay!” she squealed, perking up immediately.
They left the Pizzeria and were soon on Fúnsó Williams Avenue. Rèmí flipped through the stations on the radio already bored and itching for the next exciting adventure.
“Daddy, when are you going to teach me how to drive?” she asked and he smiled.
“Soon.” He said.
“How soon?”
“Very soon.”
She thought about that for all of two seconds.
“Next week?”
“Next week?!” He laughed.
“Yes daddy, next week is Christmas and I’ll be leaving the week after that so we don’t have much time.” She replied.
“Sweetie, I was thinking more like in the next six years or so!”
“What! Six years?!” Rèmí wailed in disbelief. She wasn’t quite used to not getting her way.
“Yes, Love. Forget about driving for now.”
“But that’s not fair!” she whined, pouting and folding her arms across her chest. She looked so much like her mother right then, and he smiled.
At that time of the night, the traffic that was the signature of the area had disappeared and he ascended Èko Bridge with no qualms.
“I’ll just ask mum then.” She said. “Then, she’ll get to be the one to teach me.”
Simon sighed. So much like her mother!
“Your mother would shut it down before you even know what hit you and you won’t be seeing the insides of a car until you’re fifty!” he said to her and she huffed really pissed.
“Well, I’ll just tell her it was your idea then!”
“What?!”
“Just please teach me, I promise it’ll remain our little secret!” she said earnestly.
“Young woman, are you trying to blackmail me?!”
“Daddy, I’m just saying that…”
Just then, a loud popping sound reverberated through the car and it swerved to the right. Simon gripped the wheel and tried to steady the car and Rèmí screamed.
“Daddy, what’s happening!” She screamed above the whooshing that followed the popping sound.
“Don’t worry Baby, we’ll be fine.” He said eyes fixed on the road ahead. The car started to vibrate violently as he struggled to keep it away from the edge of the bridge. The right side of the bumper hit the concrete shoulder with a scraping sound that got Rèmí screaming again in panic. Simon gripped the steering tighter and resisted to urge to stomp on the brakes.
“We’re gonna be fine Sweetie.” He said trying to soothe her. “Just hang in there.”
After what felt like a lifetime, the car started to lose speed and finally rolled to a stop. Immediately, Rèmí launched herself into his arms sobbing.
“It’s alright Baby. We’re fine now.” He said, trying not to shake himself. Those had been the longest few minutes of his entire life.
“I’m so scared daddy.” Rèmí sobbed. “I wanna go home.”
“Yes Sweetie, we’ll be home before you know it.”
It was going on 1 a.m. and the bridge was totally deserted. A few cars sped by but of course, no one stopped to offer any help. Simon reckoned he needed about fifteen minutes, tops, to change the blown-out tire.
“Sweetie?”
“Huh?” Rèmí sniffled.
“I’m going to have to change the tire.”
Instinctively, Rèmí’s arms tightened around his neck.
“I’ll just get out of the car for two minutes…”
“Daddy please don’t leave me alone!” she whimpered.
“Hey Baby, look at me.” He said holding her away from him to look at her face. “I’ll be right back before you know it, promise.”
“Daddy…”
“Press the lock when I get out and don’t open it until I tell you to, alright?”
She nodded at him still whimpering.
“I’ll be right back Baby.” He said and kissed the top of her head. “Just don’t get out of the car for any reason, alright?”
She nodded again.

His sixth sense kicked in as he stepped out of the car and made for the boot. The bridge was still deserted and he didn’t see any approaching headlights. They were close to the descent of the bridge but he didn’t think they were close enough for anyone to be able to jump over the sides of the bridge. In about twenty seconds, he had the spare wheel, spanner, and jack out. With the wooden wedge he kept handy in the boot in place, he loosened the nuts in another thirty seconds. He assessed his surroundings again as he started to pump the jack. A lone car sped past without slowing, but apart from that, all was still and quiet. Quickly and efficiently, he removed the damaged wheel, which wasn’t an easy task because of how close the car had swerved to the concrete shoulder. He took a moment to marvel at how lucky they were to have escaped the incidence unscathed. The sidewall of the tire had blown out completely and all that was left of it was burnt rubber from which protruded wire splines and a dented rim.
As he re-tightened the nuts, he looked into the car and gave Rèmí a reassuring smile. She wove and gave him a brave smile in return. Quickly, he finished changing the tire and packed up his tools. He signaled to Rèmí to open the doors.

“Ògbeni, kí ló nselè?”
Simon swiveled around at the voice. He hadn’t seen or heard the guy approach. In the glow of the street lamps, he saw the ugly scar running down one side of the thug’s face and missing his left eye by a few centimeters. He didn’t want to imagine how the man had gotten the scar.

“O ma sanwó ilè o! You go settle us oh! Orò kpé o kàn lè park sí ilè Oba lásán ni!” Scarface said.
With a sinking feeling, Simon saw another two others crossing the bridge from the opposite lanes. Quickly, he took off his Rolex and handed it to Scar Face.

“Emáà bínú, Please, I don’t want any trouble.” He said. “I beg of you, ejòó, just take watch. Take anything you want.”
While Scarface was busy admiring the wristwatch and wondering at his excellent luck, Simon reached behind him and opened the door without taking his eyes off the thugs.

“Area, báwo ló sé ńlo? Bá èmi náà wá nkan. Find me something too jàre!” One of the other thugs said, catching up with his lucky friend. His voice came out nasal and guttural, and his nose stood at an awkward angle on his pockmarked face. It had probably been broken at some point in his life and had never been reset properly. Or maybe it had just been broken too many times. The third one had a filthy red bandana on his head, which he held in place with one hand as he ran the last few yards to the car.

Simon pulled the door open then and jumped in, but Beak Nose was faster and grabbed a hold of his arm. Simon pressed the auto ignition button with his free hand and tried to shift the car into drive. Rèmí screamed as the thugs dragged him from the car….

****
Justice According to Vengeance is available for sale HERE on Okada Books. It is also available on Amazon in paperback.

Your Better Self with Akanna: The Groomsmen

Adetunwase Adenle, the Teacher & Artist with 4 Guinness World Records is our #BellaNaijaMCM this Week