Nobody gives me credit for conducting the freest elections - Babangida | WATCH

The Drama Unfolds on this Final Episode of "Discovering Princess Shyngle” 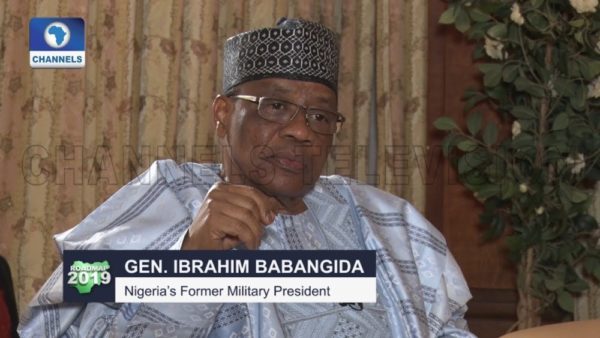 Former Head of State Ibrahim Babangida has said he isn’t given enough credit for conducting the freest elections in Nigeria.

Speaking at an interview with Channels TV, IBB discussed the annulled 1993 elections.

The June 12, 1993, elections, often regarded as the freest and fairest elections in the history of Nigeria, had M.K.O. Abiola of the Social Democratic Party run against Bashir Tofa of the National Republican Convention.

Abiola had been believed to be the winner, but the Head of State at the time, Babangida, soon annulled the elections.

Babangida, speaking in the interview, said it’s often said that he annulled the elections, but no one gives him the credit for conducting the elections.

Together, We Can Create a Safe Space for Mental Illness Victims! Make a Contribution Today