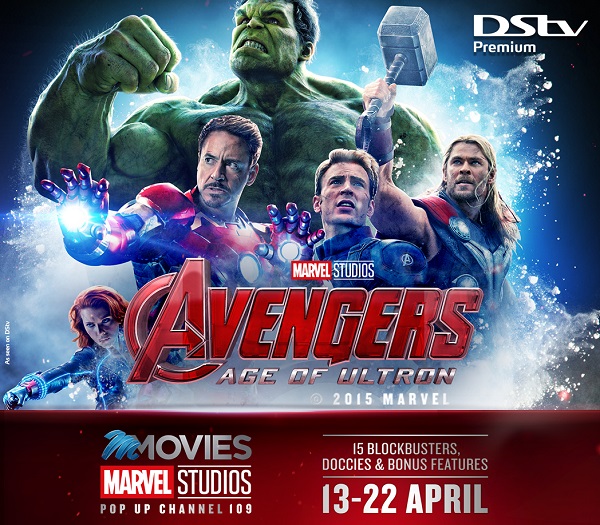 You can now watch and enjoy all your favourite superheroes on M-Net Movies Marvel Pop Up channel, and it’s exclusive to DStv Premium subscribers only.

Marvel fans will get the opportunity to watch behind the scenes of movies like United We Stand, Divided We Fall; The Making of Captain America: Civil War and documentaries like Marvel 75 Years from Pulp to pop; Ultimate Iron Man: The Making of Iron Man 2 Rebuilding the Suit, amongst others

Definitely, fans will have an amazing time in the home of Marvel superheroes. The channel will be available on DStv channel 109 from Friday, April 13th to Sunday, April 22nd 2018.

So, stay connected to non-stop heroic entertainment and the Marvel excitement in DStv. Hurry and upgrade to DStv Premium today.