What Shall It Profit You to Be Popular But Remain Penniless? 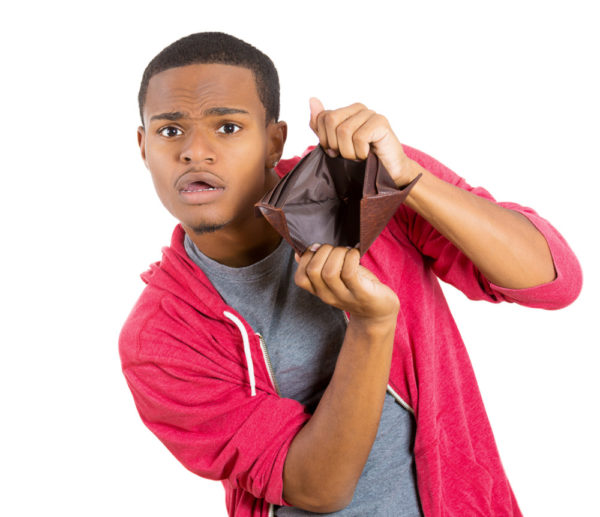 Everyone craves a form of attention or the other; but while some are content with love and affection from family and friends, others take it up a notch. They desire to be recognized, by not only family and friends, but also by members of their immediate community. Some even strive to be known around the world. This intense desire for attention and recognition forms the basis for their pursuit of fame.

We equate fame with success, believing that fame is wealth. Unfortunately, this assumption is far from the reality. Fame is no guarantee that you have money. While some (a small number) of these celebrities might have some money in their account, in reality, a larger number are famous and broke. In Nigeria, especially, most of our celebrities: actors, musicians, OAPs, fashionistas, e.t.c are knee-deep in poverty. They basically live a life of faking it till they make it.

Their financial struggles usually are two-fold: there are either broke because they just haven’t started making money and are too proud to take on a side-job (they don’t want to ruin their packaging); or they are broke because they make money and waste it on frivolities rather than invest it. There is the need to put up a façade that suggests affluence. They have to keep up appearances and maintain the status bestowed on them by fans, who have put them on a pedestal. For instance, an artiste might have a hit song on the radio and is broke, but will use their last financial resource to attend a radio or TV interview.

To be fair, celebrities to a certain extent are not “allowed” to be broke. Rumors about them being broke can ruin their career for good, so most celebs just ‘lock up’ and suffer in silence. Even worse, they take desperate measures to make ends meet. The need to present a successful lifestyle makes it hard for them to receive support from those who are willing.

Perhaps the sad thing is that a number of young Nigerians now refuse to focus on their studies, branch into entrepreneurship or even do the 9-5 because they want to “blow”. They are in pursuit of fame and the celebrity lifestyle, not knowing that for the most part, it’s relatively benign.

Of course, there is nothing wrong with being famous. The idea of being famous has great appeal, and with good reason. It seems to offer very significant benefits: you will gain admiration from strangers, they’ll ask to take a photo with you; other people will be flattered and delighted, even if you are just slightly interested in them; you will get preferential treatment and your complaints will be taken very seriously; your happiness will become the focus of everyone’s efforts; you will make or break other people’s reputations. You’ll be boss. Right? But while fame can be a cool experience, would it really be worth it without money?

Fame without money will probably just be a life of unnecessary “gragra”, one without meaning. While there are certain perks to being famous, there are certain downfalls such as loss of privacy, the risk of kidnapping, resentment from others e.t.c, and with no wealth to cushion those possible blows, what would be the point?

Awala-Ale Mofe: ‘You Have Put On Weight’ is Not a Form of Greeting

Design for Business with DODO: How Netflix Used Design to Advance in their Industry