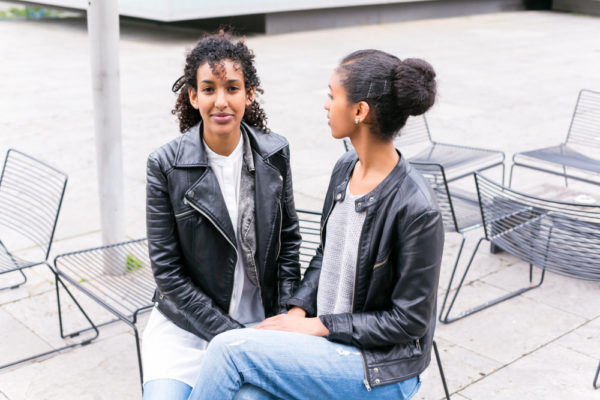 Menelaos Apostolou in his “ground-breaking” “magnum opus”  declared that female queerness is an evolutionary trait. “A lot of men indicate a desire to have a partner who also experience same-sex attraction,” Apostolou said to IBTimes UK. He went on: “These kinds of sexual traits are more instinctive. It is a mechanism that has been selected to serve a purpose – to make you reproduce. (…) My argument in the paper is this: A considerable proportion of men desire same-sex attractions in women, and this is one possible reason why many women have such attractions.” He carried out this wonderful, brilliant “research” interviewing 1,509 hetero males and zero queer women.

It would seem as though society is more forgiving of lesbians and bisexual women, not of gay and bisexual men. This brand of homophobia, this selective homophobia, came into existence because Average Hetero Men (AHEM) believe that lesbians and bisexual women were created for the pleasure of men. Sadly, certain religions buttress this ludicrous idea via obsolete books written by sexist men, who claim to have been inspired by a deity – their limited idea of the Universe. Other social institutions reinforce the idea of women’s existence being created for men. E.g., a woman is not permitted to be sexual until she is bound to a man through marriage. This explains the irksome insistence on virginity.

On hearing that a woman is queer, AHEM – Average Hetero Men, this breed of men who feel entitled to women – are delighted. Mentally, they are like happy penguins tapping their feet in joy, as the possibility of a ménage à trois looms ahead in the horizon. It is a win-win situation, they think. Sex with one woman is sexy; with two women, it is sexier. They buff their egos by proving their sexual prowess with two women and it would be an utmost delight to watch these women get sexual with themselves. Besides, the concept of “conquering” a woman who is apparently not interested in having anything sexual with them gives a heightened thrill. Conversely, queer men revolt them, anger them, and burn their blood. They would rather hug a venomous snake than fraternise with queer men.

To support their homophobia, heterosexual men say things like,”How would a guy be looking at me like that?” “I don’t want anyone to rape me.” These words tumble from their lips, as though they are not guilty of doing the same to women. Average Hetero Men (AHEM) are scared gay and bisexual men would treat them the exact way they (AHEM) treat women. Underneath the facade of “rugged” masculinity, lies fear.

Entitlement to women’s bodies is one of the unearned privileges “The Patriarchy” has dropped on men’s thighs. Women are wary that men would exercise this privilege. If women were honest, we would admit we are scared of AHEM. We are scared. Yes, we might have “menphobia” (androphobia, if you may). We go ahead to call them out for the same thing that fuels their homophobia and they say we are misandrist. These selective homophobes are scared of eating from the same dish they are serving. They are scared queer men do not understand consent like they do.

The kind of homophobia rife in society is the hate and fear of queer men, not necessarily queer women. Society is homophobic because of Average Hetero Males (AHEM). Were homophobia solely based on morality, society would not be selectively homophobic –we would not fetishisise queer feminine women. A moral code is only valid when it applies to everyone regardless of whatever social category or circumstance.

Fetishisation is not acceptance.

If we can be slightly lenient towards queer women, we should extend the same gesture to queer men. Homophobia is homophobia. It is hypocrisy to be conveniently homophobic. Hetero men should stop being selectively homophobic out of fear of what queer men could do to them. AHEM have posed the same threat to women, yet we date them and marry them. We have cooked their meals, and somehow, we have managed not to poison them out of existence based on the fear of what they could do to us.

One of the core ideas of feminism is getting rid of sex/gender double standards. We must not treat people differently based on body parts they did not choose. The rules must apply to everyone. No one party should be favoured to the disadvantage of the other. If society is comfortable with two women together, it only makes sense that it should be tolerating of two men in love. What is it about love that inspires hate in us? No one was born with ingrained prejudice. “That is how it has always been; it is not our culture,” is not an excuse to espouse toxic values that are detrimental to people who are not hurting us.

P.S. This article does not invalidate that queer women are on the receiving end of homophobia. Queer women are affected by this social problem. Most times, queer women face homophobia from men when they do not play to the sexual fantasies of Average Hetero Men. Do masculine-presenting lesbians get the same pass as feminine-presenting lesbians? In addition, sexual intercourse has been defined around the phallus; ergo, we find people who dismiss sex between women.

Rejoice Abutsa: Are You Invading Someone’s Life with Your Social Media Use?

Nkem Says: The Issue with Friends Setting You Up